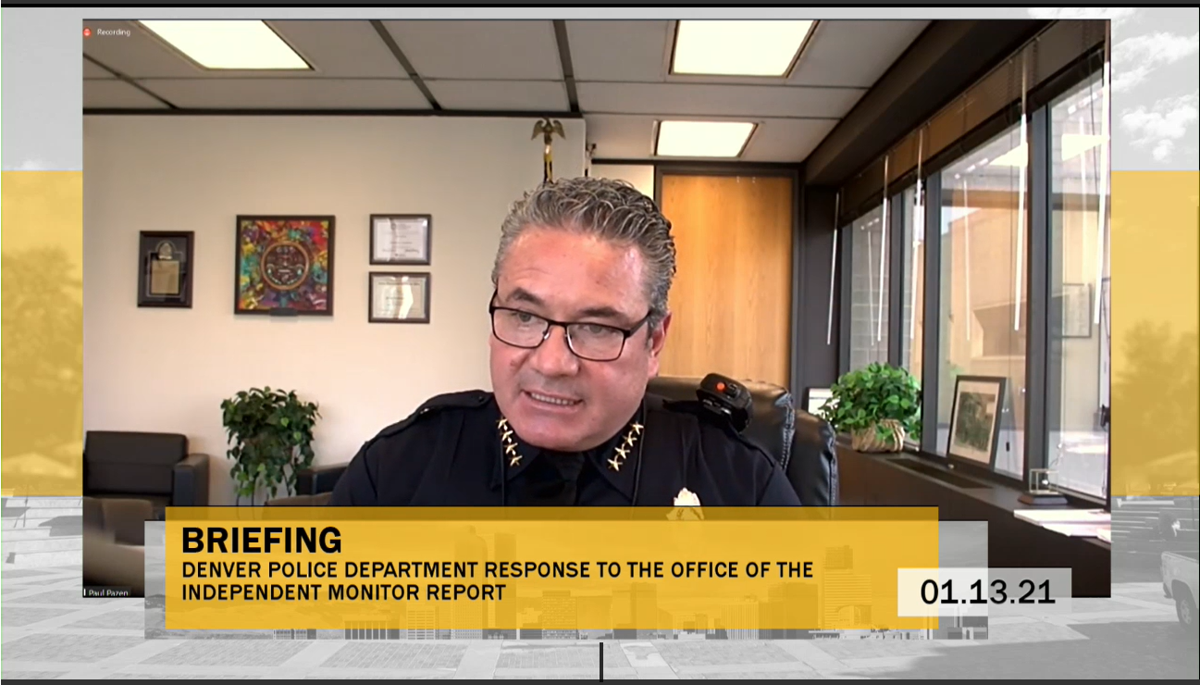 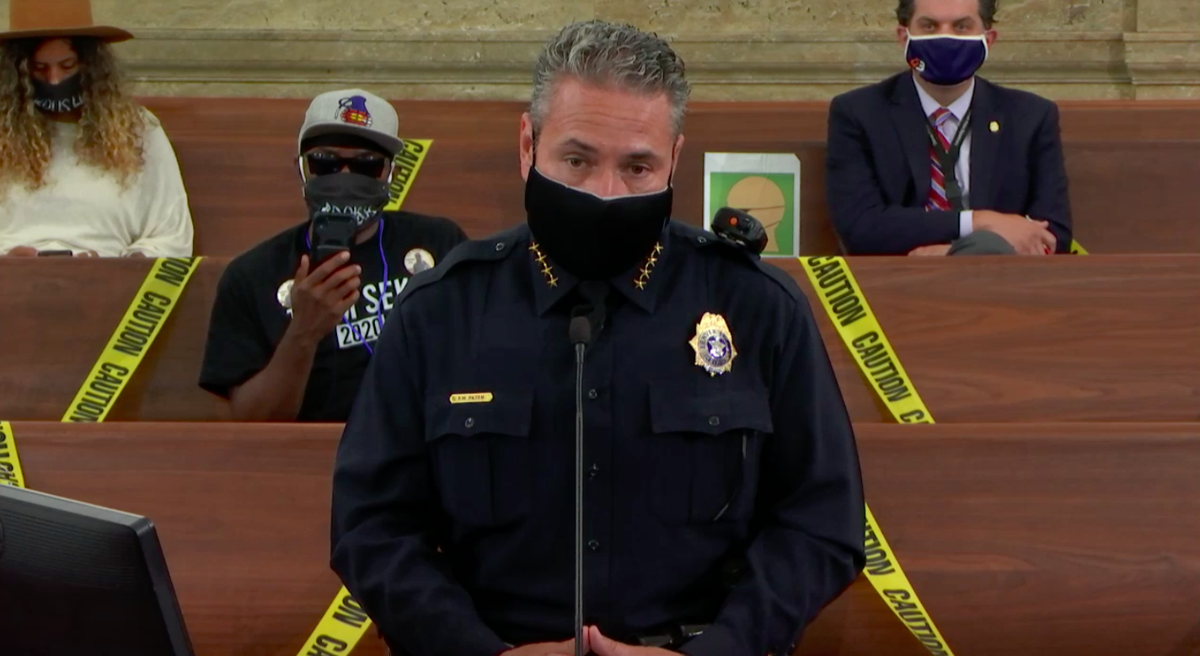 Pazen had addressed the council after a December report from the Office of the Independent Monitor laid out problematic issues in the DPD’s response to protests that erupted last spring after the death of George Floyd in Minneapolis.

“Hopefully, we as a society can learn from the mistakes that we’ve made in the past, and root out the issues that led to the horrific killing of George Floyd in the first place. However, we … are still dealing with significant challenges, and we are committed to improve our response both for accountability and transparency in an effort to utilize as minimal amount of force as only reasonable and necessary,” Pazen said.

But some key details about the DPD’s responses remain murky. And for public commenters and some committee members, tweaks to processes and promises to do better next time aren’t enough.

Pazen didn’t have exact numbers at hand on how many department investigations of officer conduct are ongoing or have been closed, or if any officers are being disciplined. It has been previously reported that the department has closed 20 internal investigations of officer conduct during the protests, because the officers involved couldn’t be identified.

He also didn’t have exact figures about the costs to the city of Denver police’s responses to the protests, such as staffing, overtime and costs of less-lethal munition supplies.

“I believe that while it’s important, obviously, to control less-lethal munitions and to have rosters, I think at the heart of a lot of people’s concerns is that change of culture that needs to be had and the importance of addressing implicit bias,” said District 6 Councilmember Paul Kashmann, the committee’s chair.

“Let’s actually focus on the outcomes, because I’m hearing a lot about process, and process doesn’t matter if we don’t get any outcomes that change the situation,” said District 9 Councilmember Candi CdeBaca.

A December report from Denver’s Office of the Independent Monitor found myriad shortcomings in the Denver Police Department’s responses in the first days of the protests in late May and early June.

The issues spanned gaps in record-keeping, comprehensive body-worn camera use and deployment of less-lethal weapons. Among the findings: The DPD did not create rosters for officers assigned to the protests in the first few days.

Body camera footage existed for only 38 of the 150 to 200 officers present on June 1, the first day of protests for which officer rosters were available. Name badges were not visible on many officers. Officers used less-lethal weapons in dangerous ways, such as deploying them at protesters’ heads, and the weapons were used by some who did not have proper authorization.

The report attributed the shortcomings in some instances to failures to follow established DPD policies for crowd control situations, and in others to a lack of clear department policies to guide officer conduct.

In a press conference when the report was made public, Pazen attributed the DPD’s chaotic responses to a lack of time to plan for the protests, reasoning he returned to in Wednesday’s presentation. He again drew a comparison to the 2008 Democratic National Convention held in Denver, saying law enforcement had months to plan its responses and security measures. But Pazen acknowledged the need to bolster training for preparing officers for unplanned situations.

The DPD has agreed with recommendations made by the OIM. Among the changes highlighted by Pazen in Wednesday’s presentation, he said the DPD has updated its policy to require officers to complete use-of-force reports by the end of their shifts. The OIM report found use-of-force reports during last year’s protests were often completed several days after the incidents.

The DPD has also agreed to stop using rubber-ball grenades during crowd-control situations.

Pazen said some officers had issues attaching body-worn cameras to protective gear, a problem he said has been fixed to make sure all officers who are required to wear cameras during protest responses have them.

The department agreed to formalize its adoption of most of the recommendations by Jan. 31.

District 2 Councilmember Kevin Flynn asked Pazen what the DPD’s policies say about responding to a small fraction of people who behave violently and cause damage to property while protecting the rights of otherwise peaceful protesters to demonstrate.

“What is in our manual is to make every effort to address the individual who is causing harm, without negatively impacting the peaceful protesters who are gathered there exercising their First Amendment right,” Pazen said.

“We do want people to have their voices heard, to have those voices heard in a peaceful way to turn those into actions like voting to get the types of changes that we need, without resorting to violence. Violence is not the answer.”

But a few public commenters and council members bristled at what they saw as an outsized focus by the DPD on protecting property and street intersections during the protests.

At-large Councilmember Robin Kniech said there’s a need to recognize a distinction between appropriate measures for defense of space and defense of life.

Flynn pressed Pazen on whether changes the DPD has promised for crowd-control operations, such as banning the use of rubber-ball grenades and bolstering the use of body-worn cameras and disallowing rubber-ball grenades, can be implemented before the Jan. 31 deadline the department has set for itself, given concerns about potential uprisings around the Jan. 20 inauguration of President-elect Joe Biden.

Pazen assured the committee the changes have already been made.

It’s not like officers [are] saying, ‘On January 31, this is my last day to use the rubber ball grenades, right?” Flynn said.