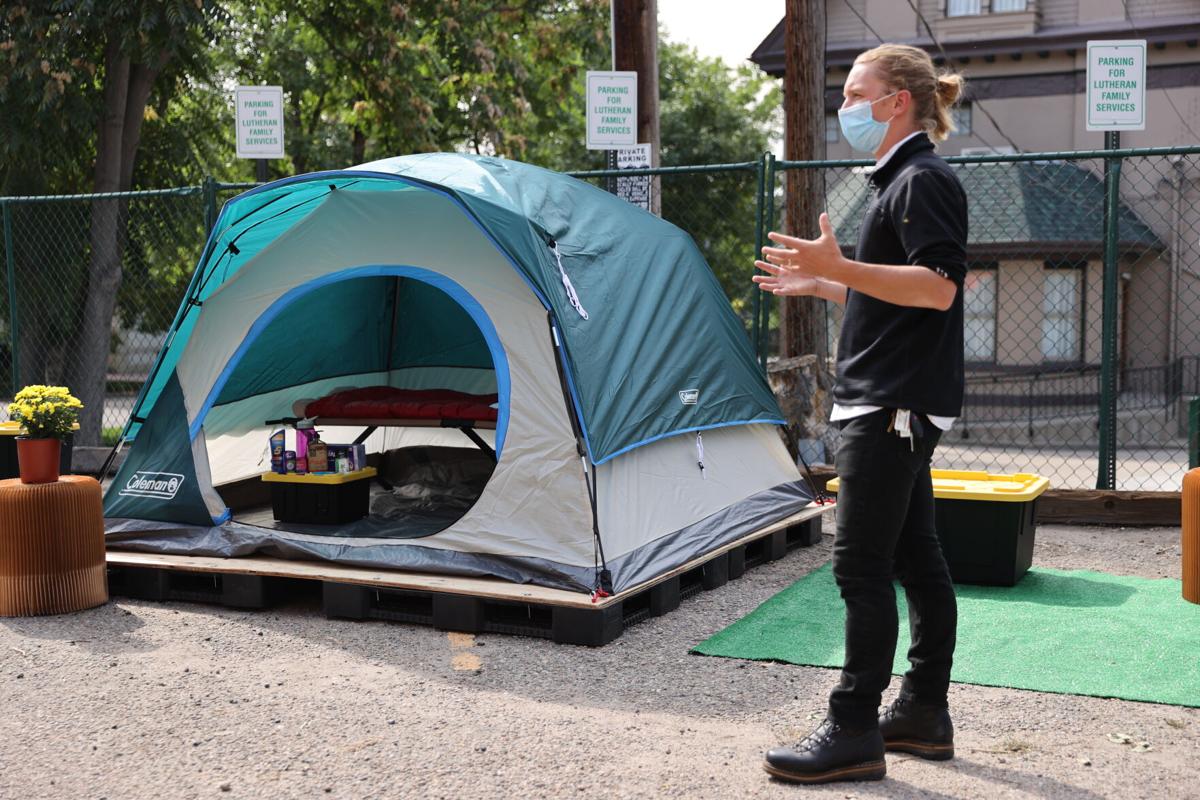 Cole Chandler, the executive director of the Colorado Village Collaborative, speaks to members of the media in front of a model tent during the media tour of a Denver Safe Outdoor Space at Belong Church in Denver on Oct. 2, 2020. The SOS is part of a partnership between Belong Church, the Colorado Village Collaborative and the Interfaith Alliance. (Forrest Czarnecki/The Gazette) 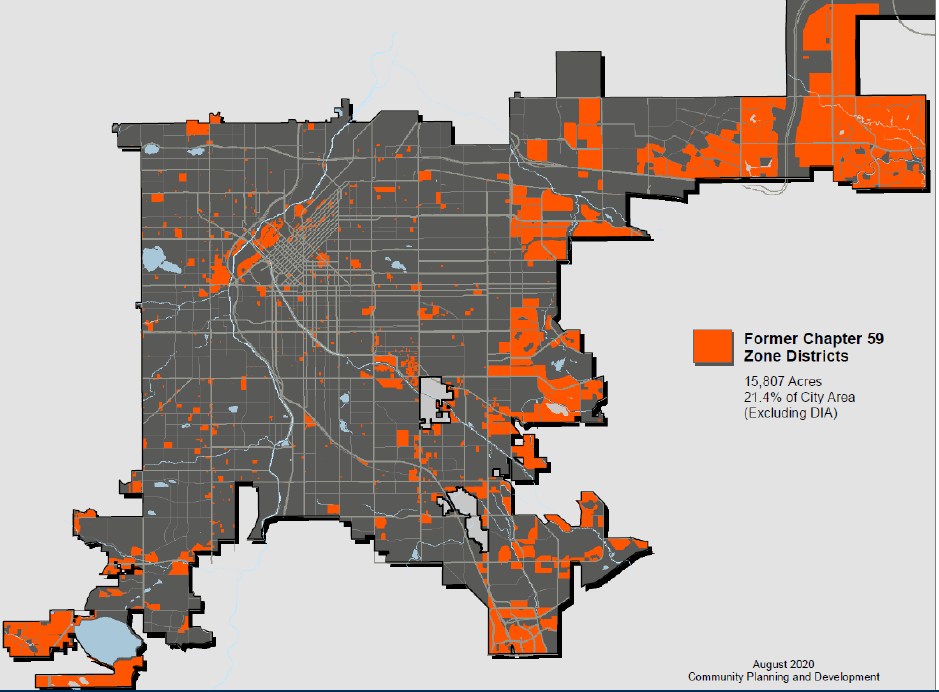 Denver has secured more space to work with in its prickly pursuit to set up three managed camping sites for people experiencing homelessness during the coronavirus pandemic, which is swelling for the third time in Denver and across the state.

For more than three months, city leaders have fought and failed to establish a city-sanctioned campsite, or “Safe Outdoor Space,” after meeting resistance from community members, who have opposed the idea of staffed encampments near their neighborhoods. Meanwhile, a new report shows that more than 31,000 people are experiencing homelessness in the Denver metro area, a number vastly higher than previously estimated.

"More than a dozen old code zone properties have been suggested and then dismissed because of the zoning issue solved tonight,” including “many lands owned by faith organizations,” Tina Axelrad, the city’s zoning administrator, told Colorado Politics.

“At this point in time, I’m not at liberty to share more details about potential SOS sites that may become real,” she added. “Not before the owners are ready to share that information.”

District 1 Councilwoman Amanda Sandoval sponsored the bill to help fix the “inequity” she sees in the Former Chapter 59 and “to build a bridge,” she said. “That's the kind of work that I would like to do in Council District 1 and throughout the city is build bridges so that we have equity.”

Of the five Denver residents who voiced their opinions on the bill during the public hearing Monday, all but one supported the temporary zoning change on grounds that it helped the city properly and equitably respond to the coronavirus and its growing homeless population.

Tonia Wilson was the lone speaker in opposition to the temporary zoning amendment because she said there was not enough communication, nor did she see the problem the legislation was trying to solve.

“It doesn’t seem that the city’s issue is lack of land available, even in the regular zoning code,” she told council members. “It’s a lack of public interest in having these sanctioned camping sites near people’s homes and/or their businesses, so I am not in support of this at all.”

Without the zoning change, however, restaurants and bars under the old rules had to jump through more hoops to expand their patios, Axelrad said, particularly if they wanted to do so in their parking lot.

“Had you wanted to expand your patio onto your parking lot, you were at a loss,” Axelrad said. “A lot of people took advantage of that under the greater allowance in the Denver zoning code if they had a parking lot available, so it felt artificially constrained given the circumstances of the COVID emergency and the change in traffic to our businesses, and it felt unfair.”

A permit would only be approved if the proposed temporary use is consistent with the code and "preserves and promotes the public health, safety and welfare of the inhabitants of the city, and of the public generally, and encourages and facilitates the orderly growth and expansion of the city," the legislation reads.

The legislation is a “big win to an effort seeking to provide space for our unhoused neighbors all across our city," Cole Chandler, executive director of the Colorado Village Collaborative, which will manage the campsites, said in an earlier interview.

The Denver City Council last week also approved the transfer of $450,000 from the city’s general fund to its coronavirus emergency fund to help support the campsites.

About $300,000 for the first encampment has already been secured from private donors, Chandler said, which will cover the startup costs, plus six months of operation, including 24-hour staff and tent supply.

“I think the zoning piece and the funding piece enable us to really have a robust conversation, not just about one site, but about multiple sites,” Chandler said.

It's been a long time coming, but after several false starts, Denver's first  sanctioned homeless camp is set to open on Monday.