A week after the Colorado public option health insurance dropped at the state Capitol, the Denver-based Common Sense Institute dropped its latest economic analysis on a plan it says is laden with unintended consequences.

The report is titled "Third Time is No Charm: The Latest Colorado Public Option Proposal Still Threatens the Jobs of Health Care Workers and May Trigger Higher Costs for Businesses and Households."

The institute noted that House Bill 1232 is third draft of the plan in less than 18 months, including a bill last year that was introduced  and shelved when the pandemic emergency set in.

The Denver-based business think tank on Thursday forecast "serious consequences for Colorado’s health care sector," as well as employer-sponsored health plans, if the bill becomes law in its current form. The proposal is characterized by the economists as "top-down government price mandates."

THE PODIUM | Five caveats to a 'public option'

Proponents contend the health care industry enjoys strong profits, and the public option would impact only about 15% of the market. By creating a below-market policy, however, other companies would have to lower their prices to compete with a product underwritten by government rules.

Here are more highlights of the analysis, which you can find by clicking here"

House Bill 1232 directs the private health care market to reduce average insurance premiums in the individual and small-group markets by 20% below 2021 to avoid the creation of a public option that would enforce this price mandate.

The bill, as written, fails to consider inflation, population growth and other costs. The Common Sense Institute says the effective cost is 35% below the current baseline premium.

The new “instrumentality of the state” called the Colorado Option Authority would administer and sell the government-controlled health plan in competition with the private sector. 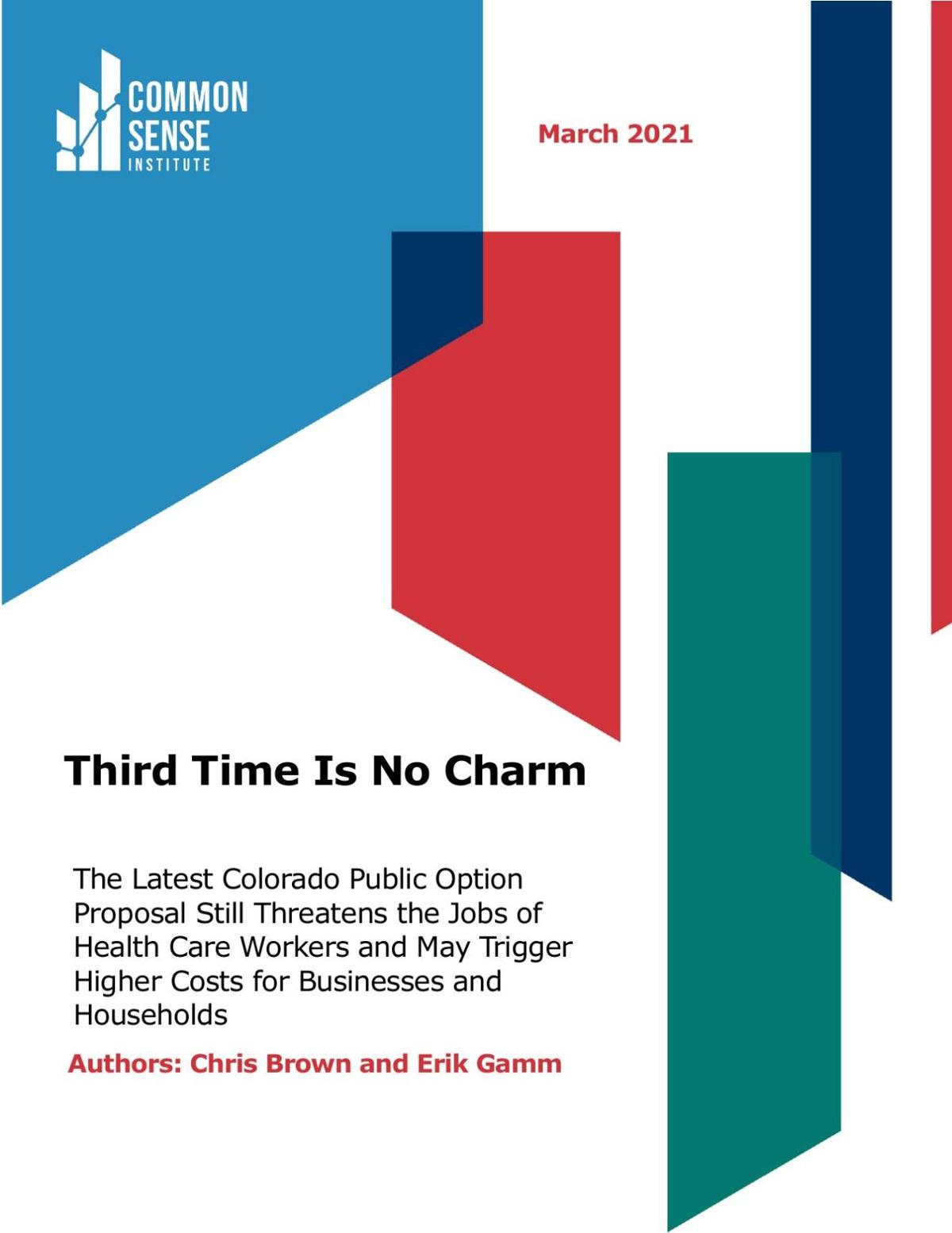 Payments to doctors, nurses, hospitals and other health care providers for treating patients could be cut by $830 million to $1 billion by 2024, according to CSI.

Those cuts would cost 3,900 to 4,900 health care jobs, including doctors, nurses and other professionals involved in patient care.

Otherwise, those costs will be passed to consumers and their employers, impacting the broader economy, "resulting in the loss of 4,300 to 5,400 jobs across all industries."

"Providers who cannot afford to treat patients at these low rates or otherwise choose not to take part in the public option would be threatened with disciplinary action, including the loss of their license to treat patients," according the new report.

Hospitals, community clinics and other facilities would similarly be forced to participate in the public option and, according to the proposal, “suspend, revoke or impose conditions on a health facility’s license or certificate of authority” if they don't comply.

“While the newest version of the public option proposal has some updates, it does not avoid the economic impacts and unintended consequences of earlier proposals,” Chris Brown, CSI's vice president of research and policy.

He continued, “The latest proposal also gives authority to create a new state entity, which could begin selling “standardized plans” by 2025, with premiums more than 30% below projected levels. Lower payment levels would be set for all providers, and physicians, nurses, chiropractors, hospitals and many other providers would be required to accept the new state option, or face disciplinary action, including the loss of their license to treat patients.

"Therefore, given HB21-1232 cuts prices without reducing the costs of delivering care, health providers would be faced with a critical choice … cut services and access to care or PASS the costs of the Colorado option plan to all others.”

Colorado's individual and small group market got twin boosts from the stabilization of the Affordable Care Act marketplace and from Gov. Jared Polis and the legislature, the report said.