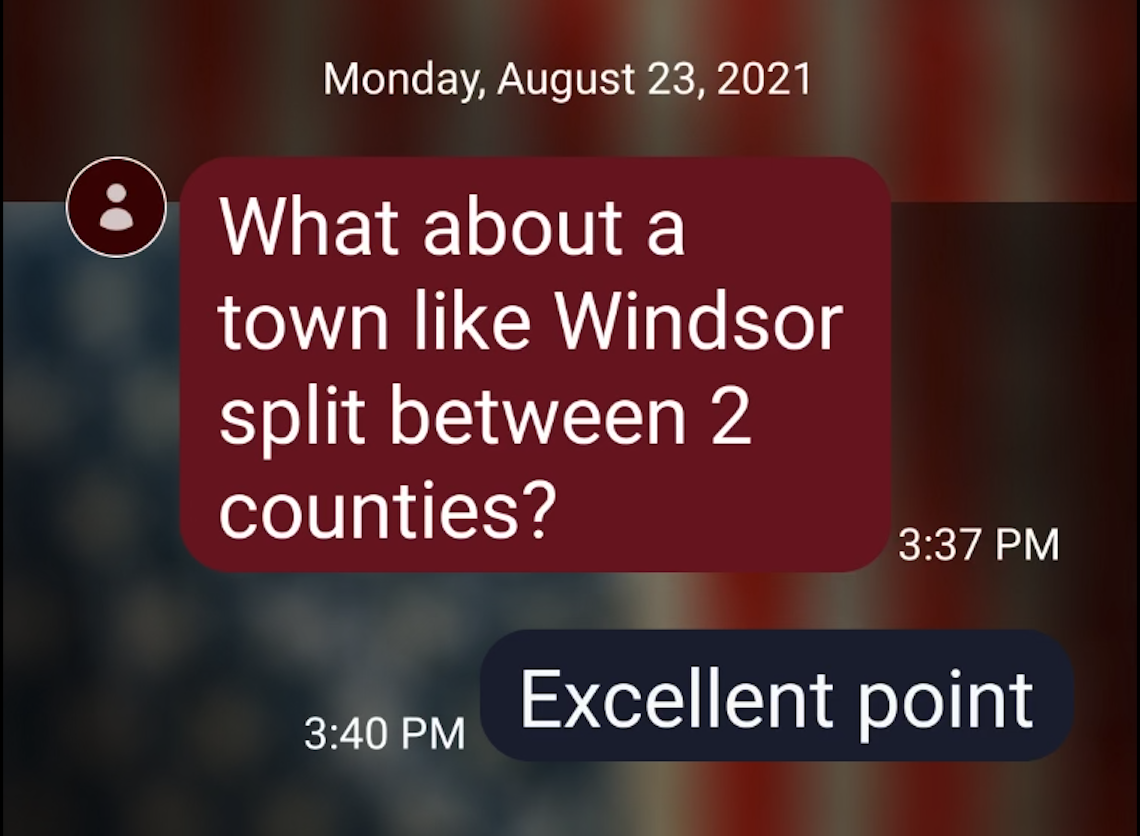 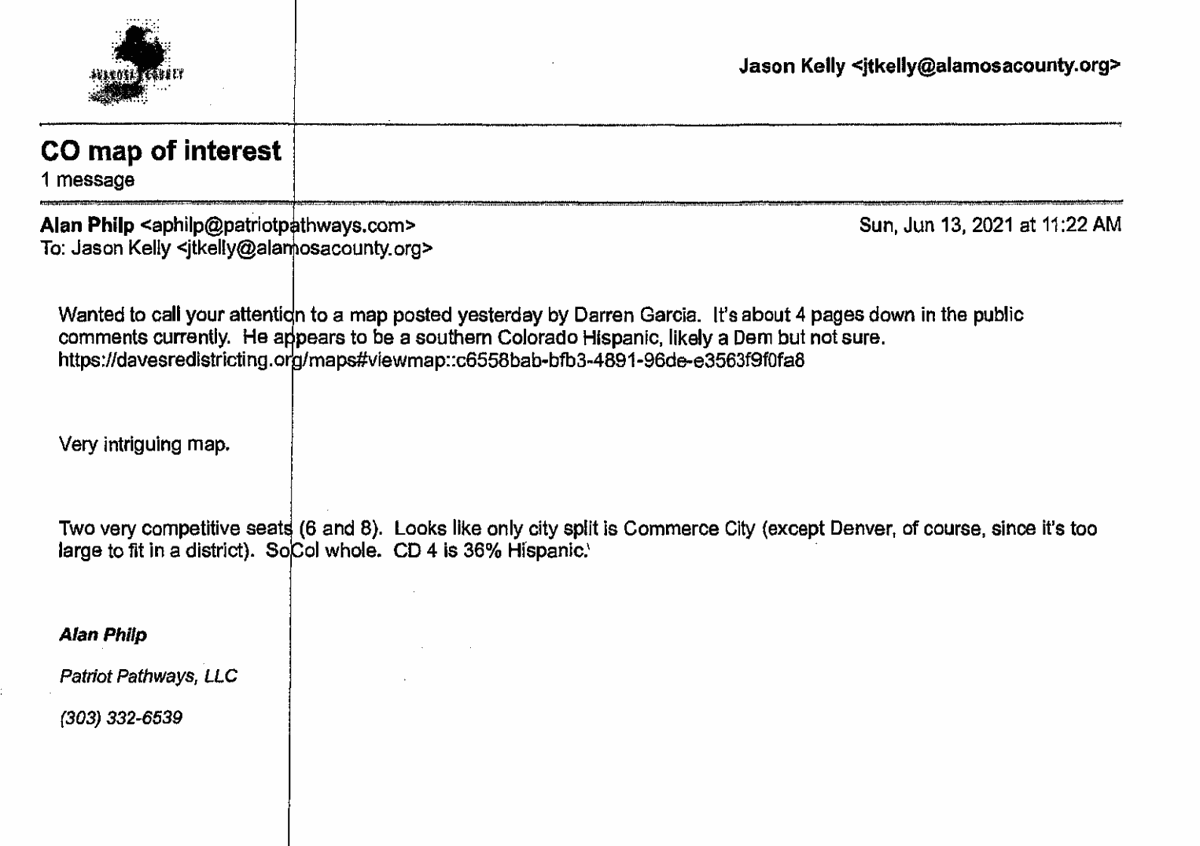 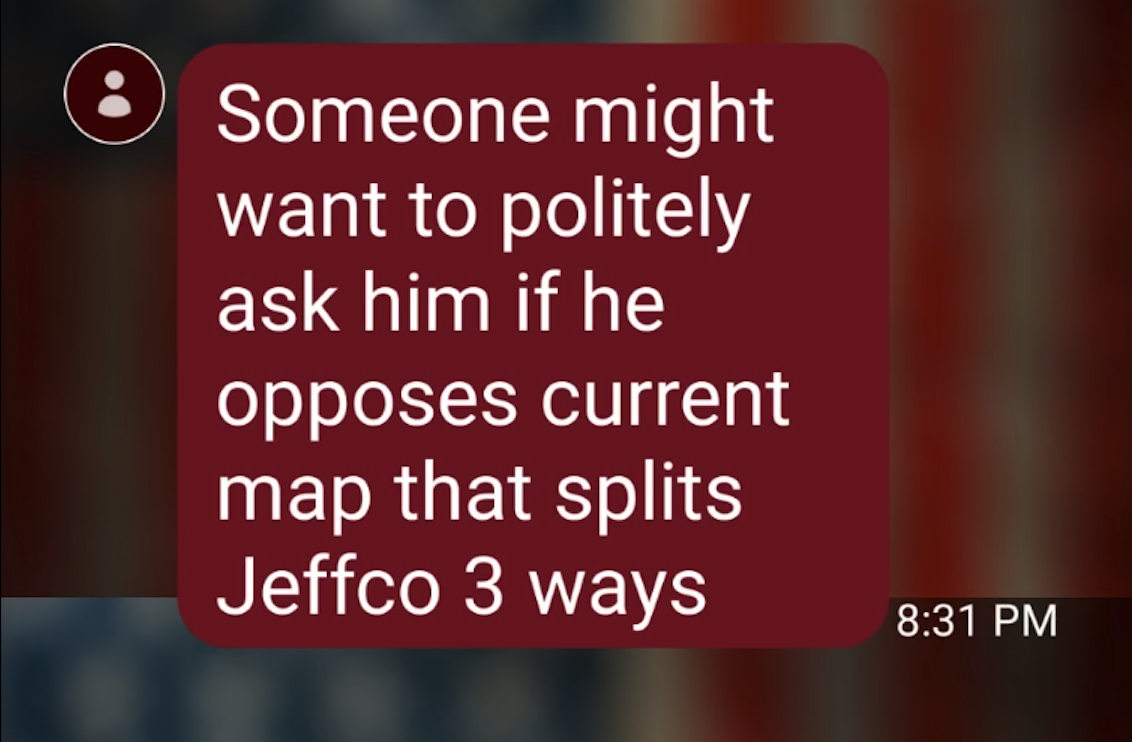 A complaint filed against a group of Republican political consultants and lobbyists, accusing them of failing to file proper redistricting lobbying disclosure, grew larger Monday, when the complainant added new interactions between the complaint targets and Colorado's redistricting commissioners.

The complaint, initially filed with the Colorado Secretary of State in August, accused Republican political consultant Alan Philp of failing to file lobbying disclosure reports according to the state's rules, and accused former Republican Speaker of the House Frank McNulty and former Republican state lawmaker and now-lobbyist Greg Brophy of failing to register as redistricting lobbyists and report their interactions with redistricting commissioners. All three work for Colorado Neighborhood Coalition, a 501c4 nonprofit organization that doesn't disclose its donors.

The Secretary of State's office has since said the matter will receive a full investigation.

The complainant, former Democratic state lawmaker Stanley Matsunaka, on Monday added to the several occasions that he argues needed to be reflected in public disclosure reports filed by Philp, including text exchanges between a Republican redistricting commissioner and Philp, during the commission's hearings. In July and August, records obtained using Colorado's public records law show Philp suggested mapping ideas to Commissioner Jason Kelly, during the commission's meetings. Kelly and Philp also met earlier this month and in August, over Zoom calls, the same records show.

During a July 20 commission hearing, Philp texted Kelly: “Someone might want to politely ask him if he opposes current map that splits Jeffco 3 ways.”

Again during the commission's August 23 hearing, Philp sent Kelly a question about an issue being discussed: “What about a town like Windsor split between 2 counties?”

The amendment to the complaint, filed Monday, argues that all of Kelly and Philps' interactions should be documented in lobbying disclosure requirements.

Mark Grueskin, the Democratic attorney who filed the complaint and the amendment to it, also is a registered redistricting lobbyist for a 501c4 nonprofit organization called Fair Lines Colorado that also doesn't disclose its donors.

"Fair Lines lobbying disclosures cover conversations, testimony, and written comment surrounding redistricting criteria," Hubbard said. "We have filed dozens of timely disclosure reports as the rules require. Records obtained only after turning to Colorado's sunshine laws, on the other hand, show the clandestine lobbying on behalf of Republicans has continued unabated even after they were caught willfully ignoring the transparency provisions of Amendments Y and Z."

Frank McNulty, the registered agent for Colorado Neighborhood Coalition said he maintains that he and Brophy are not engaged in lobbying and that Philps' disclosures are sufficient.

"Alan complied with the demands of the Secretary of State's office in filing his information and Greg and I aren’t required to register," McNulty said of the amended complaint. "We’re not lobbyists."

Following the commission’s late-night map adoption, some have said the process worked well and others have called it a compromise they can live with. Some political observers say the outcome fell short of their expectations, when it comes to incumbents' chances or gaining partisan advantage.

While the congressional map won’t be set in stone until the state’s high court gives its thumbs up, it isn’t too early to identify some winners, some losers and a split decision.