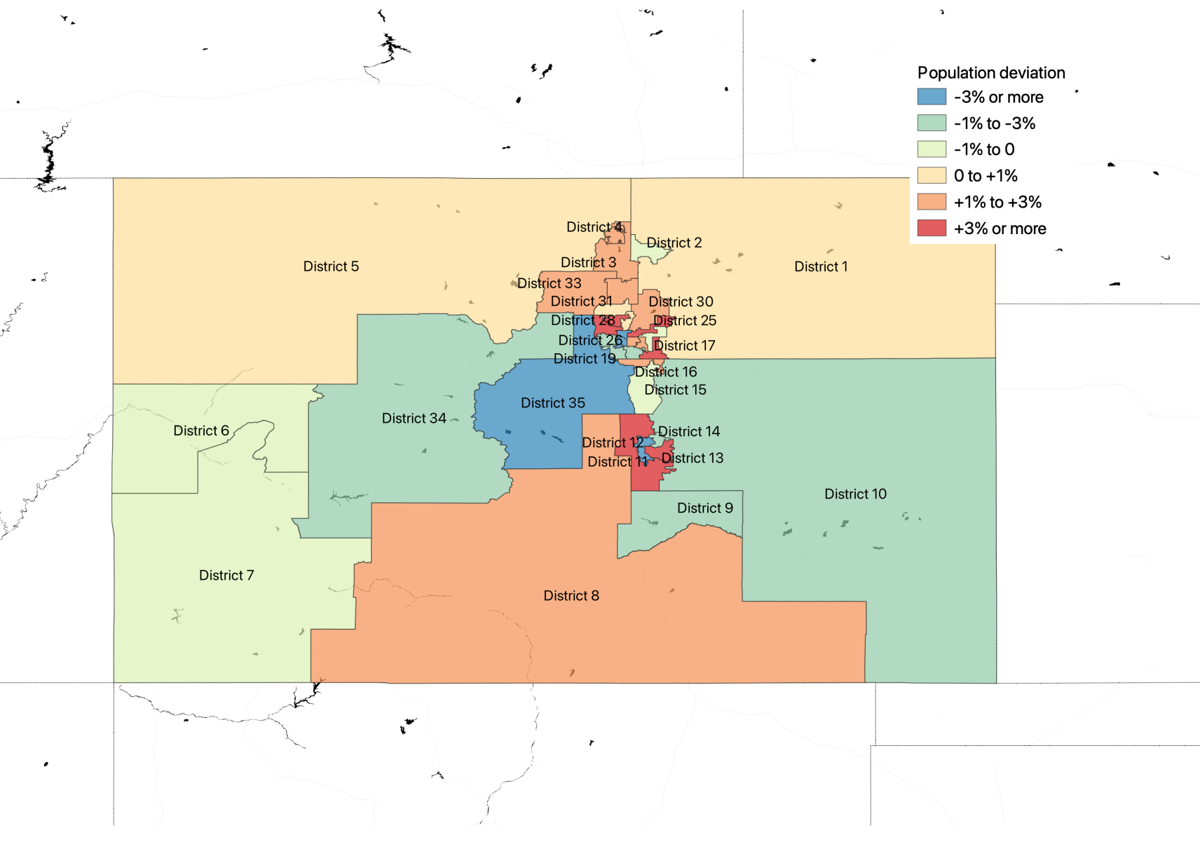 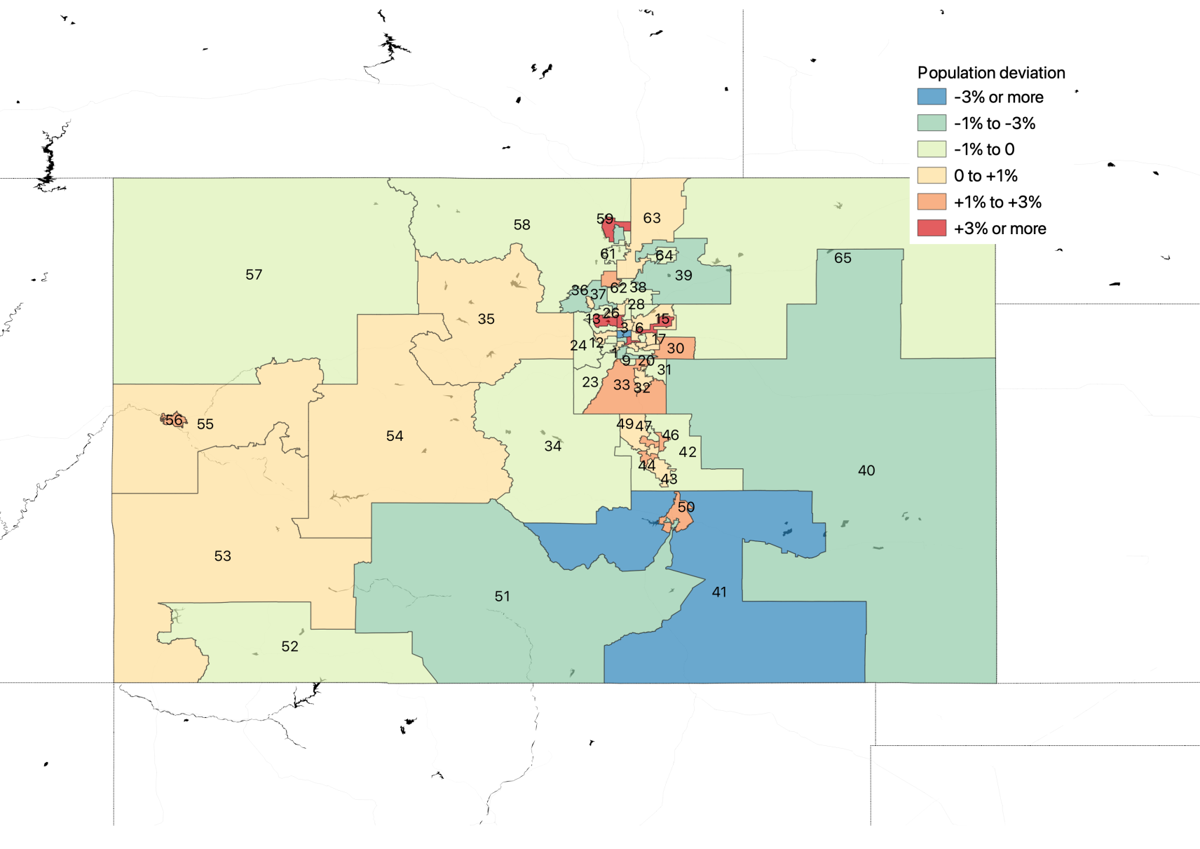 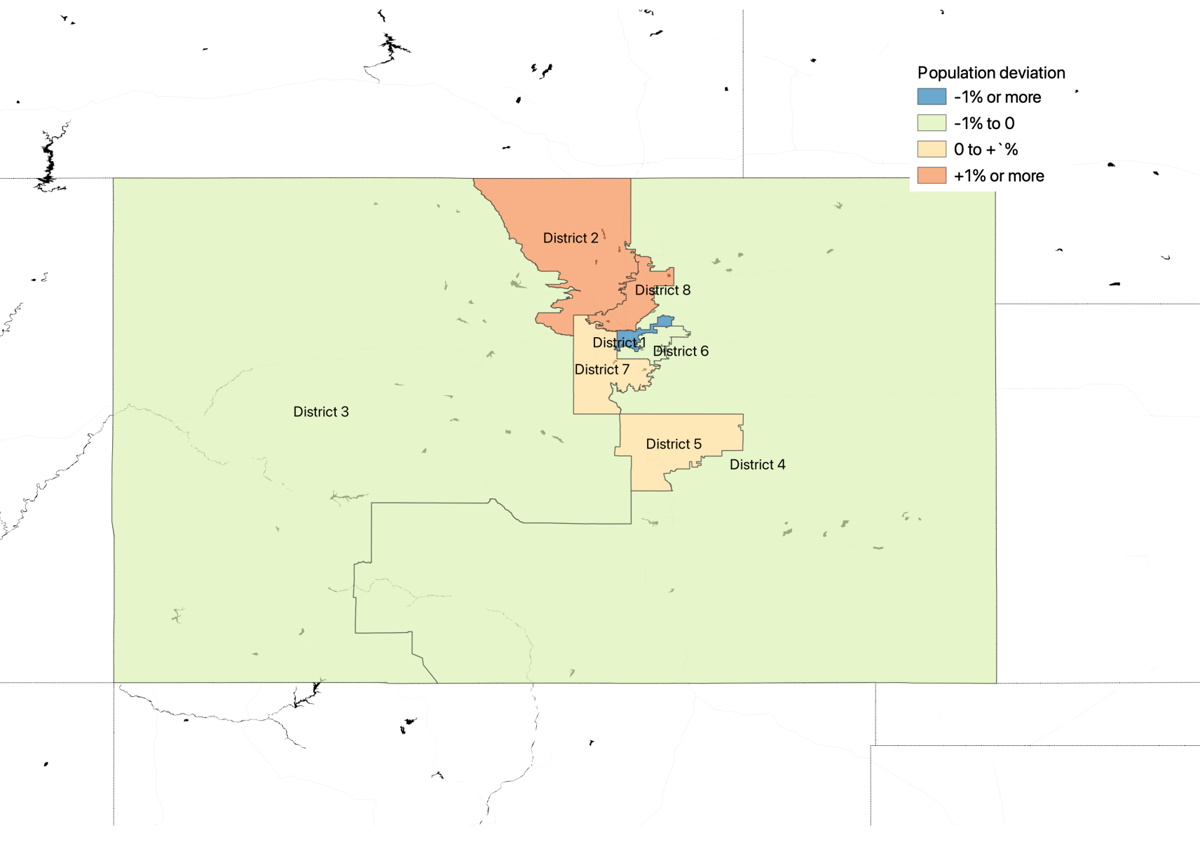 Colorado's redistricting commissioners decided earlier this year to use incomplete and out-of-date data to draw the preliminary draft maps that are being toured around the state for public input.

The commissioners knew at the time that their maps would end up needing adjustments, because the official data was bound to be different in some parts of the state.

With the release of the official census data, it's possible to see exactly where the commissions' maps have districts with too many people or too few people.

The preliminary draft legislative maps have bigger deviations, but a small amount of deviation away from the ideal population is legally acceptable, according to U.S. Supreme Court rulings, particularly if the deviations help achieve Voting Rights Act protections for minority voters.

In the coming weeks, the state's independent redistricting commissioners will adjust their preliminary draft maps, based on public input they've received throughout the summer.

They're expected to finish in early October.

U.S. Rep. Joe Neguse was on MSNBC's "All in with Chris Hayes" Tuesday to talk about the potential matchup with Republican Rep. Lauren Boebert.