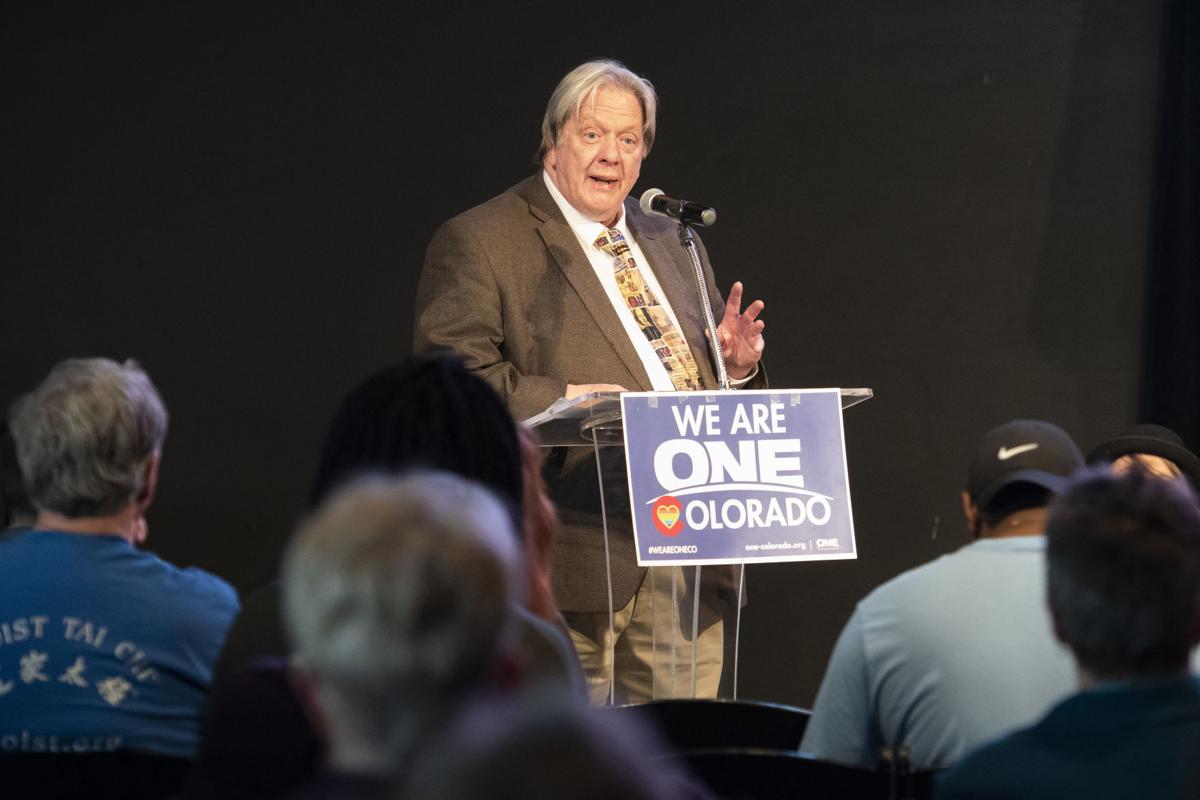 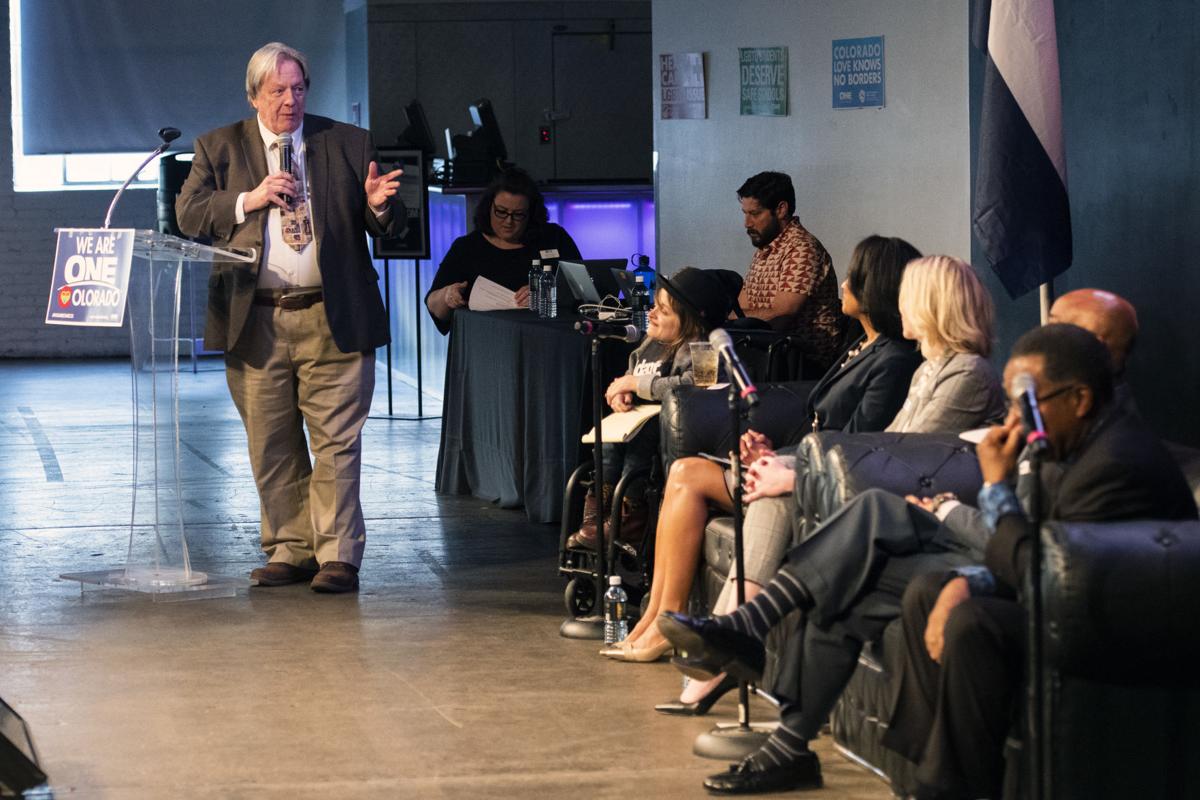 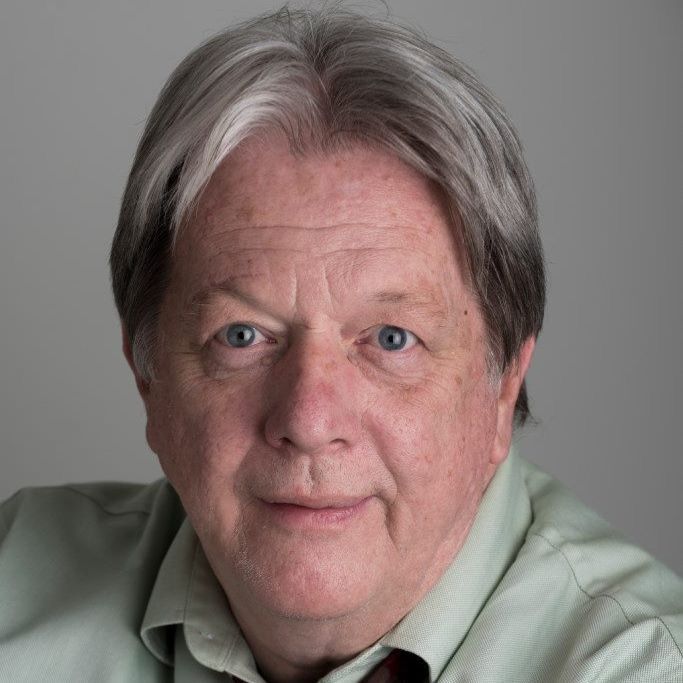 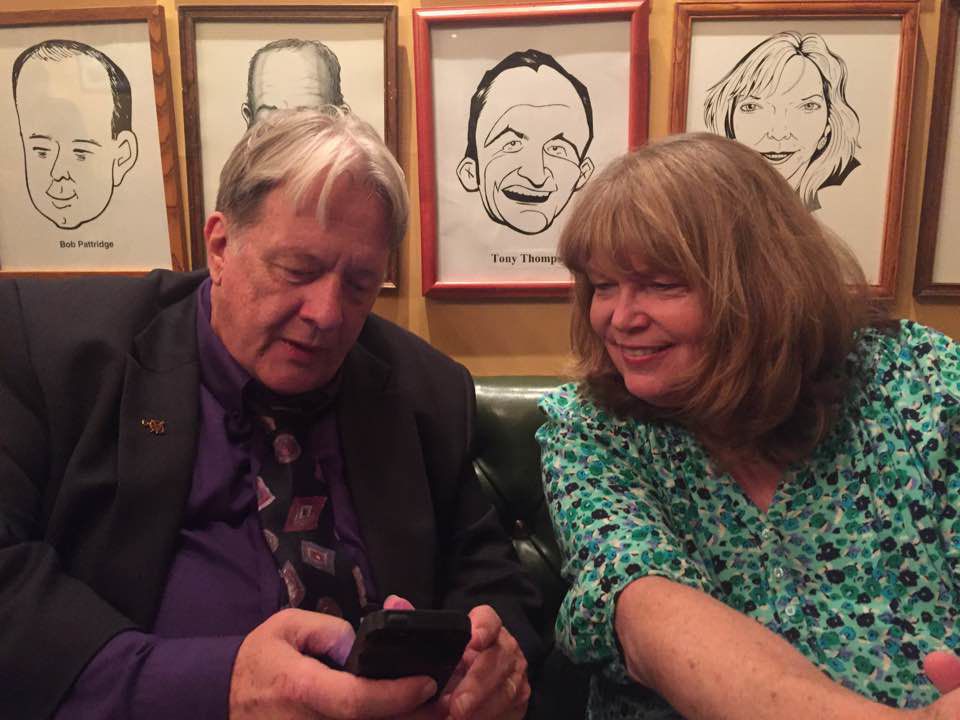 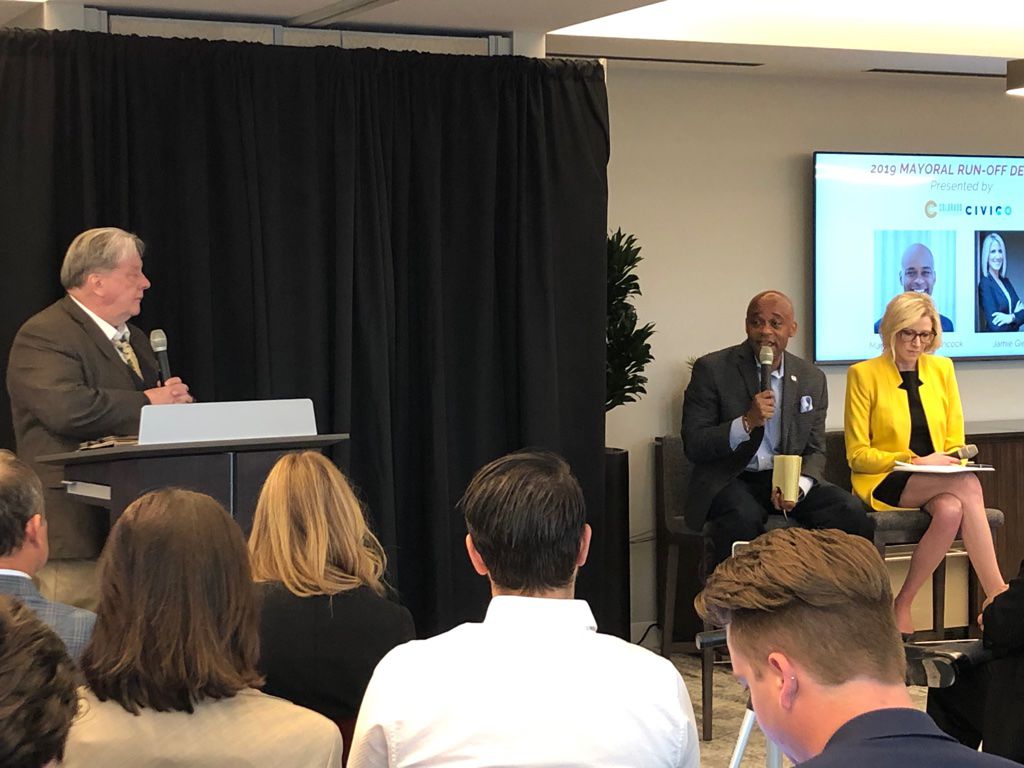 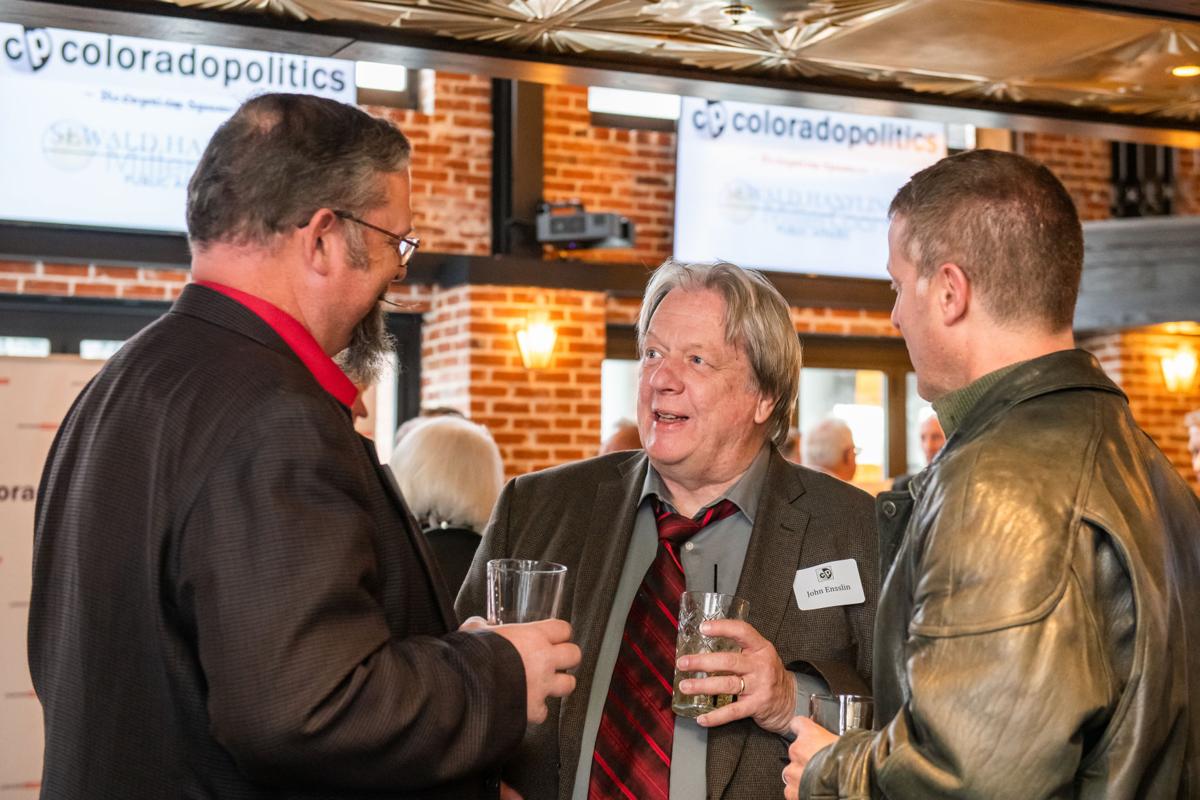 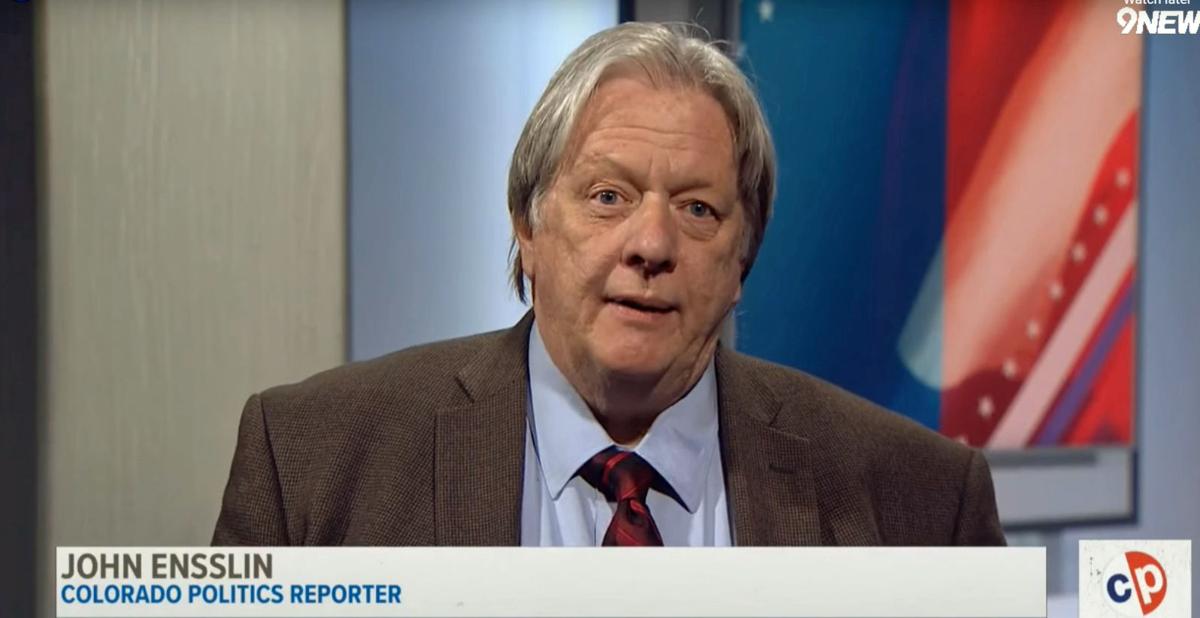 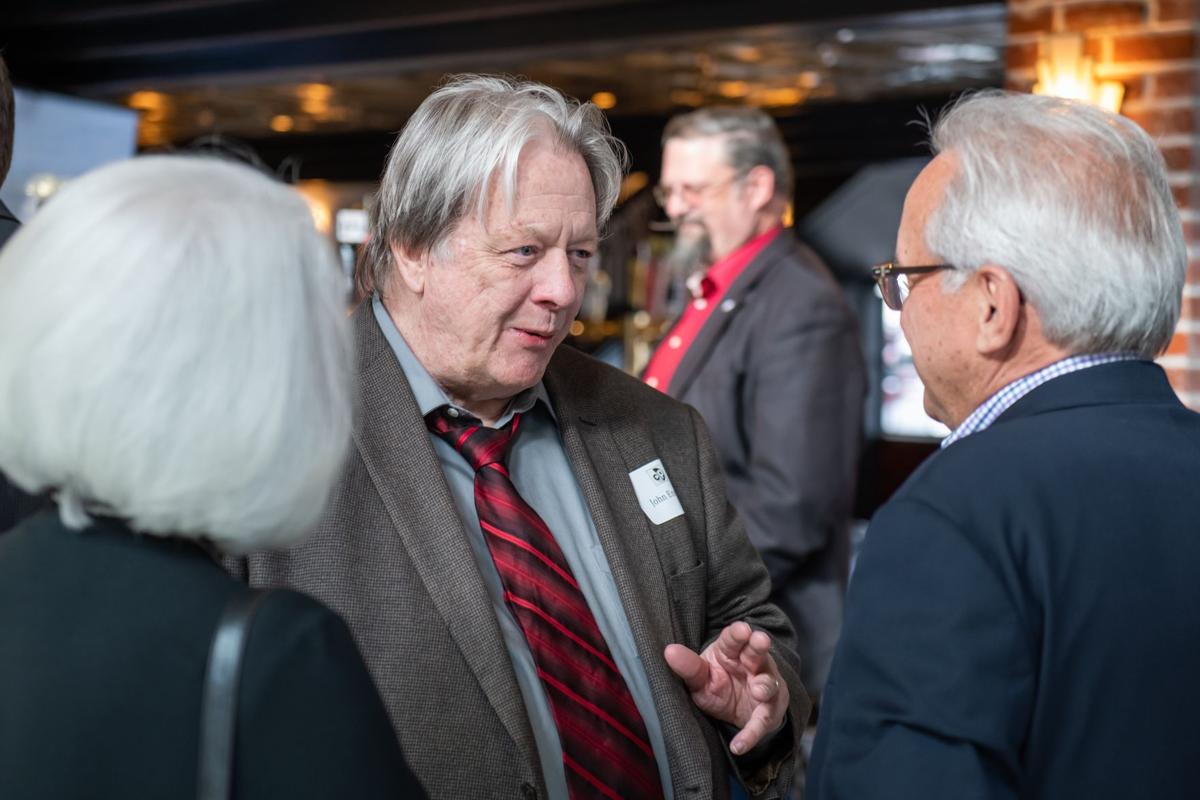 Colorado Politics reporter John C. Ensslin -- a veteran of decades in journalism and a leader of his profession -- was found dead in his Denver apartment Monday. He was 65.

Cause of death was not immediately disclosed.

Ensslin joined the staff of Colorado Politics in March, focusing on Denver politics, but his heralded career in Colorado goes back decades, including a quarter-century at the Rocky Mountain News, which closed in 2009.

He was a man of uncommon compassion and good cheer, agree those of us who knew and loved him. He liked East Coast diners, Quentin Tarantino films and everything to do with journalism, training himself in multimedia journalism in the latter years of his career.

He hoped to work a couple more years with Colorado Politics, then travel with his beloved wife, Denise, and settle perhaps in Pennsylvania, he said over a late-night breakfast at Tom's Diner two Saturdays ago.

Ensslin returned to Colorado because he wasn't ready to give up the journalism game, and he would wait on his wife to retire from her job training special education teachers in New Jersey, he said.

Immediately before joining Colorado Politics, Ensslin reported for eight years for The Record in Woodland Park, New Jersey, where he covered the state legislature, Bergen County politics and government, as well as Paterson City Hall.

He had worked for other newspapers in New York and New Jersey before making a name for himself at the Rocky Mountain News for 25 years.

After the Rocky closed in 2009, Ensslin worked for a couple of years at The Gazette in Colorado Springs, CoPo's parent newspaper. He returned to New Jersey to help his sister care for their mother until she died.

"I was able to be there and have a few good years with her at the end," he told this reporter over eggs and toast. "I'm glad I did that."

He said he jumped at the chance to return to Denver and to work for Colorado Politics: "I felt like I still had some more left in me, I still have something to give."

Ensslin admired big-city reporters such as Jimmy Breslin, and he liked to hang out in diners and talk about friendships with vice cops.

He talked about his rambunctious youth in New York City while he was getting an English degree from Columbia University, watching the rise of punk rock and seeing a lot of the pioneering bands at the CBGB nighclub in the East Village.

An extended conversation with Ensslin might unfold like a tattered paperback novel, with laugh lines scattered along the trail.

John Temple, who worked at the Rocky for 17 and was its editor when it closed in 2009, remembered Ensslin as a humble presence in the newsroom who was supportive and kind to his coworkers.

But Ensslin also was a giant in the journalism community, for years the main driver behind the Denver Press Club, Temple remembered. Ensslin co-founded the club's the annual Damon Runyon Awards, which attracts top national journalists to the city, and constantly invited top speakers to come there the rest of the year.

"John wanted a journalism community, and he almost single-handedly created it," Temple said.

He added, "He was so active in creating a journalism culture here, that in many ways that might have been his greatest contribution. He created a sense of pride around journalism, that this was something -- that the people were to be appreciated and that they were special.

"And he was very modest, and he didn't try to attract attention to himself, but he wanted to celebrate other people. And he just quietly went about his work."

When Temple arrived at the Rocky, Ensslin was a cop reporter, and an excellent one, his editor recalled.

The next year, the Rocky Mountain News hired a reporter to cover night cops. Her name was Lynn Bartels, who went on to cover politics for both the Rocky and The Denver Post and now writes a column for Colorado Politics.

"He worked the day shift and I came on at 1 p.m.," she remembered. "It was the so-called Summer of Violence and, man, were we busy.

"I was thrilled when John returned to Colorado to work at Colorado Politics."

She recalled Denver Mayor Michael Hancock's 2019 re-election campaign asking her what John was like as he began covering the race.

"Here's the bad news ... John's old school," she told them. "He's going to ask tough questions and if he thinks the answer is BS he will say so.

"Here's the good news: John's old school. His goal is about providing information to Denver residents. He's not looking to get more clicks or get the next big job. He's about journalism."

Jim Trotter, now the associate editor of The Gazette, worked with Ensslin at the Rocky Mountain News from 2000 to 2009.

“John was a rock-solid reporter and one of those journalists who formed the backbone of our newsroom at the Rocky Mountain News," Trotter said. "He was tough, but he also a kind and gentle person. It’s a tragedy that he has passed.”

Vince Bzdek, the editor of The Gazette, spoke of such an unfortunate turn of events.

"When John returned to Denver recently to work for Colorado Politics, the journalism community welcomed him home like a conquering hero," he said. "That's because he helped build that very community and sustain it for many years as president of the press club and national president of the Society of Professional journalists. He was one of the princes of our profession."

Mark Harden, the managing editor of Colorado Politics and another veteran of the Denver journalism community, remembered Ensslin fondly, as well.

“I only got to work with John for a few months, but what a privilege it was," Harden said. "He was a legend in Colorado and New Jersey journalism, and he relished the challenge of helping us launch our Denver coverage at CoPo.

"And what a sweet, gentlemanly guy he was. But he was also tough when he had to be. I’m heartsick about losing him, and I know the readers he kept informed for decades will dearly miss his reporting.”

Gazette managing editor John Boogert worked with Ensslin for many years at the Rocky Mountain News, as well.

"John was one of the best reporters I ever worked with, particularly when it came to crime coverage,” he said. “I often had John tell me the story of how he found and talked to suspect James King at his home in Golden before the police showed up after the Father’s Day Massacre in 1991 at United Bank in downtown Denver.”

Temple saw one ray of light in the passing of such a kind friend to journalists and journalism.

"This is terrible to say, but I'll say it anyway," he concluded. "I'm glad he was able to be a journalist to his dying day. He loved his work, and he never would have wanted to stop."

Ensslin had started a Colorado Politics podcast series of interviews with Denver newsmakers that he recorded at the Press Club.

"John was kind, sincere and gentle," said Press Club President Dan Petty. "He was the consummate journalist, seeking compelling stories and telling the world about them — no matter the format. Trained as a print reporter, he taught himself how to produce and record podcasts. He supported journalists as they began their careers, offering advice on how to succeed in what has always been a difficult business. Two years ago, we renamed the largest of our Runyon scholarships for student journalists for John Ensslin.

"We are shocked and saddened by this news," Petty added, "and the Press Club will not be the same without him. We grieve with his wife, Denise, his family, friends, and past and present colleagues, and we offer our sincere condolences to them."

“This is devastating and thoroughly unexpected news," said J. Alex Tarquinio, the current national Society of Professional Journalists president. "John was one of the best, as dedicated to SPJ as any past national president could be. After his term, he supported our election process with his podcasts of the candidates and freely gave advice to SPJ leaders coming up the ranks. He remained a committed journalist, moving halfway across the country twice to keep doing the work that he loved. He was also a good friend and a class act, and our hearts all go out to his family and friends.”

Ensslin, who was found dead Monday at age 65, for years was the driving force behind the nation's oldest press club, where he's being remembered.