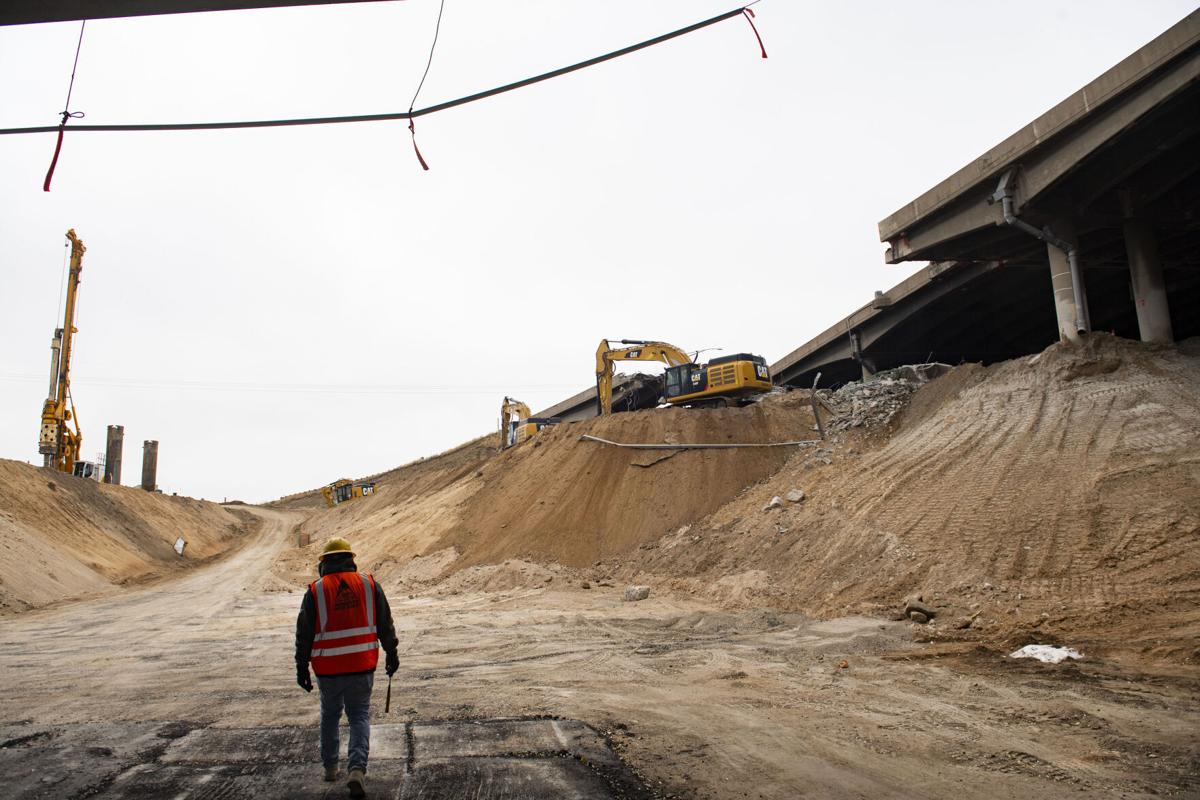 Crews demolish an onramp for the Interstate 70 viaduct as a worker walks out of the westbound tunnel of the Central 70 project Monday, Nov. 9, 2020, through the Denver neighborhoods of Globeville/Elyria-Sawnsea. (The Gazette, Christian Murdock) 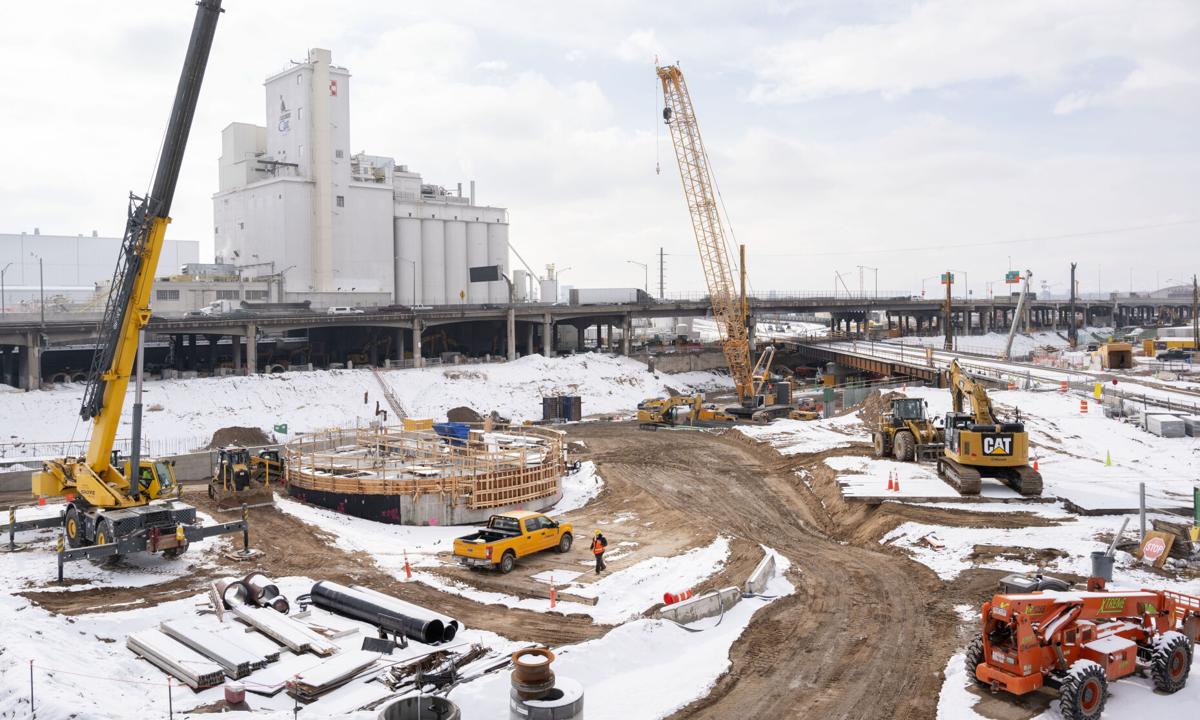 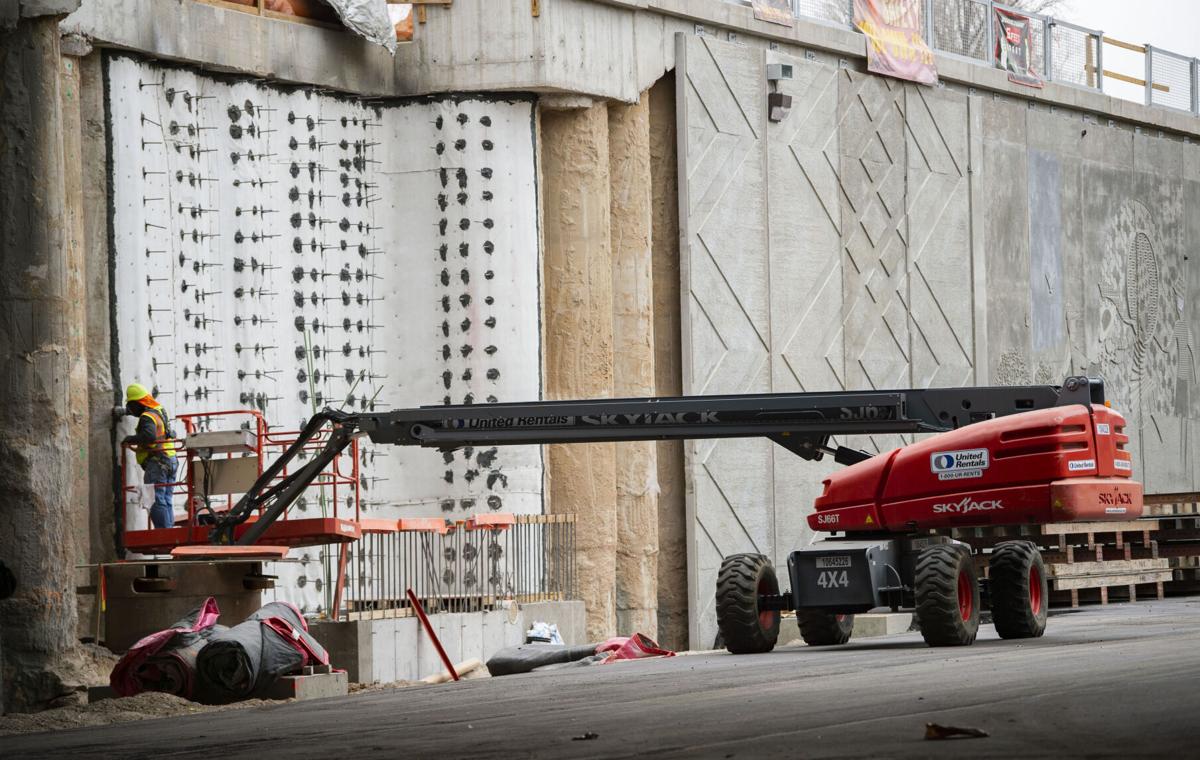 Crews work on the walls of the westbound tunnel of the Central 70 project Monday, Nov. 9, 2020, through the Denver neighborhoods of Globeville/Elyria-Sawnsea. (The Gazette, Christian Murdock) 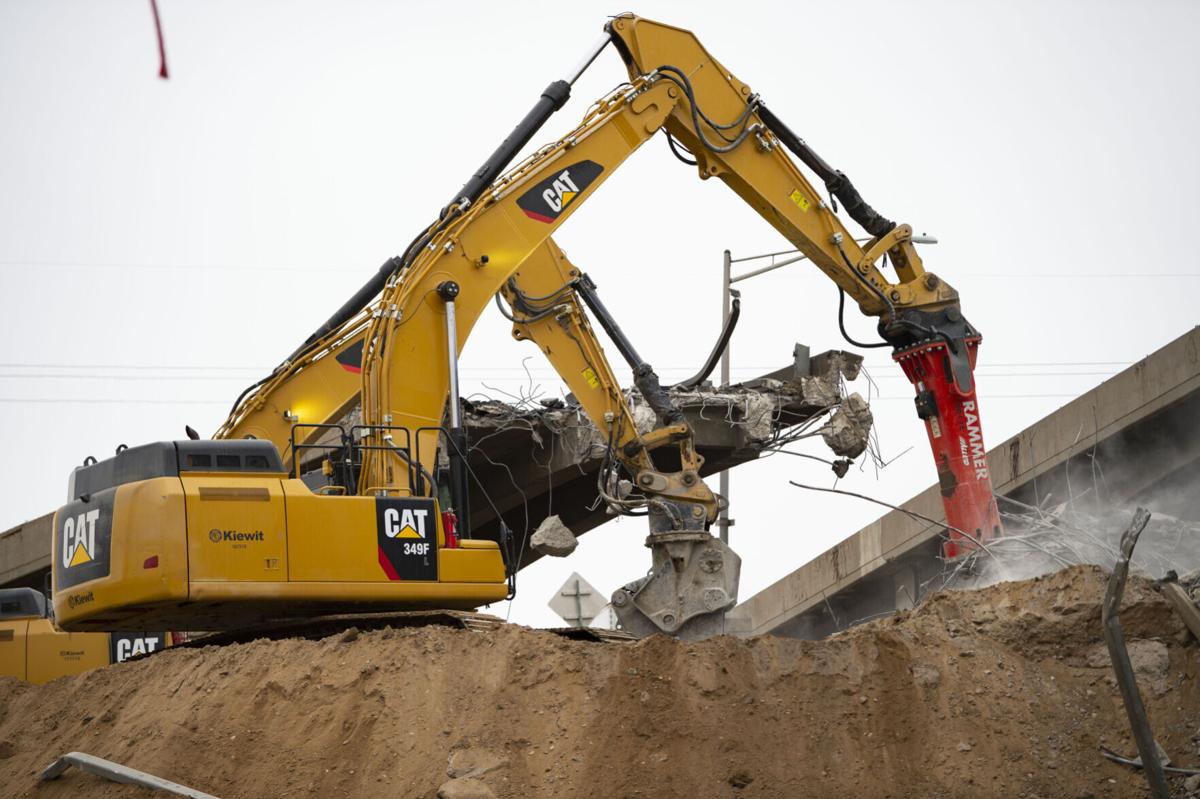 An onramp to the Interstate 70 viaduct is torn down as the Central 70 project contnues Monday, Nov. 9, 2020, through the Denver neighborhoods of Globeville/Elyria-Sawnsea. The Viaduct will be torn down later this year to make room for the eastbound tunnel. (The Gazette, Christian Murdock)

Crews demolish an onramp for the Interstate 70 viaduct as a worker walks out of the westbound tunnel of the Central 70 project Monday, Nov. 9, 2020, through the Denver neighborhoods of Globeville/Elyria-Sawnsea. (The Gazette, Christian Murdock)

Crews work on the walls of the westbound tunnel of the Central 70 project Monday, Nov. 9, 2020, through the Denver neighborhoods of Globeville/Elyria-Sawnsea. (The Gazette, Christian Murdock)

An onramp to the Interstate 70 viaduct is torn down as the Central 70 project contnues Monday, Nov. 9, 2020, through the Denver neighborhoods of Globeville/Elyria-Sawnsea. The Viaduct will be torn down later this year to make room for the eastbound tunnel. (The Gazette, Christian Murdock)

The massive Interstate 70 construction project in central Denver is not only going to take almost a year longer than planned to complete, the state highway agency has now indicated that it’s also going to end up costing between $100 million and $150 million more than the originally planned $1.2 billion price tag.

Taxpayers are on the hook for $12 million in extra costs. A refinancing arrangement between state and federal highway agencies with the project's construction company will cover the rest.

But during a recent public hearing, state legislators heard information that the agency’s spokespeople had previously asserted wasn’t for public consumption.

“The contractors are claiming their costs are elevated, by somewhere on the order of $100 million to $150 million, relative to the original costs,” CDOT executive director Shoshana Lew told members of the Joint Budget Committee, the group of lawmakers that drafts the state’s annual budget and has broad influence and oversight over the state’s agencies. “The refinanced amount was for about a half a billion dollars.”

After Lew described the range of possible extra costs, CDOT spokesman Matt Inzeo wrote in an email that the agency would still not tell the public exactly how much will be included in the refinancing.

“The precise number will become public if and when the loan is approved and associated underwriting materials are finalized,” Inzeo wrote.

While the refinancing keeps taxpayers from being saddled with most of the additional cost, the overrun has raised questions about the state highway department’s procurement practices.

The extra costs are the result of a design problem.

The construction company that won the bid on the project, Kiewit Meridiam Partners, pitched building only above a specific level to avoid having to deal with complications caused by possibly running into the water table. And because of the procurement method used for the project, called “design build,” the builder can win the contract without having complete plans, based on expectations that designs will not run into problems. And, ultimately, CDOT went with KMP’s plan.

But building above that level meant having to work around existing railroads and railway bridges, and that’s where problems have led to the cost overrun.

“Basically, long story short is the railroad said we're not taking this design; you have to do these other things that cost more,” Lew told lawmakers. “It's a heavier infrastructure, sort of more materials, bigger, like less lean design, because the railroad has a very conservative risk tolerance.”

The CDOT report to the JBC included the fact that the Central 70 project is now expected to be delayed 10 months, finishing in April 2024, instead of an earlier projected completion in June 2023.

For Sen. Ray Scott, a Grand Junction Republican, the increased cost and delay add to concerns he has heard about CDOT’s procurement practices. He and other members of the Legislature focused on the “design-build” procurement method, where contractors who bid on projects propose a project design along with projected costs. The procurement method differs from others, like “low-bid” or “design-bid-build,” where the design of a project is kept independent from the bidding by construction firms.

Over the past 10 years, only 1 out of every 36 CDOT projects has used the design-build process, CDOT chief engineer Stephen Harelson said in the hearing, but those projects accounted for almost half of the agency’s project dollars spent.

The design-build projects also come with significant costs for engineering consultants who work with the construction companies on the design, whereas traditional “low-bid” procurement does not include paying outside consultants for the project design, and, instead, pays CDOT staff engineers to manage the design.

A Legislative Council study found that Colorado spent $211 million on consulting engineers in 2016, far more than other states included in the study. Over four years, roughly one-third of CDOT construction expenditures ended up going to consultant services.

“Projects like C-470 (north of I-70) came in late and over budget. Central 70 is now late, and of course it's over budget — however you want to talk about refinancing,” Scott said during the legislative hearing. “The ‘Gap’ project (I-25 between Castle Rock and Colorado Springs) is now late and over budget, and these projects all fit in one of those categories (design-build).”

Lew said she disagreed with characterizing the $100 million to $150 million refinanced cost increase as “over budget,” because the refinancing prevents taxpayers from having to pay for the extra costs. And she told the committee that procurement methods like the design-build process are standard practice for large, complicated projects.

“It is strongly encouraged by the Federal Highway Administration, our regulator,” she said. “It is considered a best practice, and the majority of our federal grants for these big projects actually specify the use of alternative delivery, and that was part of how we got the grant.”

Other senators on the committee questioned whether the design-build procurement method has led to problems with the state’s largest highway projects, given that bids are awarded to construction firms working with expensive design consultants, based on risk that designs could require changes later.

Lew and Harelson both answered that there have been times when the procurement method has saved costs, and defended the design-build method as a fair way to approach big projects, because the contractors take on larger portions of the risk.

Scott and others on the committee suggested that having more design work done by CDOT staff could save money overall, when the cost of outside engineering consultants is weighed against the benefits of sharing the risk. Scott said the pattern of delays and cost overruns in projects where the design-build procurement was used makes him wonder whether the agency’s procurement practices need to be changed.

The cost of congestion to the average Denverite is $1,242.