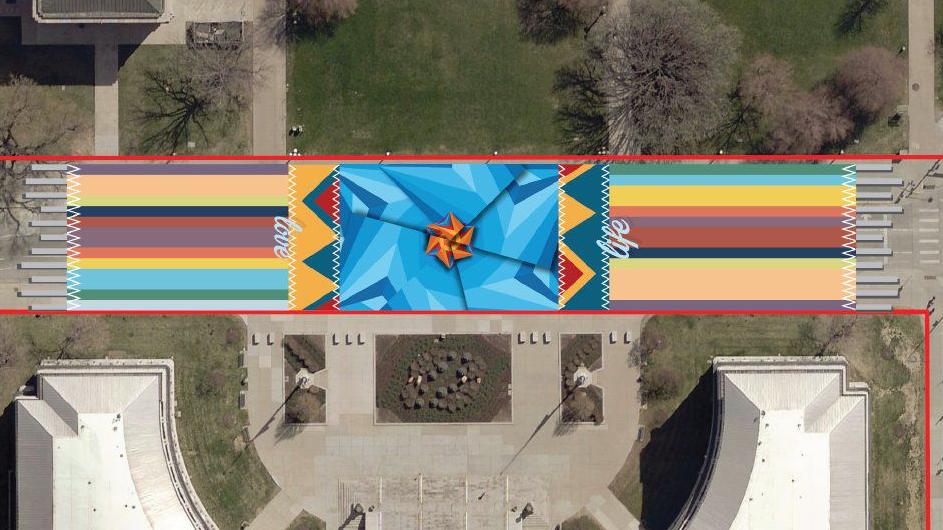 A mock-up of the Bannock Street Project. 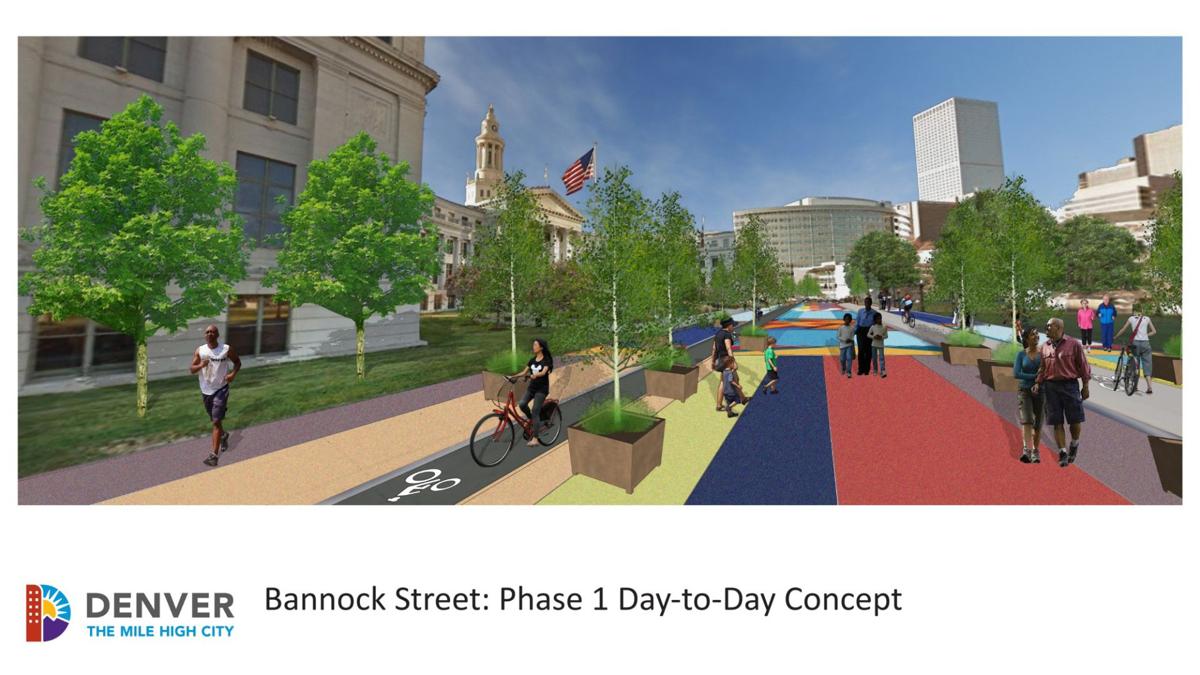 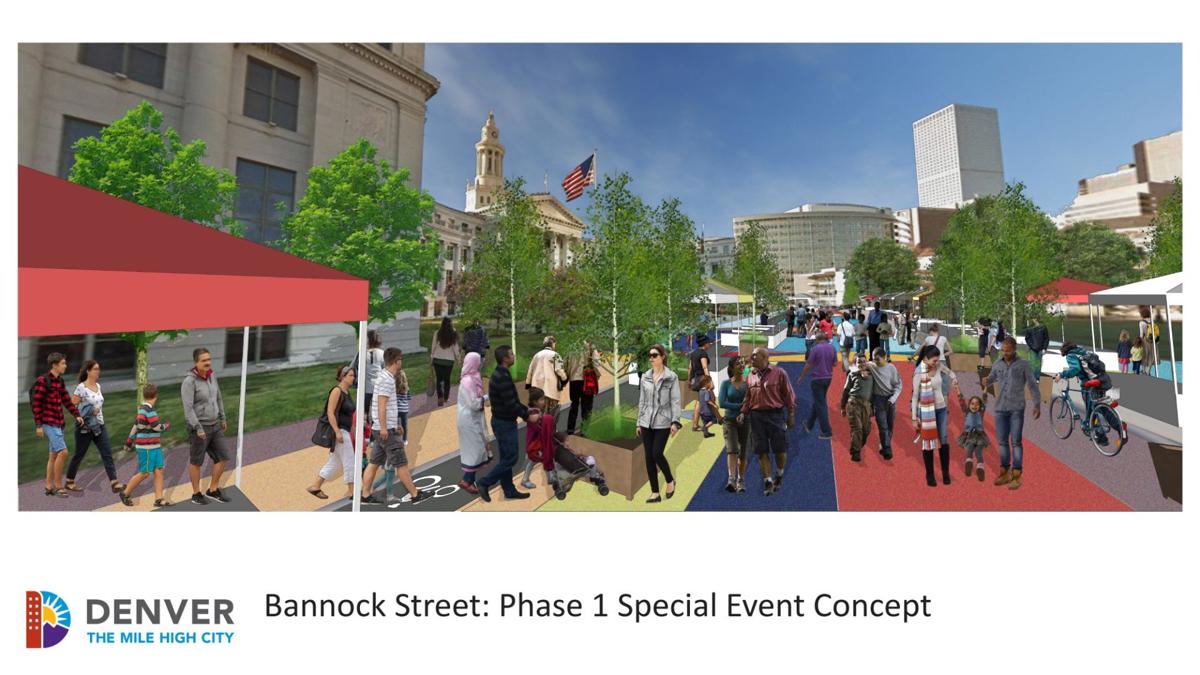 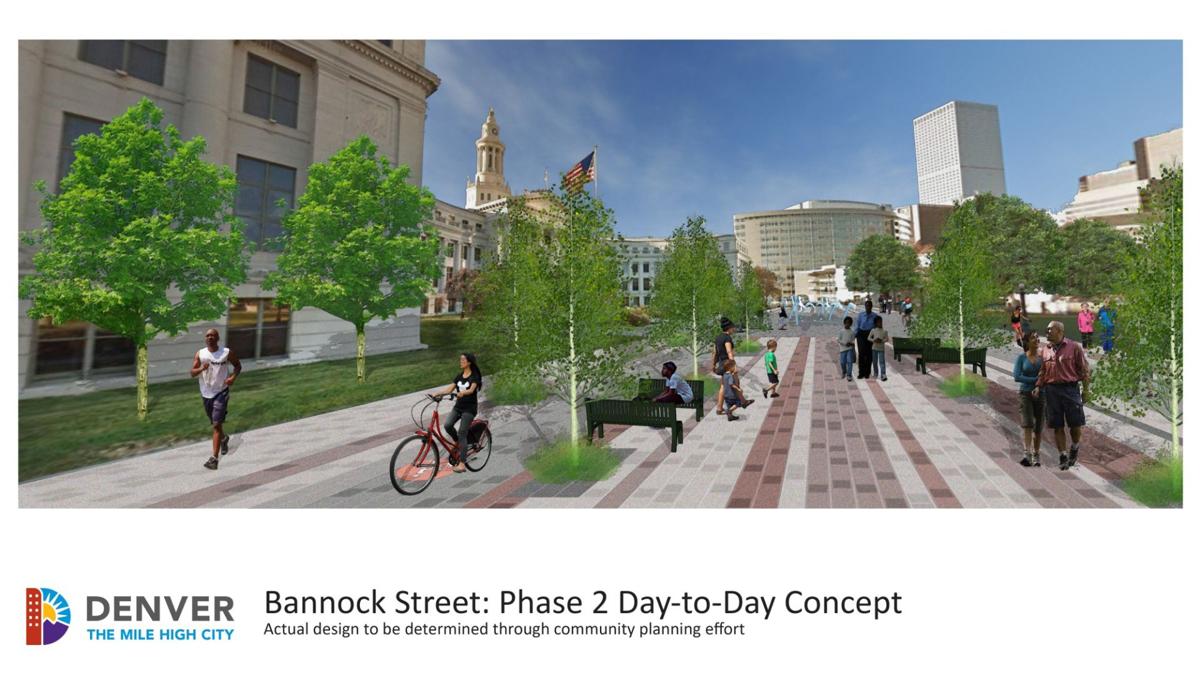 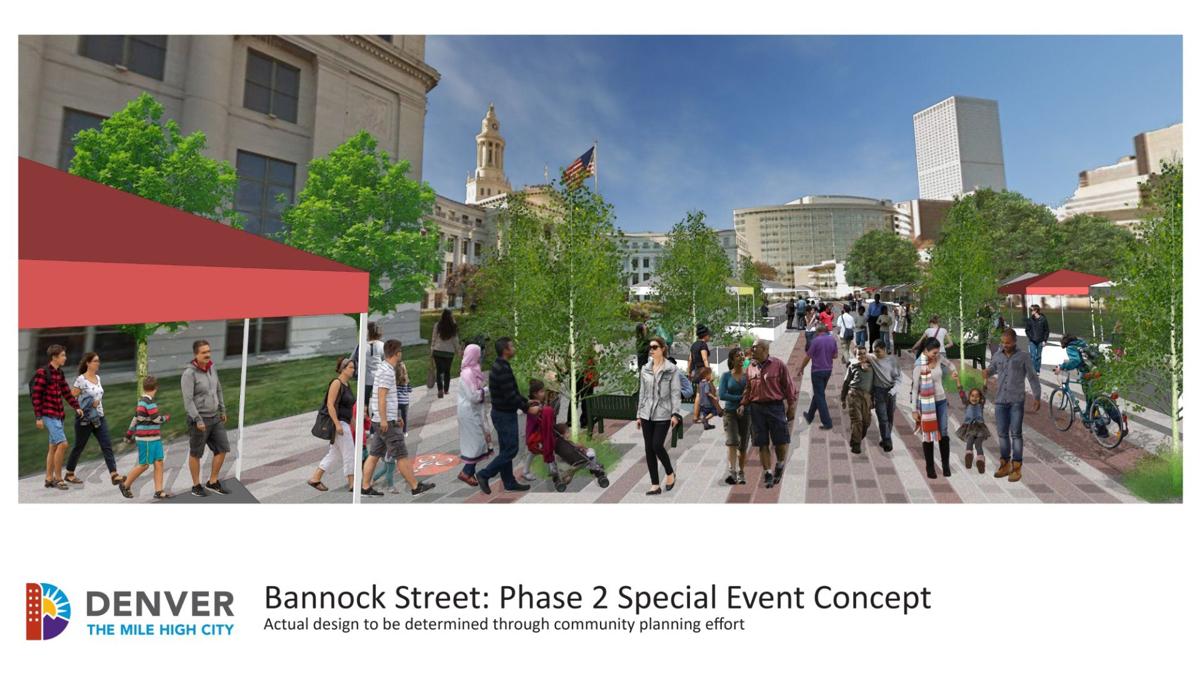 A mock-up of the Bannock Street Project.

The one-block stretch between Denver’s Civic Center Park and the City and County Building closed to cars on Tuesday, forever.

Denver Mayor Michael Hancock announced in February the city’s plans to transform a piece of Bannock Street from 14th Avenue to Colfax Avenue into a year-round public gathering and event space.

“As a city working hard to reduce vehicle traffic and expand multi-modal transportation — a city that invests in growing and preserving park land — this transformation just makes sense,” Hancock said in a statement at the time. “Bringing our Civic Center up to the steps of the City and County building expands a civic space we are already very proud of into a more welcoming gathering place for generations to come.”

The project will take place in two phases, the first of which began as scheduled on Tuesday, when the city’s Department of Transportation and Infrastructure officially closed the street to vehicle traffic.

After the first round of renovations is completed, a process estimated to cost about $200,000, the site is expected to reopen in mid-May with about two dozen newly added tree planters and a colorful street mural created by Denver-based artist Pat Milbery and others from Access Gallery, according to the transportation department.

Hancock said on Monday that the city’s social distancing rules will likely stick around for a while, so it’s unclear if the new space can be fully utilized, if at all, when it reopens. Civic Center Park, for example, has been closed off to the public since April 11 because of non-compliance of the stay-at-home and social distancing orders.

The second phase of the Bannock Street Project will involve community planning to develop a “long-term, permanent vision for this stretch as place of prominence, enjoyment and celebration,” according to the mayor’s office.

Bike lanes will continue to run in both directions on Bannock. The city will relocate its two accessible parking spaces to 14th Avenue.

“This project prioritizes the people of Denver and our city’s commitment to enhancing the quality of the places where they live, work and play,” Eulois Cleckley, head of Denver's transportation department, said in February. “We can transform the street, keep people moving and accommodate community demand for this space.”