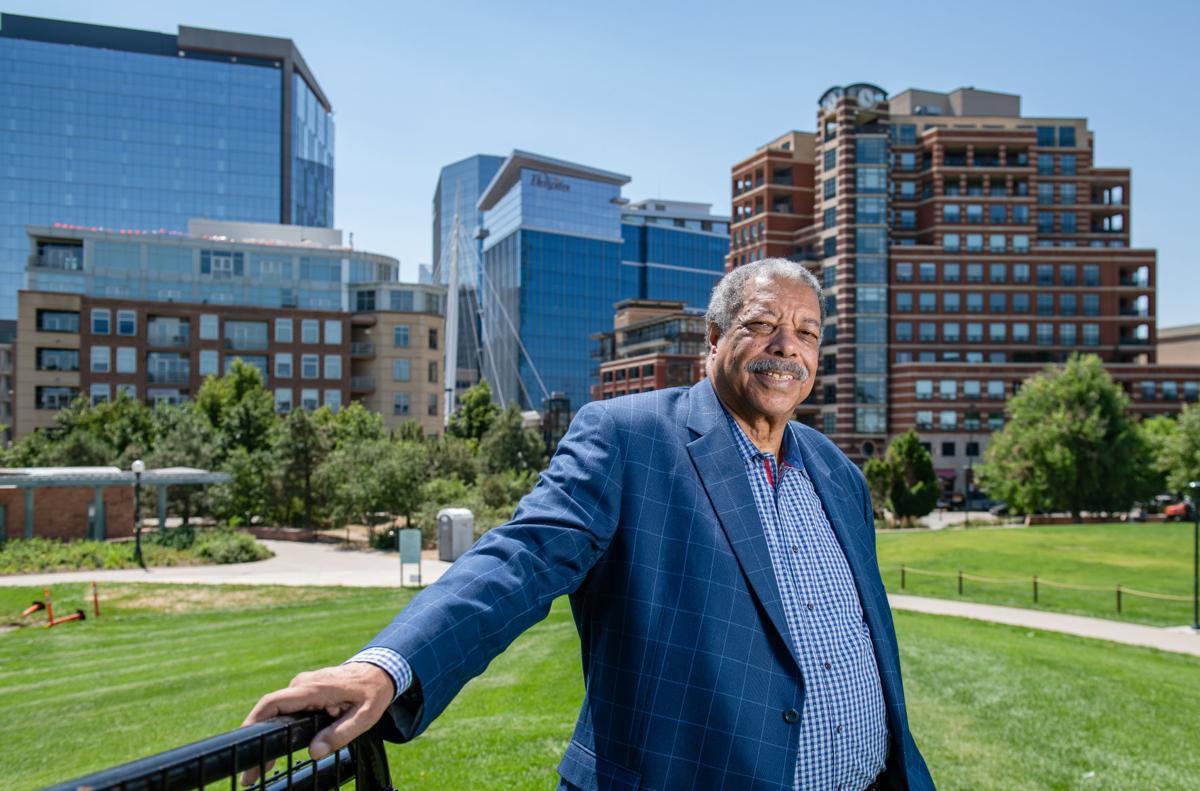 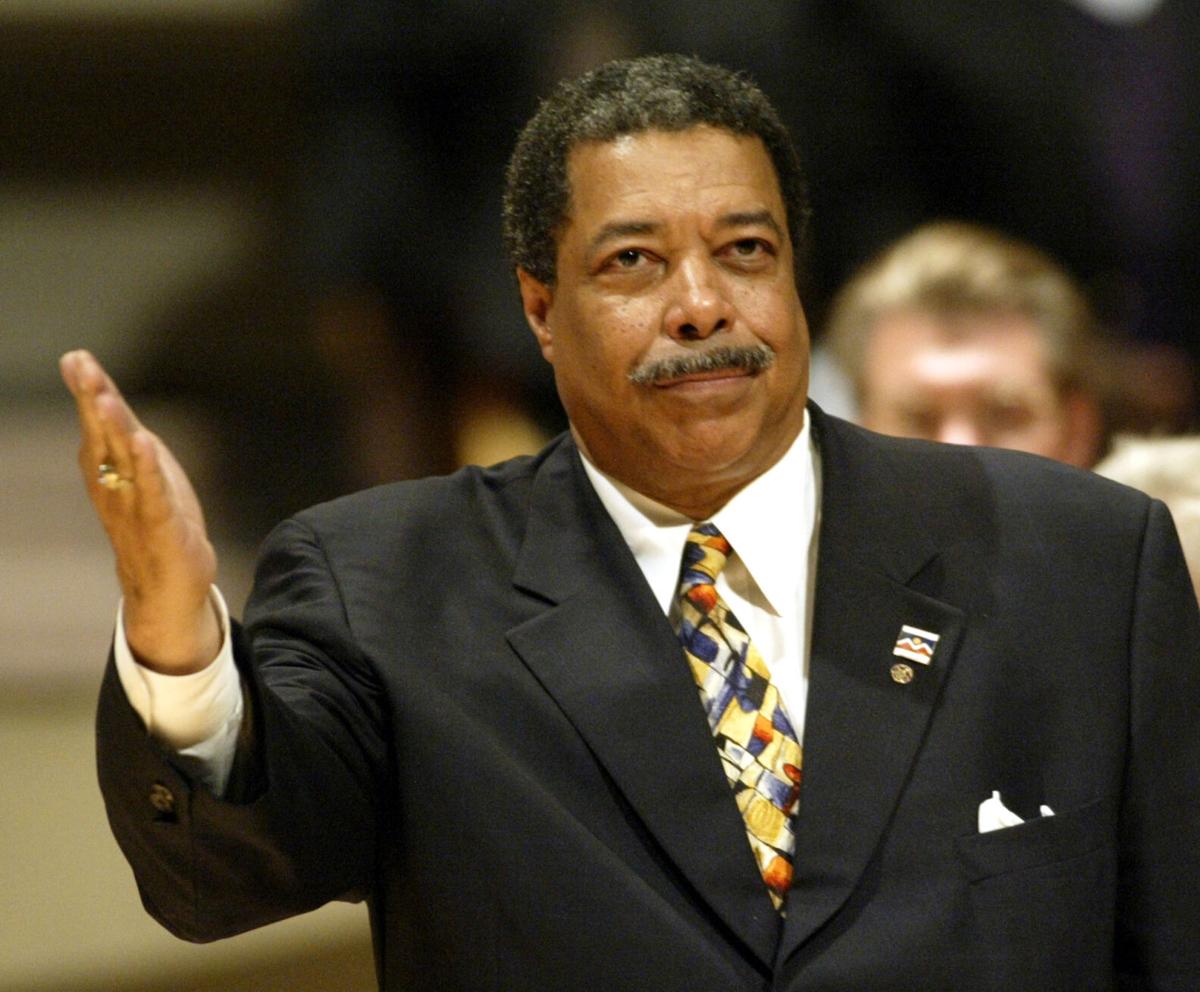 Denver is in flux, of sorts, as Mayor Michael Hancock makes the turn into the final two years of his third and final term.

Members of the City Council think the city's strong-mayor system, where its chief executive acts as a chief executive officer, needs to change, and it's happening in increments.

The voters seem on board with the council. Last November, they passed three ballot measures around the idea of direct democracy.

Council members made reasoned and ultimately effective cases for power-sharing last year, that direct democracy is the best democracy. A less-strong mayor provides flexibility to deal with crises, such as COVID-19, but ultimately it's a standoff between the city's executive and legislative branches over who can be the watchdog of the political excesses of the other.

"Denver's always had the majority of people on City Council who, when they look in the mirror, sometimes they see a city council member, sometimes they a clerk and recorder or the auditor," said former Mayor Wellington Webb, Denver's iconic mayor for three terms and a star ever since among national Democratic players.

"They all see a future mayor when they look in the mirror."

It's hard to argue with checks and balances at any level of government, however.

The city's former and current mayors, who have nothing to gain or lose personally from future changes, separately told Colorado Politics that Denver should proceed with caution, or at least consider what stands to be lost.

Hancock should know. He served on the council before he ran for mayor 10 years ago, when his predecessor, John Hickenlooper, became governor, en route to Colorado's junior U.S. Senate seat. Webb had been a state lawmaker, then a city auditor before running for mayor in 1991.

Colorado Politics sussed out the issue as food for thought with the best authorities on what the job really entails.

CP: What's the advantage of maintaining a strong mayor form of government?

Webb: Being mayor of Denver was always a big deal, because it was institutionally, it was a strong system. If you don't have the institutional controls to manage the government, you might as well be a city manager, because they're shifting the authority and power to the city council — and just to question him.

You have so many new people and millennials in Denver, where they don't know that history, so they’re voting for slogans. It sounds good, but they don't know what they're doing for the long-term, how this fits into the big picture. It's just issue by issue. I don't want to be critical. I'm not going to be critical of anybody because people see life as they see it from their vantage point and from the age of how long they lived and their experiences where they are.

Hancock: The mayor sets really the direction and is a chief executive who sets the tone for the city. And that matters. It allows the city to move much faster, more nimbly, and really, kind of, determine its future. I think that we've got to be focused on the long game, where somebody's supposed to want to whittle away at the power structure of the mayor are playing the short game, and that's real dangerous to a city.

CP: How has a strong mayor paid off for Denver?

Hancock: Well, I don't know if it's one epic event or a moment. It's really tiny moments, where a strong-mayor form of government really comes into play. You would not have the Denver International Airport if you didn't have a strong mayor. Federico Peña set the agenda. You wouldn't have a new convention center. The convention center, we have had it not been for Federico.

And his ability to move things ... his ability to create this expectation that we did grow and drive our downtown by concentrating our, our downtown, our sports complex in a downtown area. There are just so many examples of where the strong mayor form of government.

The reality is simply that somebody must be accountable and the buck stops with them. When you have kind of a dispersed authority, it's harder for people to understand where the leadership is coming from.

Webb: If you look at the Congress, they remind me of the Air Force, because they’re dropping all of these new laws, which are like bombs that they never know what happens when they hit the ground, how much impact it is going to have, like dropping unfunded mandates. And then you have the governors. They might as well be the Navy, because they're concerned mostly about what happens in their territorial boundaries.

Denver Mayor Hancock to downtown employees: Get back to the office

The folks that control the ground, that's the mayors, and that's the Army. You need strong mayors in office. The mayor has to have the authority to command and manage.

If you look at Denver's reputation, people used to always say how great Denver was, because you had tenure and continuity here. You had Webb, then Hickenlooper came, and you had people building on the previous administration. There was no infighting, like in other cities around the country.

CP: How would you define leadership as a mayor?

Webb: Someone with a strong background for morals, someone who has a good character and also is willing to lead whether the issue is maybe positive and negative. And then in some cases they may have to find themselves out there where they have to educate the public on part of their vision. This might be a good idea, yeah, but if the public says, ‘No, we don't want to do that,’ then they have to accept the results of that. But everybody -- everybody -- feels like they were treated with dignity and respect.

CP: What should voters look for in their next mayor?

Hancock: We are a great city. I think that that's huge and we need to act in accordance with how we perceive ourselves. If you look at all the roles that these mayors have played on the national stage, that's because of the pride of carrying Denver to that stage and saying, ‘We are Denver, Colorado, here, and we're going to play a role.’ Every one of my predecessors have played some role on the national stage. I've been blessed to be able to do the same thing. And I think that's the respectability of one, the strong mayor form of government, and, two, the ability to be creative and strong and accountable. And that matters. There's no doubt when people ask about Denver, the mayor is the chief executive, and that's not an ego thing. It's that everyone should understand who is helping to set the agenda and carry it forth.

CP: What did you learn from your predecessors in the job?

Hancock: One of the things that (Federico) Pena asks is where you're always at, what's your vision — that's the tone. If you have a vision that you're driving for, that everything else should fall in mind toward that vision. And so he really kept me focused on structure and making sure that you have a vision for that, and that everyone knows what that vision is.Wellington is honest, you know, his thing is understand your field of forces, the politics that you're playing in. And, you know, there is no greater political mind than that guy. He’s very strategic. And so he really challenges you to think strategically and some things that maybe you didn't even consider.

Then Hickenlooper, his biggest advice for me was: don't sweat the small stuff. When we were negotiating with Adams County on our (intergovernmental agreement) that we have, we were fighting over certain points of it. Hickenlooper actually said, ‘Who gives a crap? At the end of the day, does that really matter? What's your big picture here? What, what are you driving towards?’

CP: What will future mayors learn from you?

Hancock: What other mayors will learn from me, I hope, is to surround yourself with the brightest people you can. Every one of those mayors taught me if you're the smartest one in the room, they were in a lot of trouble.

You have to set a tone where people feel good being honest with you, because that keeps you and the city from having catastrophic incidents. Being able to hand the baton off and to grow from where the previous mayor left off and the ability to pick up the phone and call that former mayor is huge. And a lot of cities get in trouble, because they don't have that ability.

I certainly hope and expect that I will play some role in helping the next mayor being able to bounce ideas off of and share what I've learned in this job for 12 years.

CP: What are you going to do next?

Hancock: Well, I hope to go have some fun, but I am really hoping to try my hand more at private sector work. It's not something that I've done. I've been successful on the other two sectors in terms of not-for-profit and government. And now I want to go and see what it's like on the third sector and just try it.

I don't allow myself to think about it too much, but you, I certainly can't never think about it, so it, it crosses my mind every now and then.

CP: When Joe Biden calls and needs to fill a Cabinet position or agency head?

Hancock: Well, you know what? You certainly have got to listen to the president of the United States, and it's our responsibility to respond, so I will always listen, but I don't put anything aside. But, you know, we can make that call at that point.

The founder of Andrew Hudson's Job List, a trusted jobs board in Colorado that launched in 1998, talks Colorado employment amid the pandemic.

Wilma Webb: We have to stay focused on the dream of Martin Luther King Jr.

“In light of what is going on, Dr. King’s life means even more now than when he was living,” said the former Colorado lawmaker, who, after fighting opposition for years, managed to pass a bill in 1984 that established Martin Luther King Jr. Day in the state, the first celebration of its kind anywhere in the country.

A LOOK BACK | Peña pushes campaign finance reforms on exit

A weekly dive into the pages of Colorado Politics' predecessor, The Colorado Statesman, which started in 1898.

STATE OF THE CITY | Denver Mayor Michael Hancock delivers his 11th address, unlike others

Denver Mayor Michael Hancock delivered his 11th State of the City address Monday morning, but in many ways it was like none other as the nation stands a step back from the precipice of the pandemic.

BARTELS | In three decades since ‘The Walk,’ legacy of Wellington Webb stands tall

Lynn Bartels: "Thirty years ago this month, Wellington Webb won his first election as Denver mayor by beating the favored candidate in every part of the city, kicking off a 12-year stretch of defining the Mile High City for decades to come."