A Thursday letter signed by state and local Democrats to U.S. Reps. Lauren Boebert, R-Rifle, and Doug Lamborn, R-Colorado Springs, is demanding their resignation for their role in what took place in Washington, D.C., on Wednesday.

The letter said the two lawmakers "have betrayed the trust of Colorado voters by helping incite violence against the body you were elected to, a body designed to serve us. By endorsing the president’s unsubstantiated and repeatedly debunked, discredited, and false claims of voter fraud, you encouraged and tacitly endorsed the actions of these terrorists and threatened the basic foundation of our democracy."

The letter claims Boebert and Lamborn "are directly responsible for the destruction and mayhem that engulfed the U.S. Capitol and American democracy yesterday." It also noted that Boebert had posted a video, purportedly showing her carrying a gun down the streets of Washington, D.C. which has earned her attention from the city's police chief, who said he would warn her about the city's ban on open-carry of firearms. A Boebert spokesperson told The Washington Post the congresswoman was not actually carrying a gun during the video filming.

On her Twitter feed Wednesday, Boebert posted "Today is 1776," although she later denounced the violence that had taken place at the Capitol.

The Aurora Sentinel also published an editorial Thursday that called on the pair to resign.

Congressman Lamborn's office has no comment on the letter, according to spokeswoman Cassandra Sebastian. Boebert's office has not responded to a request for comment. 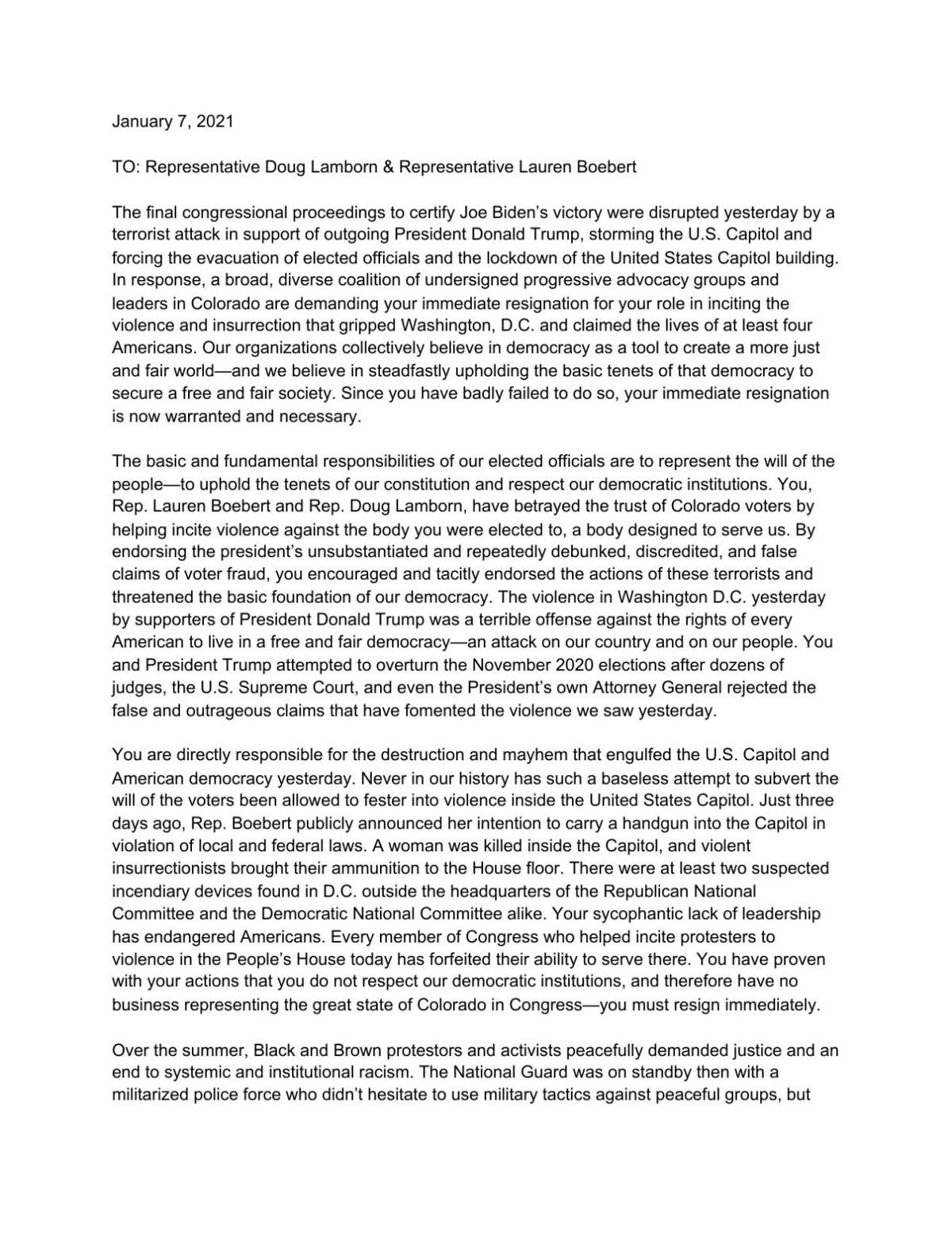 Rep. Lauren Boebert was one of more than 100 House Republicans who formally objected to counting electoral votes from a half dozen states won by Biden, based on unfounded claims the election was "stolen" from Trump.