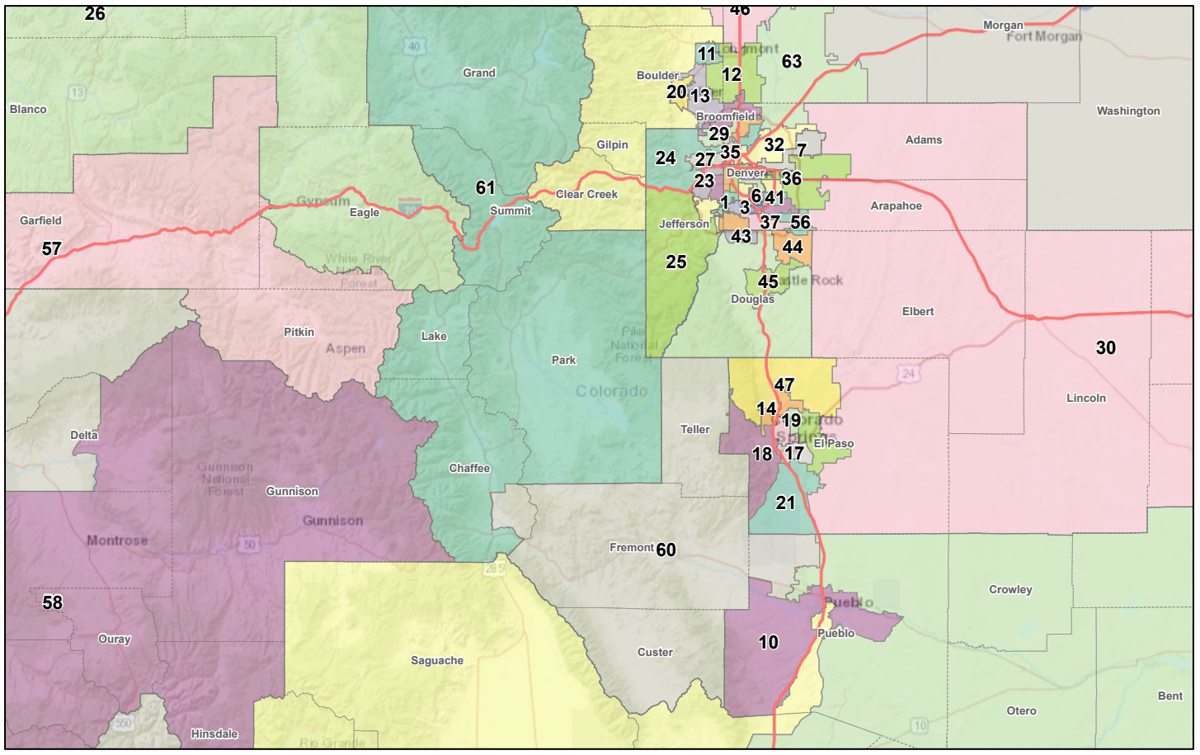 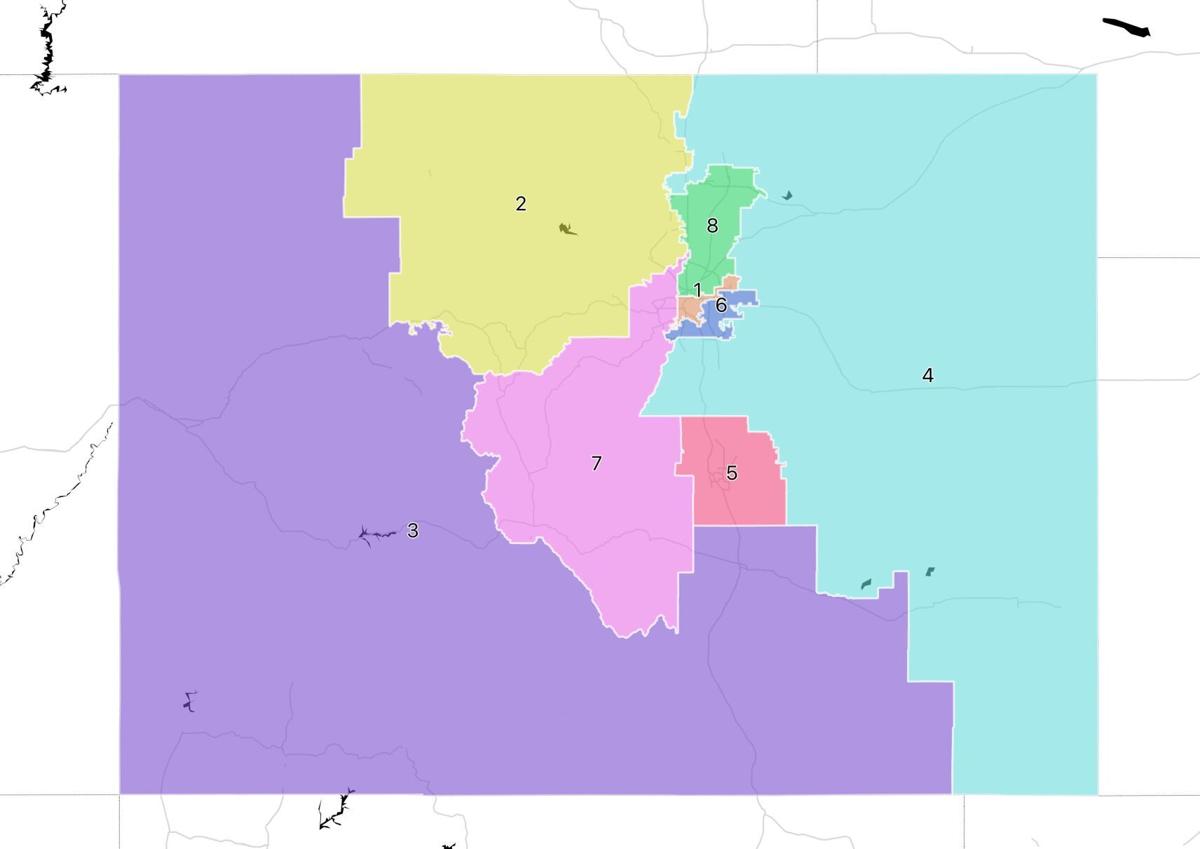 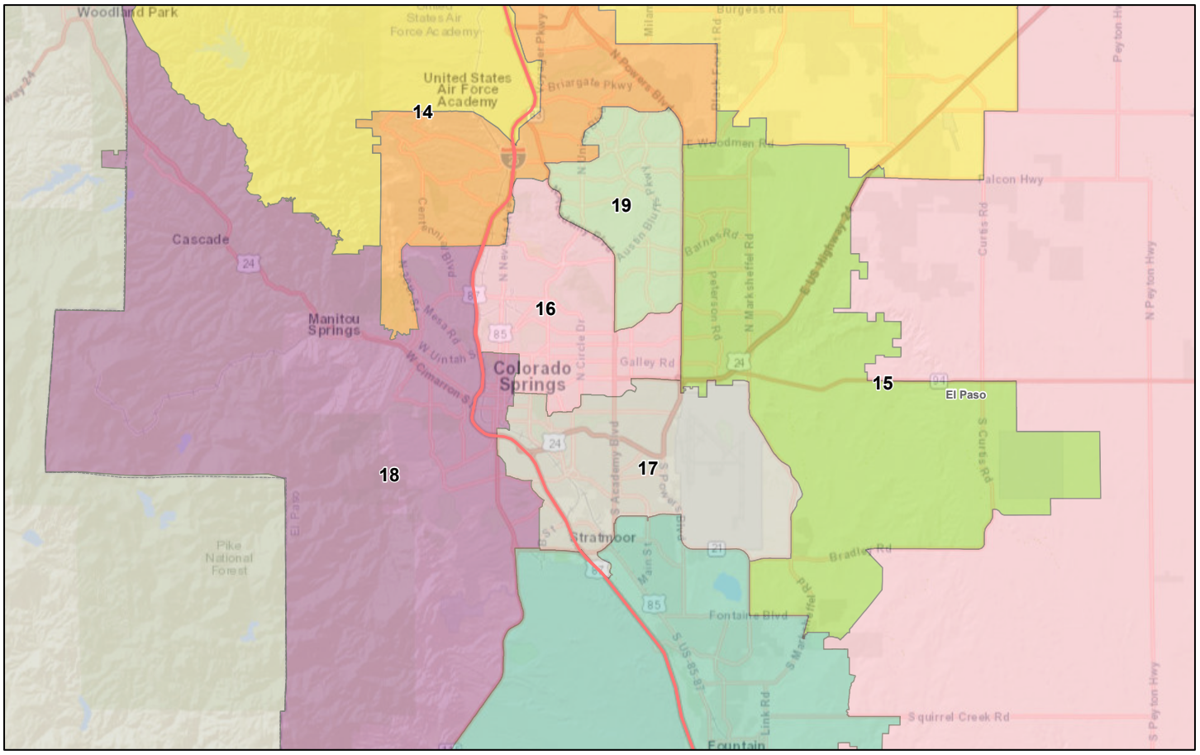 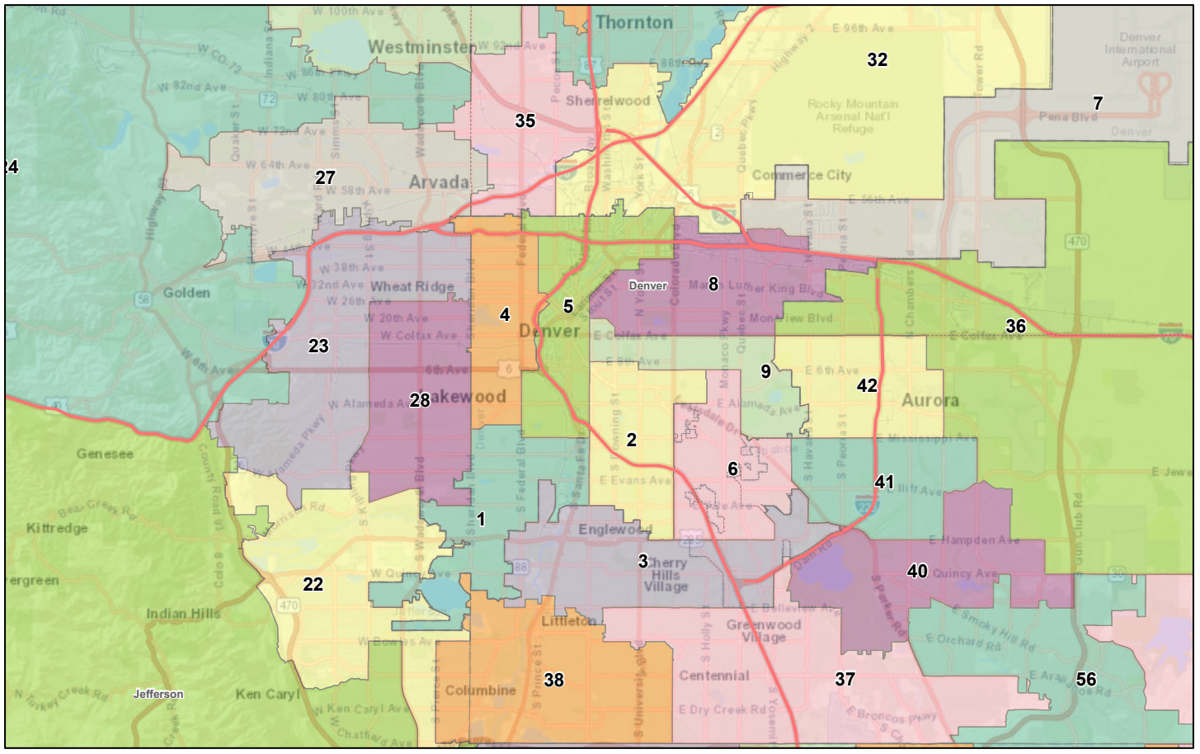 The commission will next send the adopted plan to the Colorado Supreme Court for review and approval.

The commissioners haven't yet adopted a final state Senate district map. They have until the end of the day Tuesday to make a selection, or else the most recent "third staff plan" Senate map, released by the commission's staff last week, will be adopted by default.

The adopted map dubbed the "HA.013 Barry" map plan after its author, Democratic commissioner Heather Barry, wouldn’t radically alter the partisan makeup of the legislature. Based on a blend of past election results, the adopted map would create 38 safe Democratic seats, 21 safe Republican seats and six districts where the average of the past election results falls within a five percentage point margin. The state House is currently made up of 42 Democrats and 23 Republicans.

The map also includes 11 districts that would be majority non-white, and another six districts with greater than 30% Hispanic composition, often referred to as minority-influence districts.

The selection of the map comes after months of hearings and deliberations by the commissioners, including a statewide public input tour where Coloradans were invited to share their opinions on what the state's new political districts should look like.

Colorado's legislative redistricting commissions on Tuesday released what could be adopted as the group's final state House and Senate maps.

The commissioners committed to adopting final House and Senate maps by the end of Tuesday, Oct. 12, so that formal submissions to the state Supreme Court can be prepared by the commission's staff. The state's high court will then review the maps, hold oral arguments and decide whether the maps pass constitutional muster.

After the commission adopts both a House and Senate district plan, any interested parties are invited to file briefs to the court, arguing in support or against the maps, by Oct. 22. Oral arguments on the maps will be held Oct. 25, and the court will decide by Nov. 15 whether the maps will be used for the next decade. If the court finds that the maps do not meet the constitutional requirements, they could be sent back to the commissioners for changes.

Following the commission’s late-night map adoption, some have said the process worked well and others have called it a compromise they can live with. Some political observers say the outcome fell short of their expectations, when it comes to incumbents' chances or gaining partisan advantage.

At least two Hispanic advocacy organization says they're planning to challenge the map, on the grounds that it dilutes minority voting rights.