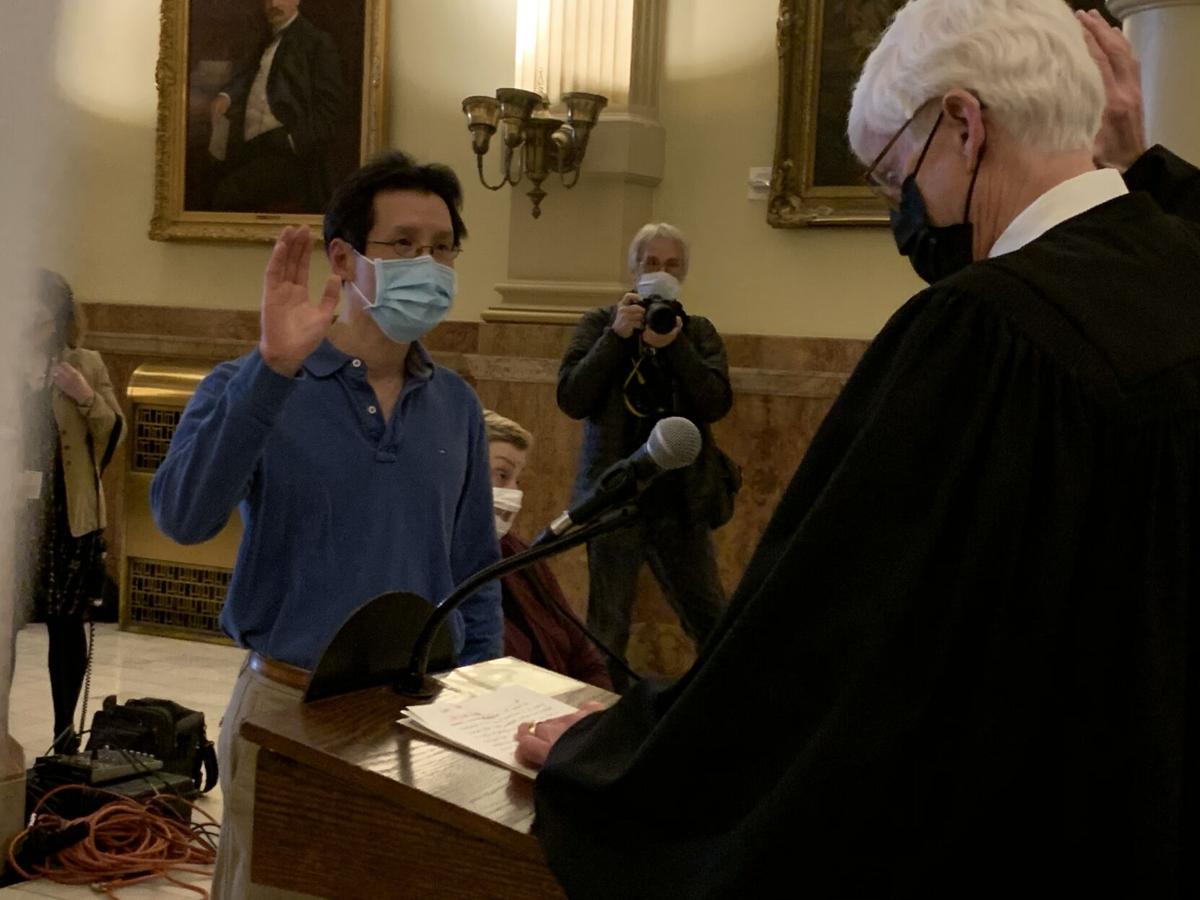 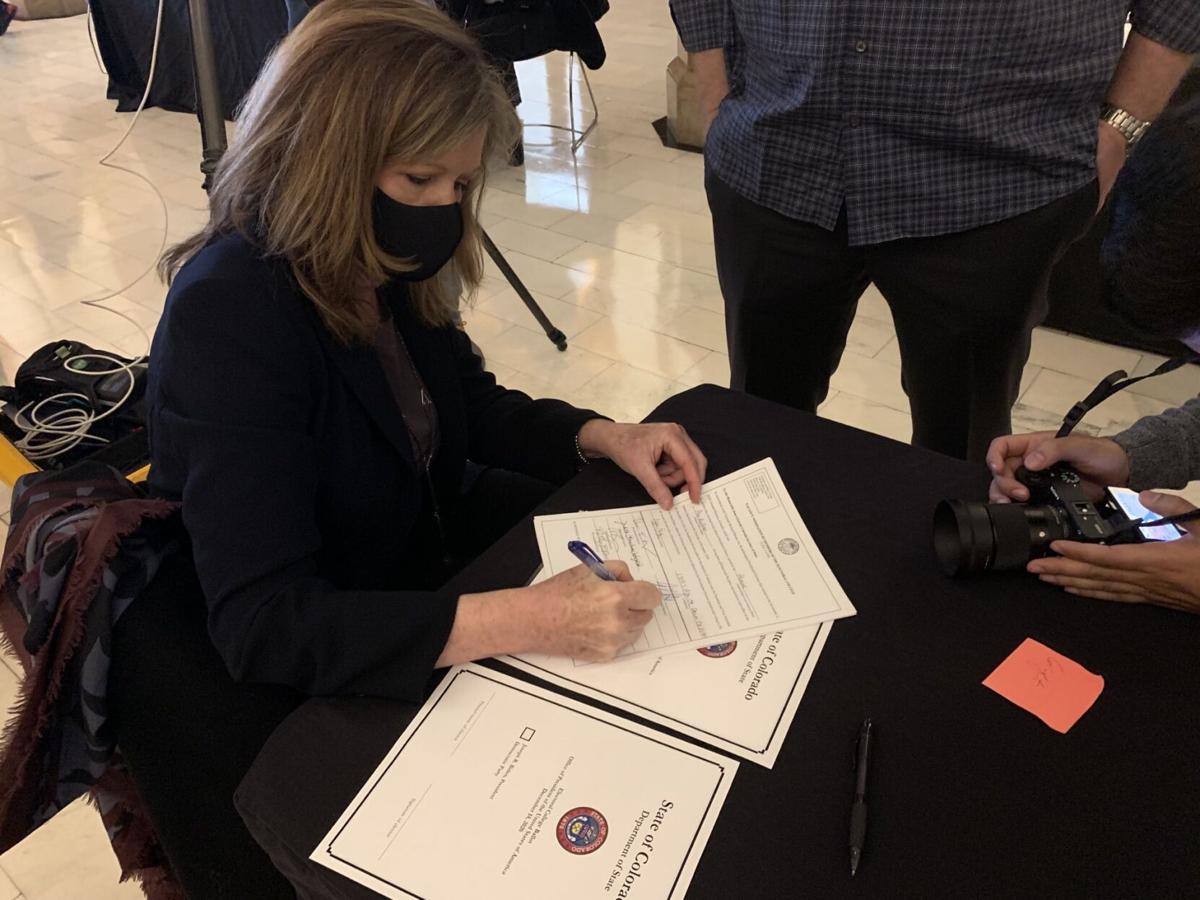 Elector Anne McFaddin of Fort Collins signs off on her nomination of alternate Roger Fang before Colorado's electoral college vote at the state Capitol on Monday, Dec. 14, 2020. 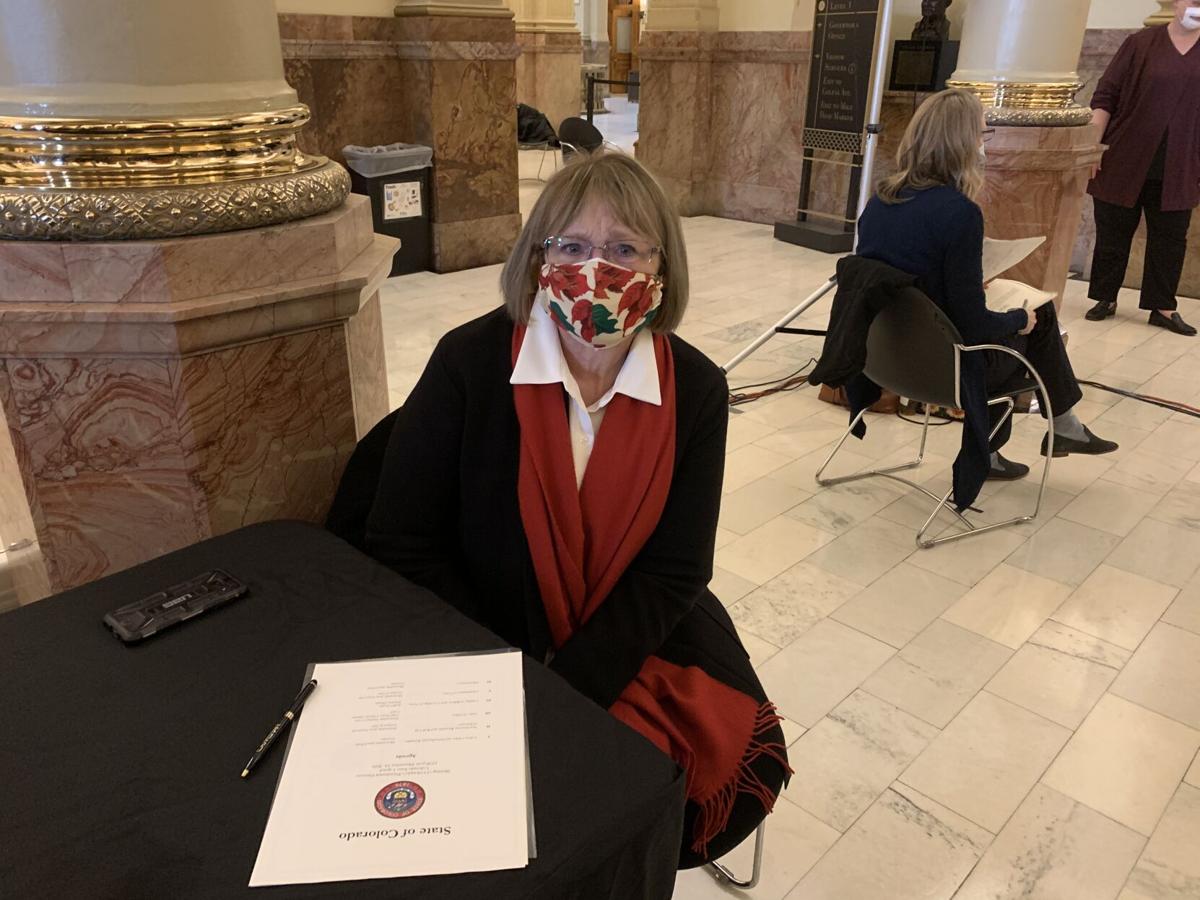 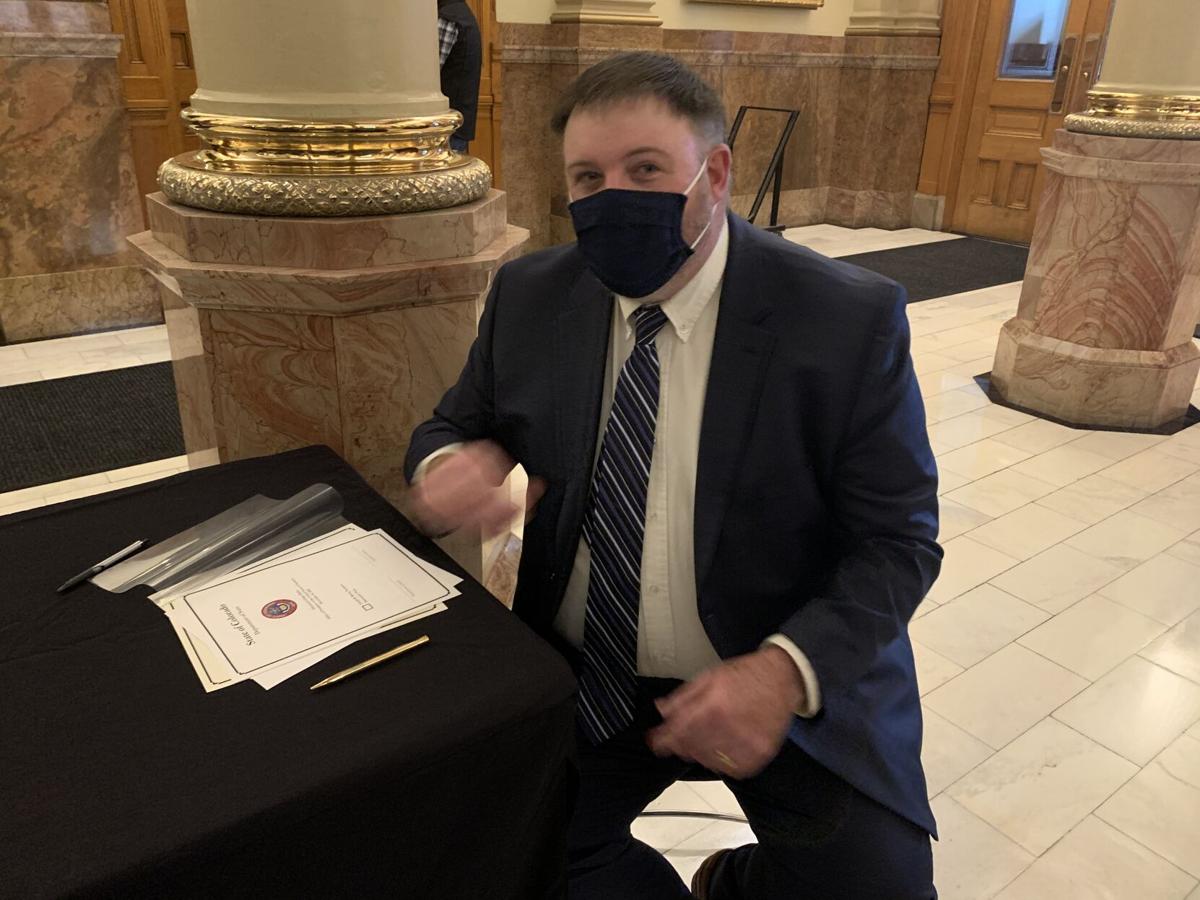 At 12:25 p.m. Monday, Colorado's nine Democratic electors voted for President-elect Joe Biden and Vice President Kamala Harris, a vote that puts a final stamp on the results of the Nov. 3 election, in which the Biden/Harris ticket won by 13 percentage points.

The nine electors — one from each of Colorado's seven congressional districts, plus two at-large elected in the party's state convention — took the oath at 12:05 p.m. on Monday in west foyer of the state Capitol. The oath was administered by the Chief Justice of the Colorado Supreme Court Nathan B. Coats.

The oath Coats used is the one changed by then-Secretary of State Wayne Williams on the day the Electoral College met in 2016, which added a line that said "I will vote for the presidential candidates and vice-presidential candidate who received the highest number of votes at the preceding general election.”

One elector — Ann Knollman of Arvada, from Congressional District 7 — was ailing and did not attend. She was replaced by First Alternate Roger Fang of Denver. Alternates do not have to be from the congressional district they replace.

Electors were required to go through health screenings prior to the meeting, and security at the Capitol was tight, given the rhetoric pushed by supporters of President Trump that the election had been stolen from him. However, there were no protesters seen at the Capitol rallying against the vote.

As of 4 p.m. Mountain Time, with 534 votes cast, 302 have gone to Biden and 232 for Trump. That's from 49 states, including the battleground states of Arizona, Michigan, Nevada, Pennsylvania and Georgia, where Trump and his allies have been waging a legal battle to overturn votes in favor of Biden.

The last state, Hawaii, was expected to put in its four votes for Biden about 5 p.m. MT.

Biden is expected to win 306 votes to Trump's 232. That's the same margin from 2016, in which Trump defeated Democratic nominee Hillary Clinton.

Ballots from the Electoral College will be submitted to Congress for a formal count on Jan. 6.

Gov. Jared Polis welcomed the electors to the state Capitol. "Normally this would be by far, the most exciting thing we do today, but today Colorado got its first coronavirus vaccines!" He also applauded the efforts of Colorado voters to elect Biden and Harris. "The will of the voters is something we can never take for granted," he said.

Polis noted that 86% of registered voters in Colorado cast ballots in November, among the highest in the nation.

Several electors who spoke to Colorado Politics on Sunday said that despite being part of the process, they'd prefer to see the Electoral College abolished and the winner chosen by national popular vote.

Colorado voters approved the state joining the National Popular Vote compact in November's general election. That compact now includes 15 states with 196 votes. It goes into effect when it reaches 270 votes, the number of voters required for a presidential win.

Elector Polly Baca, a former state senator and four-time elector, said Sunday that she believes in the vote, and trusts the American people as well as the national popular vote. “We should fulfill our democracy by allowing every single voter to vote their conscience, and that every vote should weigh equally.”

The electors from Colorado:

At Large: Polly Baca and Alan Kennedy, both of Denver. Baca is a four-time elector and former state senator.

CD7: Roger Fang was nominated as an alternate for ailing elector Ann Knollman of Arvada.

Carroll said in a statement after the vote that "the wheels of democracy moved forward as our founders intended today. No amount of sham lawsuits and conspiracy theories being pushed by Republicans across the country can change the fact that Joe Biden was duly elected as President of the United States, and the votes cast by the electors today have sealed that decision made by the American people.

"Now, it is my hope that we as a country can turn the page with decency and leadership returned to the White House, and we can build a better future for everyone."

U.S. Rep. Ken Buck, the Windsor Republican who doubles as chairman of the state GOP, also said in a statement that despite his disappointment that President Donald Trump didn't win re-election, he respects "the constitutional process" and added that he also respects Trump's right to "exhaust all legal options."