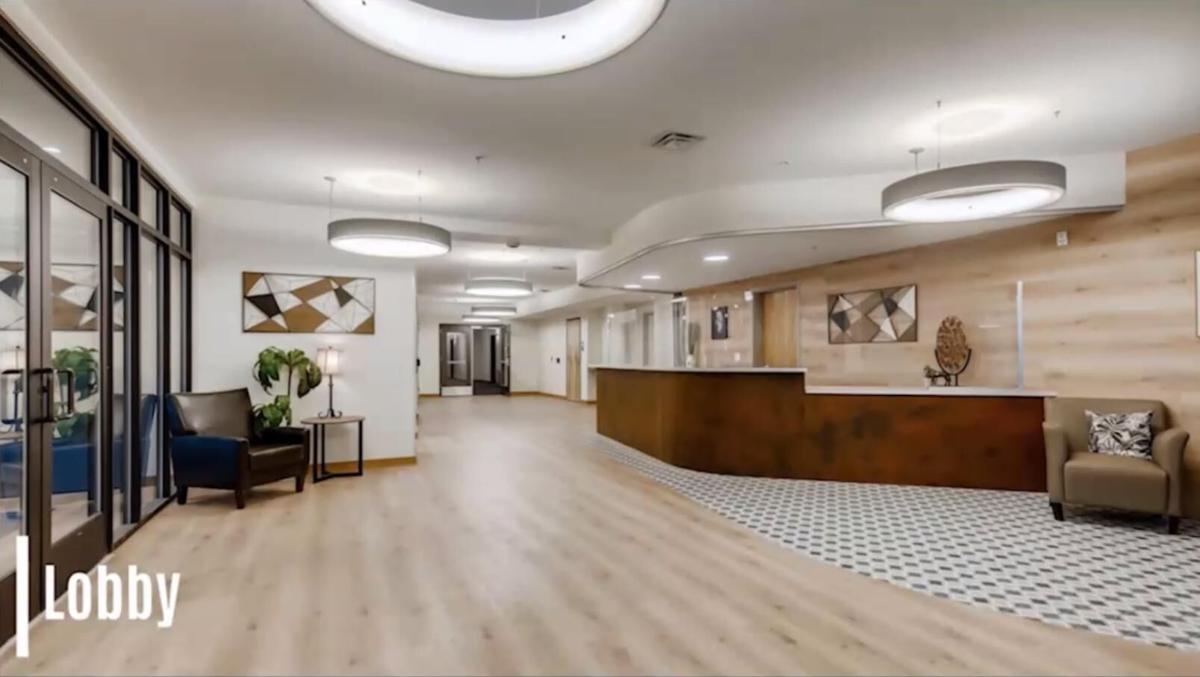 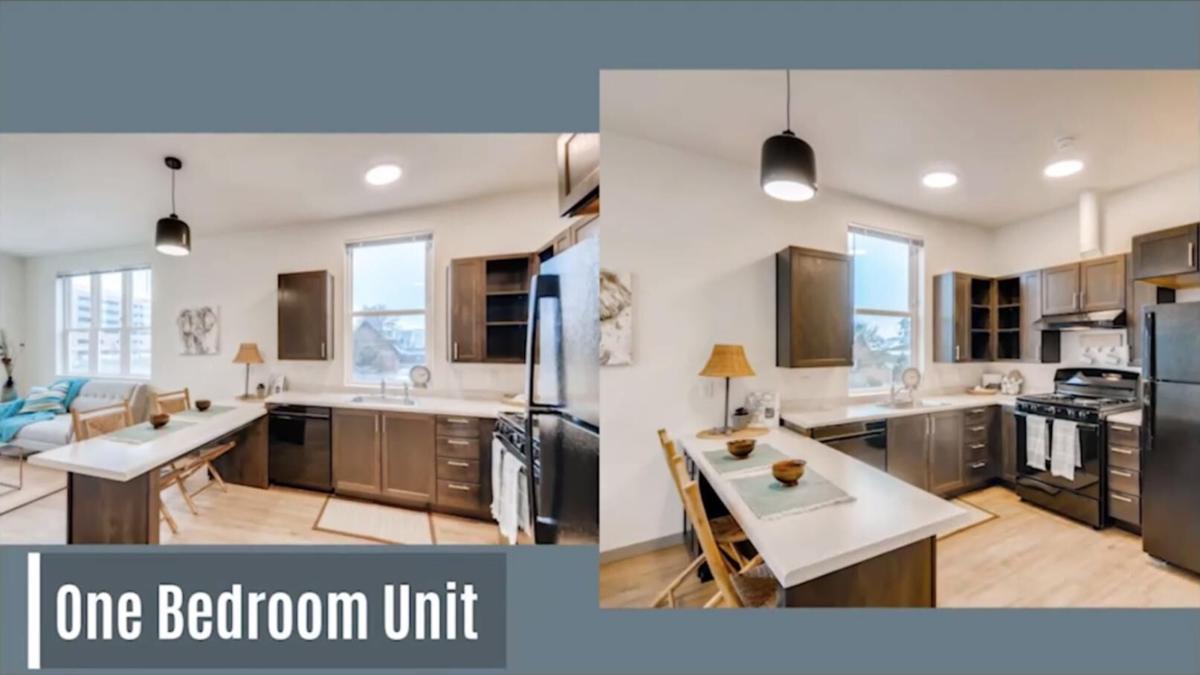 One-bedroom units at the Renaissance Veterans Apartments at Fitzsimons. 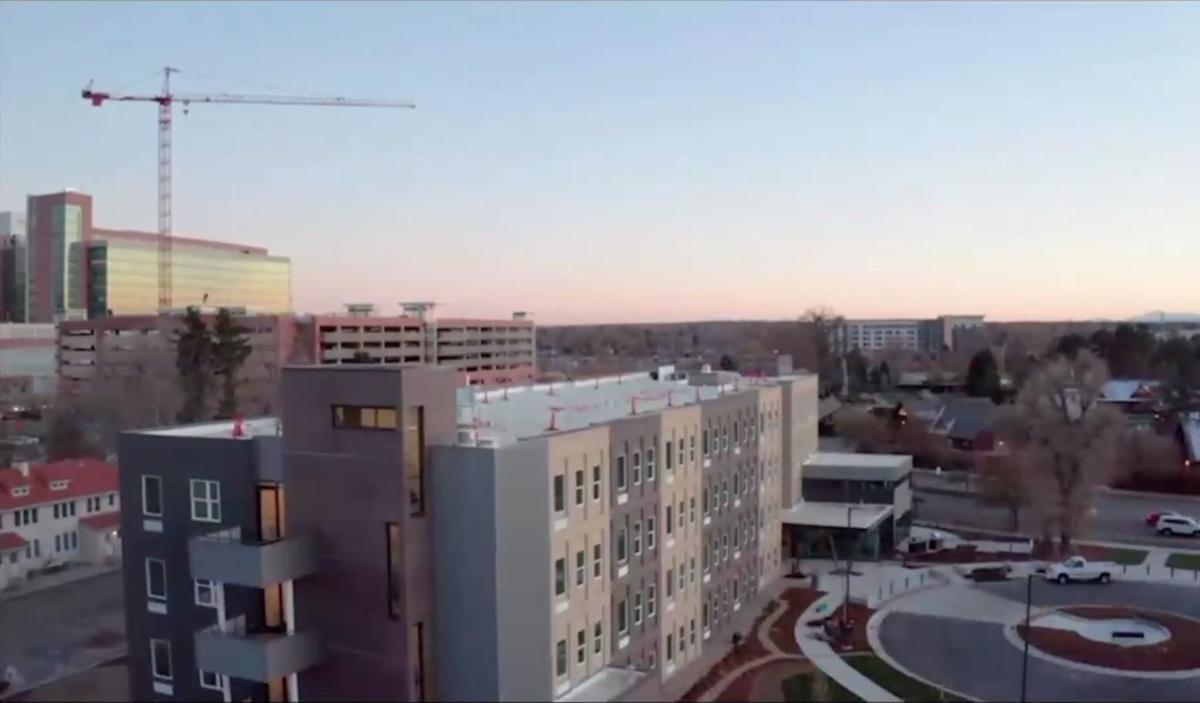 One-bedroom units at the Renaissance Veterans Apartments at Fitzsimons.

In a one-of-a-kind-virtual opening, the Colorado Coalition for the Homeless unveiled its new Renaissance Veterans Apartments at Fitzsimons, intended to provide 60 units of "supportive housing" for veterans and their immediate families who are experiencing or at risk for homelessness.

The complex is located on a former parking lot on the northeast quadrant of the Anschutz Medical Campus, in between Peoria Street and the former Fitzsimons Army Medical Center parade grounds.

It isn't only homes for veterans who are homeless, estimated at around 800 in the Denver metro area. The "supportive" part comes from counseling services, case management, a front desk and concierge-type services.

The site at Fitzsimons has sat vacant for 20 years, according to John Parvensky, president and CEO of the coalition.

In 2016, Gov. John Hickenlooper signed into law House Bill 16-1397, which directed the Colorado Department of Human Services to develop two vacant lots near the existing Colorado Veterans Home at Fitzsimons for caring for veterans and their family members.

The coalition won the right to build the facility from a competitive-bidding process through the CDHS. The coalition next got low-income tax credits from the Colorado Housing and Finance Authority, and that helped provide incentives for private investments to build the $17.3 million facility.

But the project is testimony to what can happen when everyone works together, Parvensky said. Funding came from Bank of the West, the Home Depot Foundation, the Department of Local Affairs, the city of Aurora and the Mercy Loan Fund. The project was designed by Studio Completiva of Denver.

The first occupants could be moving into one of the fully-furnished 56 one-bedroom or four two-bedroom units by next week. All units are subsidized with vouchers so that the maximum any veteran would pay is up to 30% of their net income. Residents will be referred from the Veterans Administration, the coalition's Veterans Programs and the Metro Denver Homeless Initiative, and income will be verified, according to the coalition.

"Not only did we have the subsidies to build the units," Parvensky said," but every veteran who lives here" will be ensured that they have affordability, whether or not they enter with no income on Day One. "We'll help them find a job, and when their income goes up the rent goes up proportionately." It isn't only affordable housing, it's beautiful. Parvensky said they've built something that anyone would want to live in, in a beautiful space where people can interact not only with each other but with the community.

On hand for the virtual grand opening: U.S. Rep. Jason Crow, D-Aurora, an Army veteran himself. "These homes will have a transformative effect," Crow said via taped message. "We must make sure we provide our vets with the care and resources they've earned."

Michael Kilmer, director of the Veterans Administration Eastern Colorado Health Care system, said that on any given night, a 2019 survey said there are more than 37,000 veterans experiencing homelessness nationwide, 800 in the metro Denver area alone. And that number has doubled in the last year alone.

There will be more challenges and obstacles ahead, Kilmer said, "but I have hope. The opening of the Renaissance apartments is a huge step for our veterans and our communities."

Gov. Jared Polis also offered his congratulations and thanked the coalition for their longstanding commitment to providing housing for those experiencing homelessness. "Home is the safest place to be during the pandemic," the governor said. The new apartments "provide a place for these veterans to call their own."

While the apartments will house 60 vets and their families, that still leaves a huge gap in addressing veterans' homelessness problem, Parvensky said. "This is a down payment on what we owe to vets ... we need a renewed focus on how we provide housing."

The nine-story project will be made possible in partnership with the Colorado Coalition for the Homeless. The complex, to be called Legacy Lofts, will be located at 2175 California St., two blocks from a public transit station and adjacent to the Stout Street Health Center.