A Grand Junction home building company is taking a pair of state agencies to court, alleging in a lawsuit filed Tuesday that a ballot measure approved by voters in November that establishes paid family and medical leave in Colorado is unconstitutional.

Nearly 58% of Colorado voters last year supported Proposition 118, which authorized up to 12 weeks (and in some cases up to 16 weeks) of paid leave at a rate of $1,100 per week. The program will be funded by a payroll “premium” once it's up and running, though lawmakers this session opted to grant the program a $1.5 million loan to fund startup costs.

But the suit filed by Dan Burrows of the Public Trust Institute on behalf of Chronos Builders, LLC alleges that “premium” amounts to a tax. And because Prop 118 allows exemptions for local governments, the self-employed, employers with less than 10 employees and employers that offer an approved paid leave program, the suit alleges the tax is unconstitutional.

That’s because, the suit argues, the state constitution mandates “all taxable net income to be taxed at one rate, excluding refund tax credits or voter-approved tax credits, with no added tax or surcharge.” The suit says the premium amounts to an added surcharge, or alternatively an income tax not being applied uniformly. Either way, Burrows wrote in the complaint, the ballot measure violates the constitution. 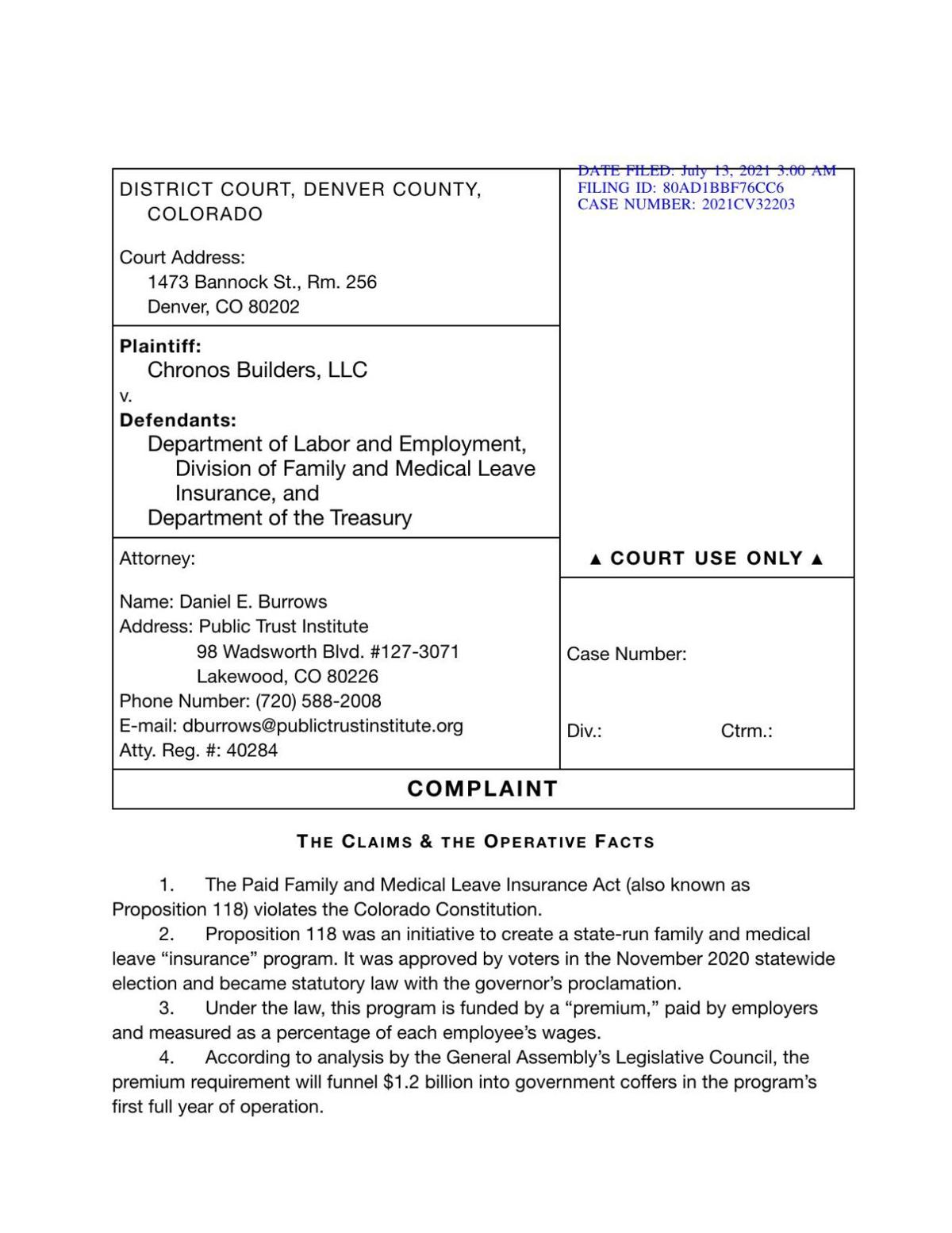 The suit filed against the state Department of Labor and Employment’s Division of Family and Medical Leave Insurance and the state Department of the Treasury asks the Denver district court for an injunction to prevent the collection of Prop 118’s premium from Chronos Builders. The suit also asks the court to find that the funding mechanism can’t be detached from the program as a whole, which would make the program unenforceable.

“This is just an income tax by another name,” Burrows said in a statement. “The state constitution is clear that if government wants to fund a new program by taxing wages, it has to treat everyone the same, no matter how attractive the aims of that program might be.”

The panel did agree with "Joe Exotic" on one of his claims.