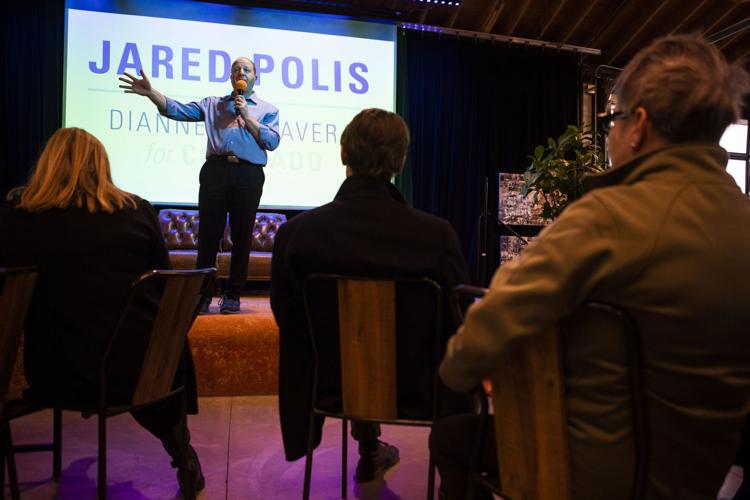 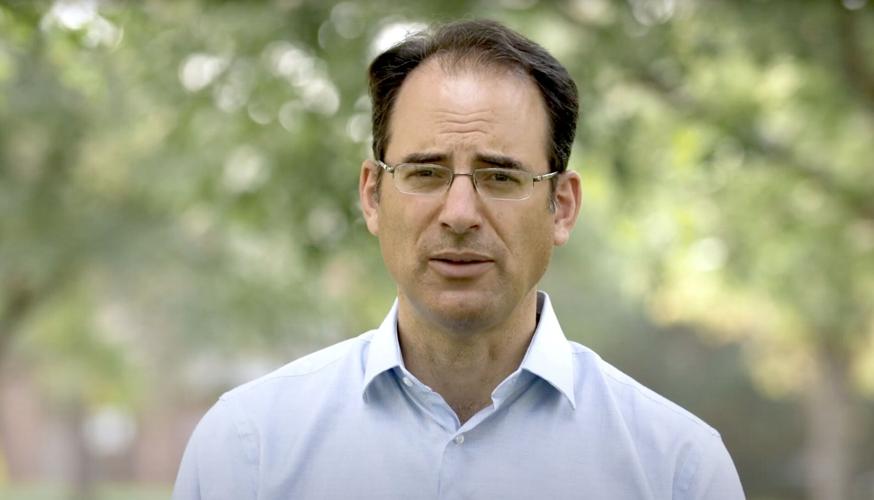 Colorado Attorney General Phil Weiser is pictured in a campaign video announcing the Democrat's 2022 bid for a second term.

Colorado Attorney General Phil Weiser is pictured in a campaign video announcing the Democrat's 2022 bid for a second term.

A collection of former and current Republican candidates testified in federal court on Wednesday about the struggles they faced running campaigns with Colorado's constitutionally-mandated contribution limits in an attempt to convince a judge to block the enforcement of those caps heading into the 2022 election.

At the same time, the Colorado Attorney General's Office questioned whether allowing individuals to donate more money to candidates would have delivered the benefits the plaintiffs claimed, and the government's expert witness suggested the current constitutional limits do not diminish the competitiveness of state races.

Attorneys for the conservative group Advance Colorado and the Washington, D.C.-based Institute for Free Speech filed suit on Jan. 28 against Secretary of State Jena Griswold, alleging that Article 28, which voters approved as a state constitutional amendment in 2002, set contribution limits to political candidates so low that they violate the First Amendment and federal court precedent.

Although complex, there are two key parts of Article 28 that are under dispute.

First, there are dollar caps on what a candidate can receive from a single contributor in an election cycle, amounting to $1,250 for "Tier 1" candidates running for statewide office, and $400 for "Tier 2" offices, including state legislative seats. Second, if a candidate opts to voluntarily restrict the total money spent on their campaign, they are eligible to collect donations in twice those amounts from individuals.

The plaintiffs have advanced a range of justifications for challenging the constitutional contribution limits. They argue that Colorado's caps are among the lowest of any state, that the inflationary adjustments have not kept up with actual inflation, and that the caps do not advance a legitimate interest, such as combating corruption.

"Colorado’s contribution limits are so low that they impede the ability of candidates to amass the resources necessary for effective advocacy," the lawsuit alleges.

One of the plaintiffs, Rep. Rod Pelton, R-Cheyenne Wells, is in his second term in the House of Representatives but is running to represent Senate District 35 in this year's election. He testified that the district encompasses 13 counties and 25,000 square miles, and it represents one-quarter of Colorado geographically.

"How challenging are you finding it to secure all the funds you need to reach the people in your district?" Owen Yeates, the plaintiffs' attorney, asked Pelton.

"I drive a pickup that doesn’t get great mileage," he responded. "It costs me $75-$80 dollars to fill up my pickup each time. ... Two weeks of campaigning, you’ve used up one maximum donation."

But the government attempted to show that, in fact, Article 28's provisions are not harming Pelton's campaign. Assistant Attorney General Peter G. Baumann pointed out that Pelton, in a declaration to the court, claimed to have voluntarily restricted his spending on his Senate campaign to "$110,700." In reality, Article 28 permits Senate candidates who agree to spending limits to spend up to $122,200.

"So when you signed that declaration, you didn’t know what the voluntary spending limit was," Baumann said.

The government also questioned the harms of Article 28's caps for another candidate, Suzanne Taheri, who ran for a state Senate seat in 2020 but lost to now-Sen. Chris Kolker, D-Centennial. Taheri raised just under $90,000 — less than Kolker and much less than the spending by groups independent from the two candidates, which ballooned the total cost of the competitive race to over $2 million.

Assistant Attorney General Michael T. Kotlarczyk asked Taheri whether she thought she could have raised anywhere near $2 million with higher contribution caps, and suggested that because Kolker had outraised her under the current system, he could have increased his fundraising lead further if he were allowed to collect more in contributions.

"It would also have allowed your opponent to get additional advertising, TV ads, mailers, out there as well, right?" Kotlarczyk asked.

The three plaintiffs — Pelton, past and current gubernatorial nominee Greg Lopez, and past Congressional District 6 candidate Steve House — have asked U.S. District Court Senior Judge John L. Kane to issue a preliminary injunction preventing the secretary of state from enforcing the campaign contribution limits. The attorney general's office contends that the plaintiffs, who all knew about the limits from their prior campaigns, could have filed suit sooner to avoid disrupting the 2022 election.

Colorado's limits for Tier 1 and Tier 2 candidates are generally lower than all other states. Delaware, with a population much smaller than Colorado's, sets its cap for individuals' contributions to statewide candidates only $50 lower than Colorado, according to the National Conference of State Legislatures. Roughly half a dozen states allow unlimited contributions from individuals, while Mississippi imposes caps on judicial candidates, but not statewide or legislative candidates.

Both sides have analyzed Article 28's requirements in light of the "Randall factors," named for the U.S. Supreme Court's 2006 decision in Randall v. Sorrell. The court invalidated a Vermont campaign finance law that, among other things, imposed a limit of $200 for individuals' donations to candidates for state representative and $400 to statewide candidates.

Under Randall, there are "danger signs" to contribution caps if the dollar amounts are substantially lower than in other states, and lower than what the Supreme Court has previously upheld. Once those danger signs are present, courts must determine whether the limits significantly restrict the ability of challengers to run competitive campaigns, how political parties are affected, how the campaign finance laws treat campaign volunteers, whether the limits are indexed to inflation, and any "special justification" for abnormally-low dollar amounts.

Both parties agreed that, to some extent, there were danger signs present for Colorado's contribution caps. The plaintiffs argued that multiple Randall factors were in play. For example, inflation in the Denver-Aurora-Lakewood statistical area has reportedly increased by 55% since 2002, but the cap for statewide "Tier 1" candidates has only increased by 25%. There was also no special justification, the plaintiffs argued, for the numerical limits.

"Colorado’s scheme must also fall because it wasn’t passed for an anti-corruption purpose in the first place," the request for a preliminary inunction argued.

The attorney general's office countered that "literally the first words" of Article 28 link large campaign contributions to corruption, and that there is a scheduled adjustment for inflation in 2023, which will incorporate the inflationary surge of 2022. In contrast, the government noted, Vermont had no inflationary increase in the law the Supreme Court struck down.

Both sides focused in the hearing on the effect of Colorado's contribution limits on the ability of challengers to take on incumbents.

Douglas Spencer, a professor of law at the University of Colorado, opined as the government's witness that he did not observe any relationship between contribution limits and the rate of incumbents being reelected.

The expert witness for the plaintiffs, Seth Masket of the University of Denver, prepared his own data set examining legislative races between 2008 and 2020. He noted that incumbents have an approximately 90% reelection rate, but that percentage decreases slightly when challengers are able to raise a substantial amount of money.

"My impression is the campaign contribution limits make it somewhat harder for challengers to run competitive campaigns here in Colorado," Masket testified.

On cross-examination, however, Kotlarczyk revealed that some of Masket's data were inaccurate, and he had apparently incorporated spending from independent committees into candidates' own expenditures, dramatically inflating some dollar figures.

"Do you have any explanation sitting here right now about why your data set is over $500,000 off?" Kotlarczyk asked.

"I do not," Masket conceded.

The parties will return to Kane's courtroom on Thursday morning to deliver closing remarks. Kane indicated he would draft a written order promptly on the injunction request.

Although the hospital's pre-surgery estimate was that the patient herself would pay just under $1,337, complications ballooned her share of the bill to $229,112.