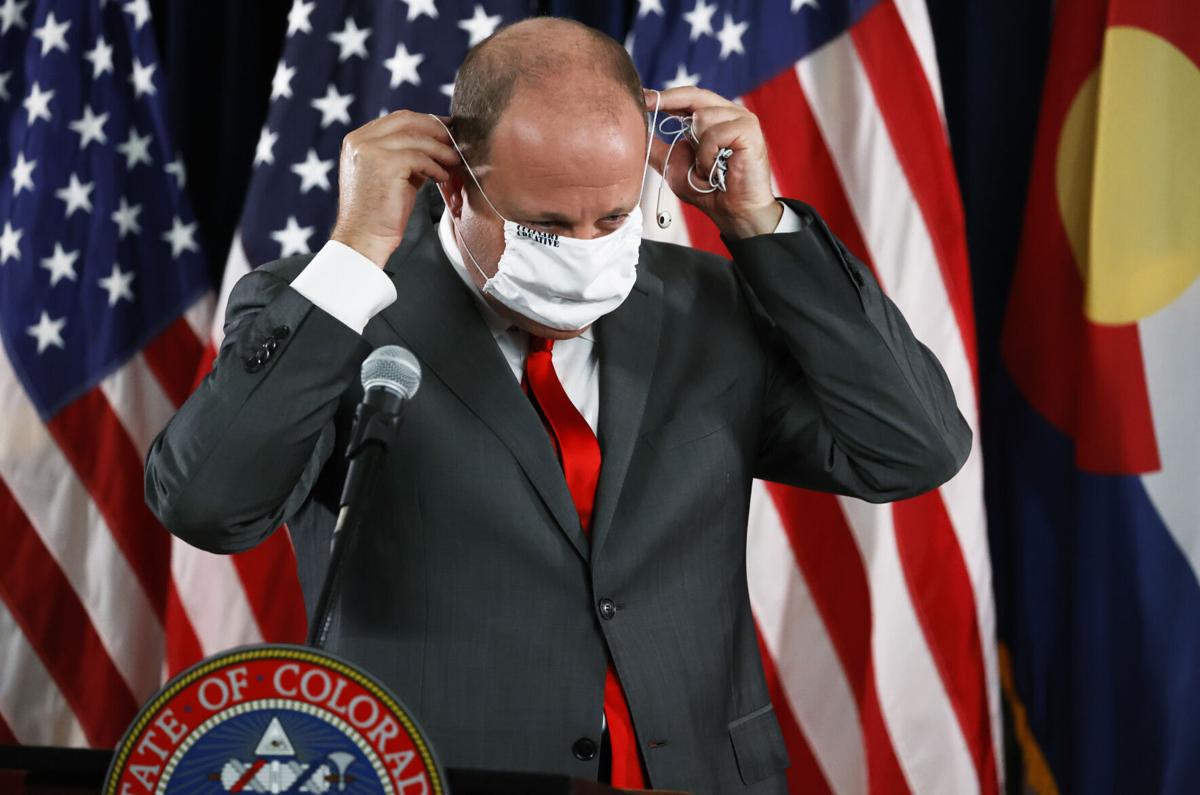 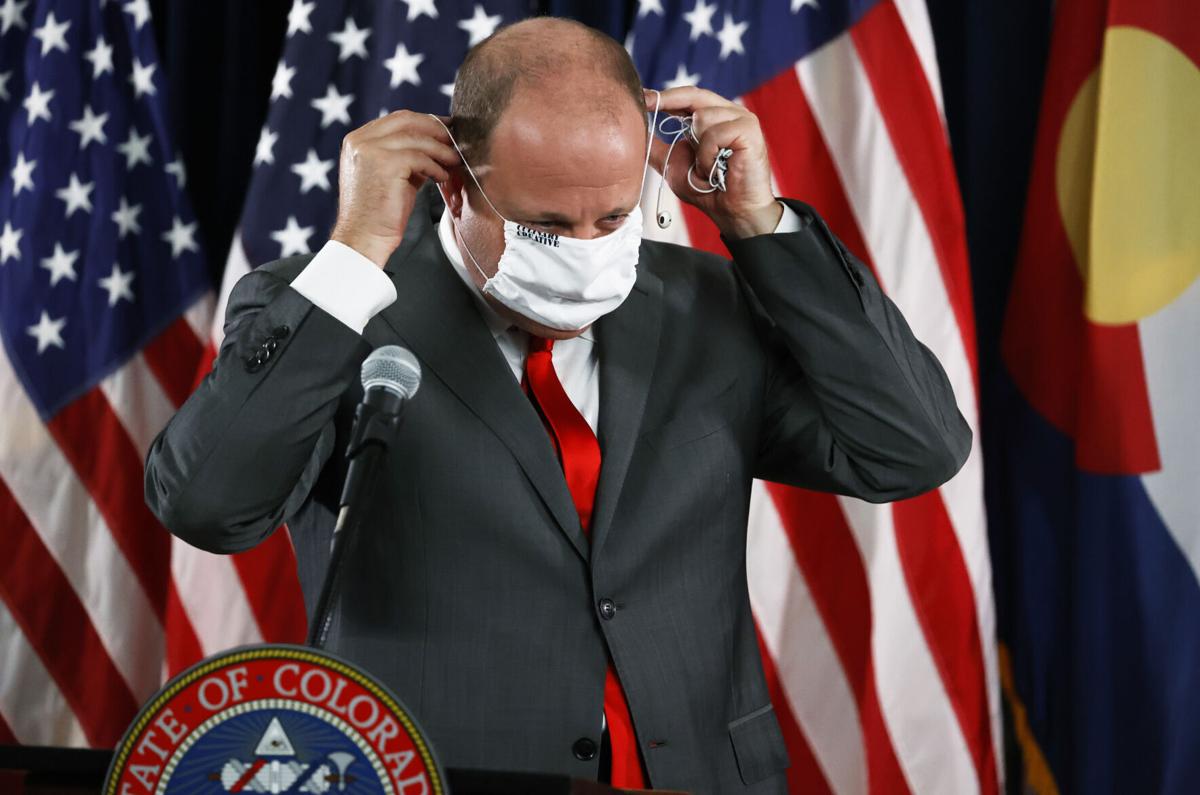 Colorado Governor Jared Polis puts on his face covering after a news conference to update the state’s status in dealing with the new coronavirus Tuesday, July 28, 2020, in Denver.

Colorado Governor Jared Polis puts on his face covering after a news conference to update the state’s status in dealing with the new coronavirus Tuesday, July 28, 2020, in Denver.

Gov. Jared Polis plans to extend Colorado's statewide mask mandate, his office confirmed Wednesday. And a new survey shows that a majority of Coloradans, regardless of political affiliation, support the order.

“Our data has shown that mask-wearing has contributed to our great success thus far in reducing the spread of the virus and helping more and more of our economy re-open rapidly including our schools," Polis said in a statement to 9NEWS. "Therefore we expect the mask order to stay in place and support localized efforts to continue mask-wearing and raise awareness about the importance of avoiding large groups. Masks and social distancing continue protecting the lives of Coloradans during this pandemic.”

The mandate, put into place at midnight on July 17, is set to expire this weekend and requires face coverings be worn in indoor public places.

The order applies to anyone over the age of 10. People who have medical issues or disabilities that preclude them from wearing masks are exempt from the mandate. People who refuse to wear a mask in required areas could face civil or criminal penalties, such as being prosecuted for trespassing. If a business doesn’t comply, it risks losing its license.

A poll released Thursday by Healthier Colorado shows that 77% of Coloradans support the mask mandate. Broken down by party registration, 95% of Democrats are in favor, as are 74% of unaffiliated Coloradans and 62% of Republicans.

The differences also become more striking depending on whether the respondent lives in the Denver metro area versus other parts of the state.

In Larimer and Weld counties, where the mask order is not being enforced by local law enforcement, the mask mandate has less support. Only 57% support the order, the lowest percentage the survey reported. In the five-county metro area, 79% support the mandate. It's even higher when just looking at Denver and Boulder, where 96% of respondents support it.

Statewide, 64% of respondents said they back the mask mandate.

Marianne Goodland of Colorado Politics contributed to this story.

As expected, Gov. Jared Polis on Friday extended a previous executive order mandating that all Coloradans wear face coverings for another 30 days, until September 13.