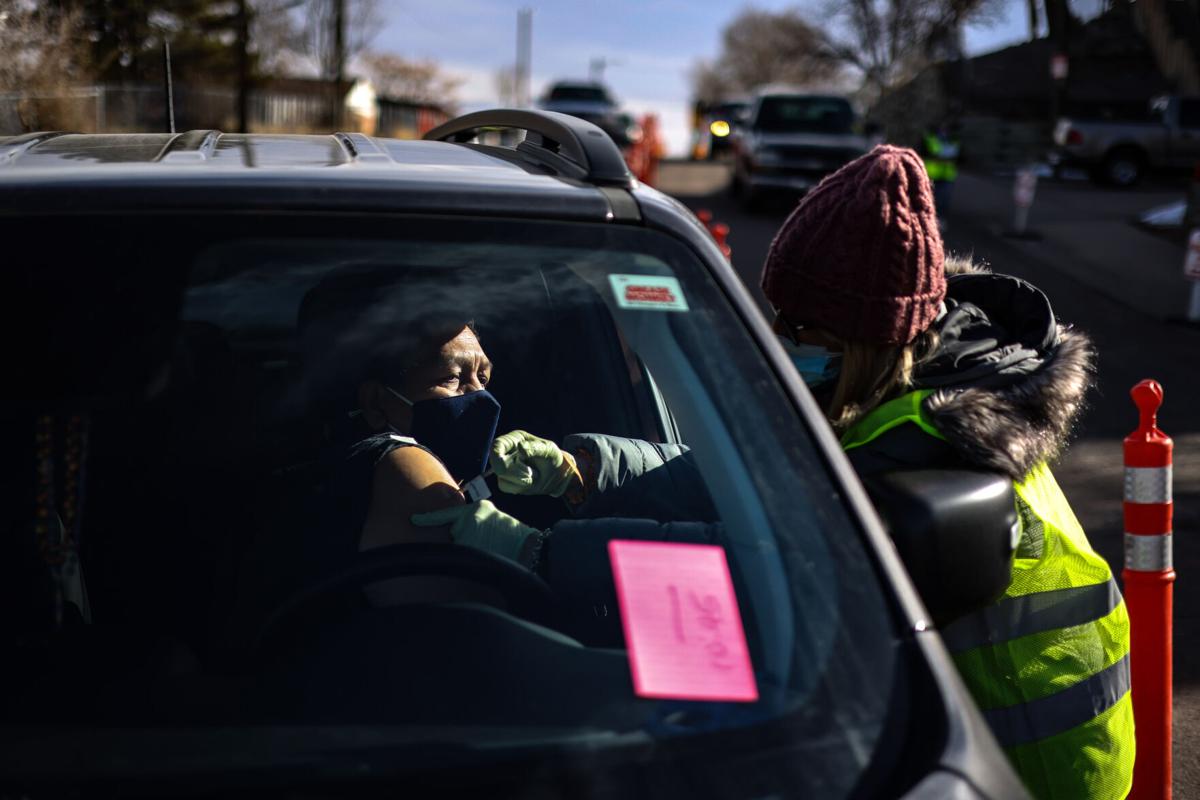 A man receives a dose of the Phizer-BioNTech COVID vaccine outside St. Cajetan Catholic Church on Friday, Feb. 5, 2021 in Denver. Latina leaders organized the vaccination event to combat vaccine disparities in the community after early data showed that residents of color were receiving the vaccine at lower rates. (Michael Ciaglo/Special to The Denver Gazette) 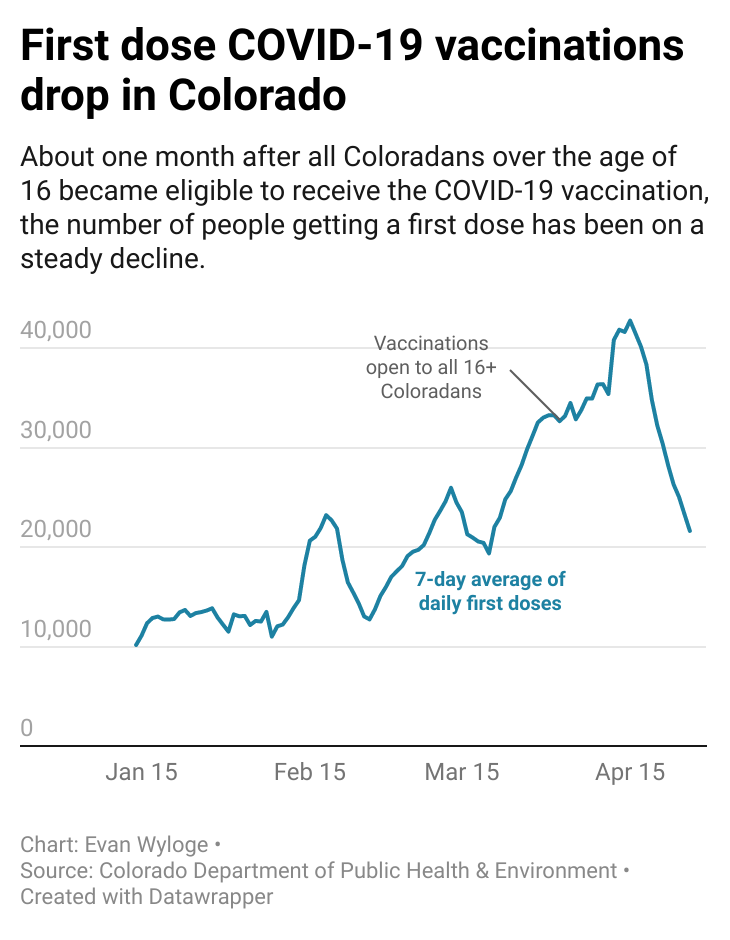 As vaccine supply begins to outstrip demand, Colorado health officials said the state can reach herd immunity to stop the spread of coronavirus in the coming "weeks to months."

In order to reach herd immunity, at least 70% of Coloradans need to be vaccinated. With enough people immune to COVID-19, the virus can't find enough new hosts to infect and stops spreading.

As of Thursday, more than 52% of residents 16 and older have received at least one vaccine dose and nearly 39% were fully vaccinated against coronavirus, National Guard Brig. Gen. Scott Sherman told reporters Thursday.

The relationship between vaccine supply and public demand has flipped in the wake of general eligibility for inoculations opening this month. Eric France, Colorado's chief medical officer, said many of those who haven't been inoculated likely would be if the process were more convenient and available.

Driven by older students, Colorado K-12 outbreaks jump by 28% in a week

Sherman acknowledged that number of people seeking vaccination has dipped, but said the state was injecting between 40,000 and 50,000 doses a day.

Despite total eligibility, Colorado's daily vaccination numbers have dropped by half

A Gazette review of state vaccination statistics data from earlier this week indicated the seven-day average of first doses administered had dropped by half over the past two weeks.

Still, officials said the state will hit its herd immunity target. Rachel Herlihy, the state's epidemiologist, told reporters that modeling indicated 40% of the state is immune, either because of vaccinations or prior infection.

"We do think we're probably going to get to that place in weeks to months," she said of herd immunity.

The rise of coronavirus variants in Colorado has made the disease harder to stop.

The United Kingdom variant, which is more transmissible than the standard COVID strain, now accounts for more than 50% of cases in Colorado, officials said.

Denver's COVID numbers have dipped for several days, but race between vaccines and variants remains

Because of variants, Herlihy warned, the state may need to hit an even higher vaccination target than 70% of residents to fully achieve herd immunity.