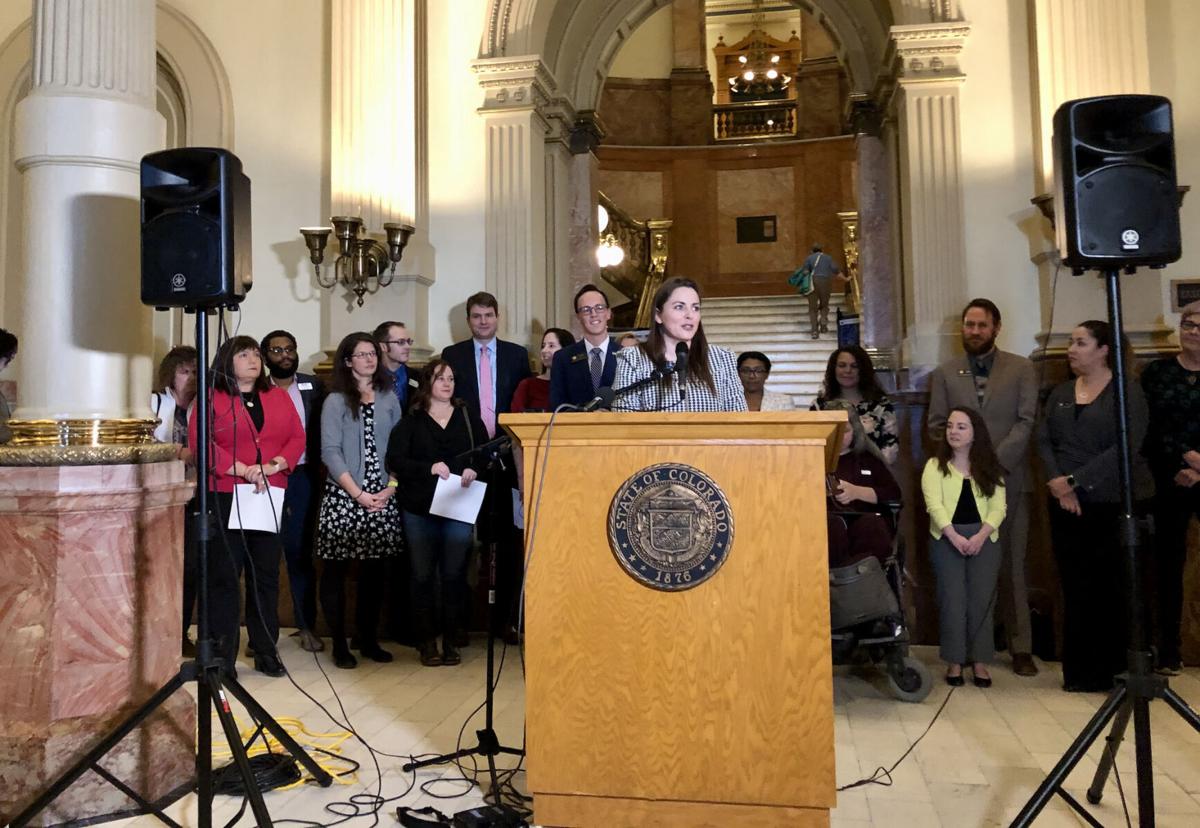 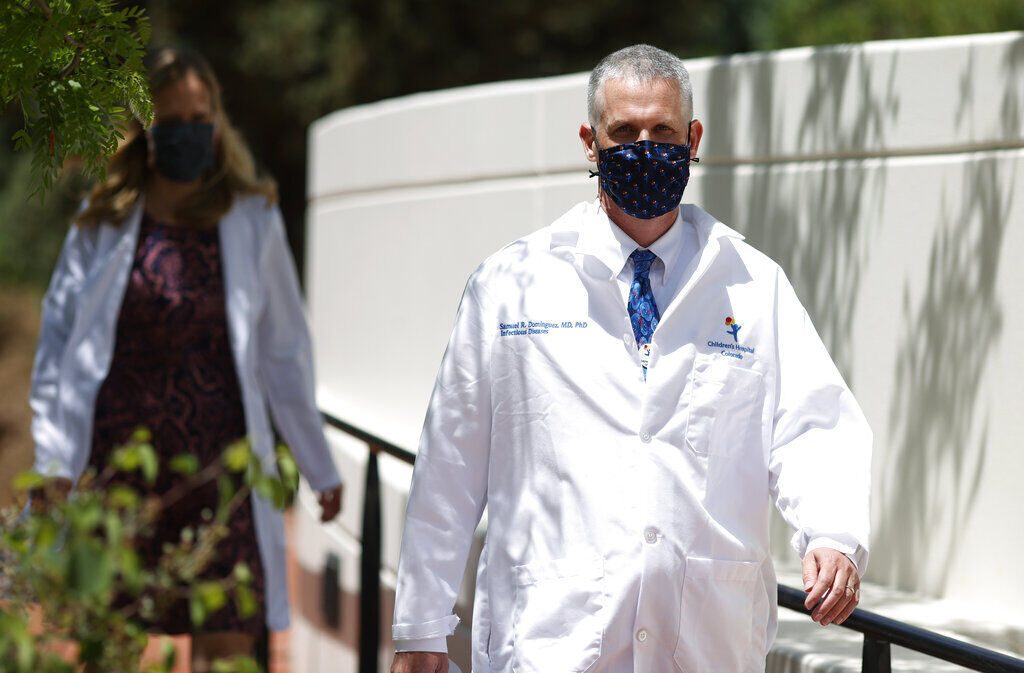 When last year's legislative session gaveled in, the hottest show under the gold dome was the pending fight over the public option, one of the last big pieces of Gov. Jared Polis' campaign promise to save people money on their health care.

The state's economy was booming, Polis was past his honeymoon as governor and the bill sponsors, Sen. Kerry Donovan of Vail with Reps. Dylan Roberts of Avon and Chris Kennedy of Lakewood, had made the appropriate rounds making the case for affordable insurance.

House Bill 1349 was introduced on March 5 passed one House committee on a party-line vote and ultimately was withdrawn by its sponsors when the pandemic and racial inequity in criminal justice took center stage.

Asked if the bill might be slimmed down to reflect the pandemic strains on hospitals and insurers, Donovan said, “I would say the opposite. I wouldn’t say it’s a carbon copy of last year, but I have no interest in a pandemic to pare back on access to health care. That's the exact opposite approach (the legislature should take).

“We need to make things bigger and bolder to address the reality of a health care system that is tied to your employment,” she said. “In a pandemic, you lose your job and your health care while your health is being threatened.

“If that narrative alone doesn't show people why we need serious, structural dynamic health care reform, I’m not sure what other story we can tell.”

Donovan is hopeful President-elect Joe Biden and Democrats, if they seize control of the Senate, can pass a federal public option, as Biden promised on the campaign trail.

The need to pull down prices and extend competition hasn't gone anywhere. Everything else wrinkled and frayed, and those they will have to overcome or cooperate say they're not sure what's happening on a plan that could cost them hundreds of millions of dollars.

A public option is a government-backed insurance policy that Coloradans who can't find competitive rates could buy. Last year's proposal would have required carriers to offer the coverage in every county.

The below-market premium, however, was made possible by price caps on hospitals and doctors. The state studied it and concluded hospitals could break even recouping 143% of the federal Medicare reimbursement rate. The Colorado public option would carry a base rate at 155% and ratchet up from there, based on the hospital.

The bill also would require insurance carriers and pharmacy benefit management firms to pass rebate savings to consumers, which engenders a different set of corporate interests.

Economics suggest other carriers would have to lower their rates to compete with what the government can offer by virtue of its ability to write laws to give its product an edge. The other side says the rates are so high now, "Americans are tired of getting ripped off," as Polis put it during a Colorado Politics interview in October.

Democrats have the majority votes to do anything they wish, joined by a governor eager to lower health care costs and rein in profits, if they can hold together their coalition. He has passed most of his agenda with sweeping reforms in other areas, but the public option remains to be argued.

The question is timing and cost.

He said rural hospitals in Colorado already have been stripped down to the bare essentials, and imposing more cost and regulation is a death knell.

He backs up his assertion with a study last year by Navigant Consulting, a health care management advisory firm, that suggested reimbursing at Medicare rates, as called for in most public option proposals, could put up to 55% of rural hospitals, that’s 1,037 hospitals in 46 states, at “high risk of closure.”

Besides that, Scott says, Colorado just doesn't have the money. For Colorado to launch, administer and regulate the insurance program, it would have to spend close to a million dollars a year.

"There's no pot of gold at the end of the legislative rainbow," he said. "We don't have near enough available funding to even touch it, so all signs to me is it's just a political move."

Donovan said it's not too high a price for something as important as affordable health care.

“I don’t know anybody who would say a million dollars isn’t a lot of money, but in the scope of our budget we do have space for a million-dollar program,” she said.

In her mind, not that much as changed in her reasons for taking it on last session and next.

“The argument hasn’t changed,” she said. “It’s that you're carrying a bill for the people who elected not the people who pay for access into the Capitol.

"When I’m running health care bills I absolutely want to work with the business community and write a bill as best we can for these big, important industries that employ Coloradans. But I’m carrying the bill because I just talked to my girlfriend back home who says she’s not going to go skiing this year because she can’t afford insurance.”

Dave Davia, the executive vice president and CEO of the Rocky Mountain Mechanical Contractors Association, said it won't be just the big companies that pay.

The contractors operate a health plan that has seen very modest rate increases over the years to insure its members. After Obamacare passed 10 years ago, Davia said it cost the self-funded plan about a million dollars to cover additional costs and claims. The public option would add another million, he expects, based on analysis the association's economists did last year.

“We have proven that we, as a private market, can put a plan in place to compete for quality people and manage our expenses,” he said. “I think there’s going to be a tremendous price tag that comes with this at a time when the market is looking to recover.”

Katherine Mulready, the senior vice president and chief strategy officer for the Colorado Hospital Association, said she couldn't appraise the pending public option plan for one reason: She nor the association's members know what it is, yet, not that they'd have time to pay attention right now.

They're not automatically opposed to reforms, she said, but worry about uninformed changes with unintended consequences.

“If this is going to be introduced in a month -- a month when one of the key partners is very much overwhelmed by the broader circumstances of the world right now,” she said, adding that she was appraising the process and not the policy.

Facts on marketplace monthly premiums in Colorado for 2021:

LEGISLATURE 2020 | Winners and losers emerged from a broken session

Here are the winning and losing parties from the session.

INSIGHTS | A change is gonna come to your health care

Joey Bunch: "When people lose their job, they lose their health care. That creates its own crisis when the country is facing is deepest unemployment rates, potentially 1 in 5 people gainfully employed two months ago, out of work and out of insurance."

The public option, if it can pass the Democratic-led General Assembly, would create a public-private partnership in which existing insurers issue the policy, while government would regulate the prices and require hospitals to accept the coverage.

The proposal sought to create a public-private insurance policy to compete with existing insurers with below-market rates fueled by cost controls places on the health care industry, primarily hospitals.

GENERAL ASSEMBLY 2021 | Wrapping up the path of the Colorado Option

Colorado Politics covered the ins and outs of the bill as it has made its way through the General Assembly. Read our extensive coverage of the bill, its changes, the stances for and against and in-between, and its journey.