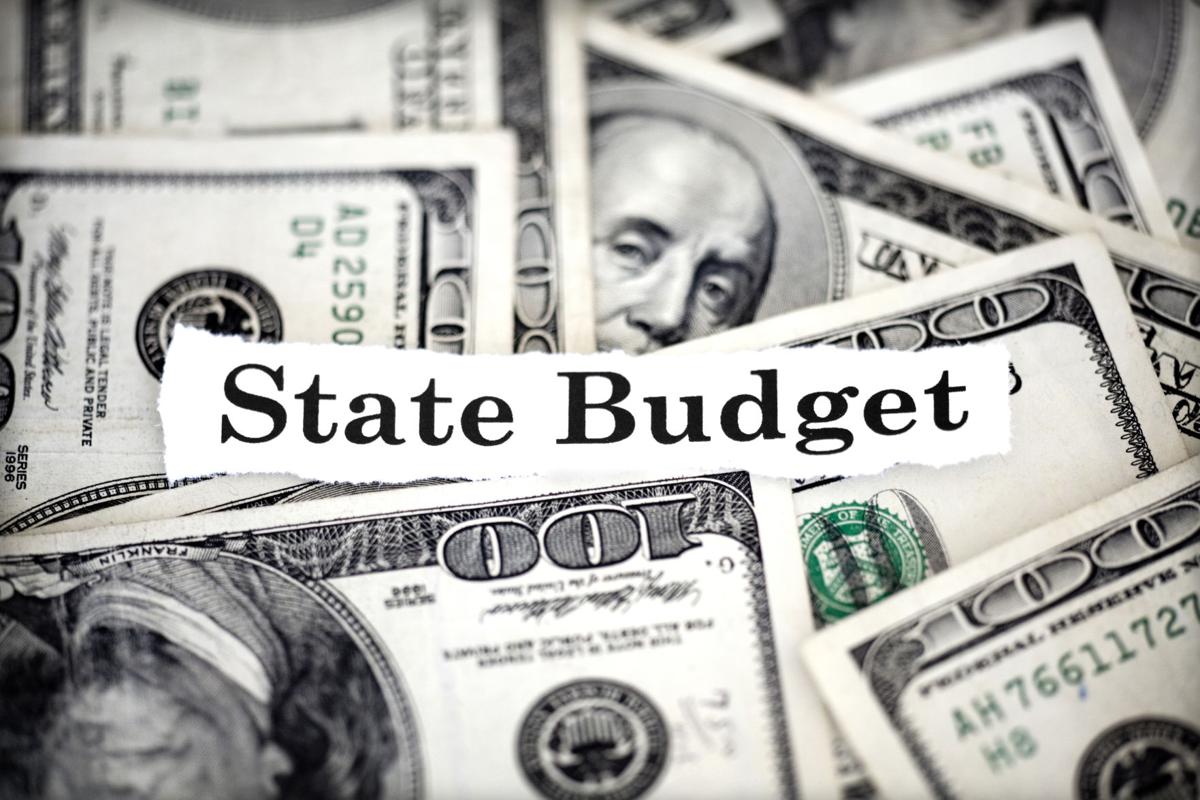 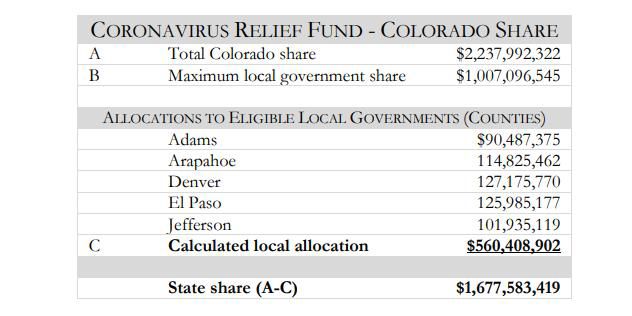 The Colorado legislature's budget writers, the six members of the Joint Budget Committee, announced a plan of action on Thursday that will help move them forward on dealing with the state budget, both for the remainder of 2019-20 and for the upcoming 2020-21 fiscal year.

However, a March 17 revenue forecast that showed state revenues down some $800 million threw the plans out the window. Since then, legislative leaders have estimated that the state will have to pare $2 billion to $3 billion from the 2020-21 budget.

The JBC letter lays out a timeline for April and May budget action:

The JBC letter said they intend to have the long bill, the School Finance Act and other budget bills completed by the end of May to allow state agencies, local governments and school districts time to finalize their own next year's budgets by June 30.

An April 3 memo outlines some of the federal aid coming to Colorado through the Coronavirus Aid, Relief and Economic Security (CARES) Act signed into law on March 27. States are slated to receive $150 billion, the JBC memo says, but that money cannot be used to address revenue losses; it can only be used to pay for "unanticipated expenses due to COVID-19."

State shares of the CARES Act are based on population, with a minimum of $1.25 billion. Each state's share also allows for up to 45% to go to local governments with populations that exceed 500,000. That includes the counties of Adams, Arapahoe,, Denver, El Paso and Jefferson.

Based on the $2.24 billion estimate, $1.68 billion would go the state and the rest to the five largest counties.

Additional dollars from the CARES Act could go to agencies directly affected by COVID-19. That includes the departments of education, higher ed, human services, local affairs, the state department and the emergency education relief fund in the governor's office. The state is likely to get $487.6 million, but the April 3 memo says that those dollars are not subject to appropriation by the General Assembly.  And according to the federal government, those dollars should supplement, not replace, current state funding for the affected programs.

Additional funding is available to agriculture products impacted by COVID-19, including specialty crop producers, producers who support local farmers markets, schools and restaurants, and livestock and dairy producers. Dairy producers have been especially hard hit by school and restaurant closures.

Monies in the CARES Act for education can be used to deal with long-term school closures, purchasing technology to support online learning, and for supplies to clean and sanitize school buildings.

The funds for the governor's office, which the memo said will not be subject to General Assembly appropriations, is intended to be doled out as grants for both K-12 and higher education institutions affected by COVID-19.

Missing from the above list: Health Care Policy and Financing, which operates the state's Medicaid program. The amount available nationwide is $100.6 billion, but Colorado's share is unknown, the memo states.

The dollars headed for higher education carries a caveat that 50% must be spent on direct grants to students.

Money headed to Human Services will support emergency food assistance programs, including the Supplemental Nutritional Aid Program, aka food stamps. A "substantial portion" of the $41.4 million in this part of the federal aid must go to low-income working families, the April 3 memo says. Another $11 million will go to senior nutrition, home and community based support services, family caregivers and independent living. Another $10.8 million will go to the Low-income Energy Assistance Program. Other dollars will be available for family violence and domestic violence prevention programs, but that amount is unknown.

The funding for the Department of Local Affairs includes $24.8 million for eviction prevention, among other purposes.

The Department of Public Health and Environment, while not mentioned on the list, has been the lead agency on COVID-19, and there's $4.3 billion in federal funding available to support state and local public health agencies during the pandemic. Colorado's share of that is still unknown, the memo states.

The Secretary of State's office is in line for about $6.7 million for election security grants.

State Rep. Daneya Esgar, a Pueblo Democrat, chairs the Joint Budget Committee, which she said hasn't met to look at the federal dollars or some of the other pending budget issues arising from COVID-19.

That said, the committee will be gathering information during most of April, including work being done by the JBC staff, who are talking to every department. Esgar said the 2020-21 budget was 98% complete when the March revenue forecast came out and the outbreak forced the closure of the General Assembly. "We'll have to revisit all of that as well as the new landscape we're walking into."

Esgar said they're trying to get as much done in the front end of May, "so that when the May 12 forecast comes out, we'll have a better sense of where we're going." In effect, they're likely to treat the May 12 forecast for the next write-up of the budget the same way March's numbers usually are used, as a way to fine-tune the final decisions.

Whether that also means another round of supplementals or other budget decisions tied to the 2019-20 budget is still a big unknown. Gov. Jared Polis ordered state agencies on March 30 to find more than $43 million in general and cash funds that could be cut from 2019-20 budgets. That also included a directive that agencies also should hold off on implementing programs that came out of legislation in the 2018 and 2019 sessions. If an executive order is needed to accomplish that, ask for it, a March 30 memo suggested.

Esgar says they're working out details on the programs that could be put on ice, and whether that would take legislation to do so. "We haven't been able to meet" as a committee to discuss this, she said. "We have to decide together what the best path forward is on a lot of this."

As to the federal dollars, and the limitations on how they can be spent, Esgar said they're seeking guidance from the U.S. Treasury, as well as looking at how much the state has had to increase spending tied to the COVID-19 outbreak. "When we come back, we need to see what world we're walking into and what funds are necessary to appropriate," she said.

The April 8 state of emergency order