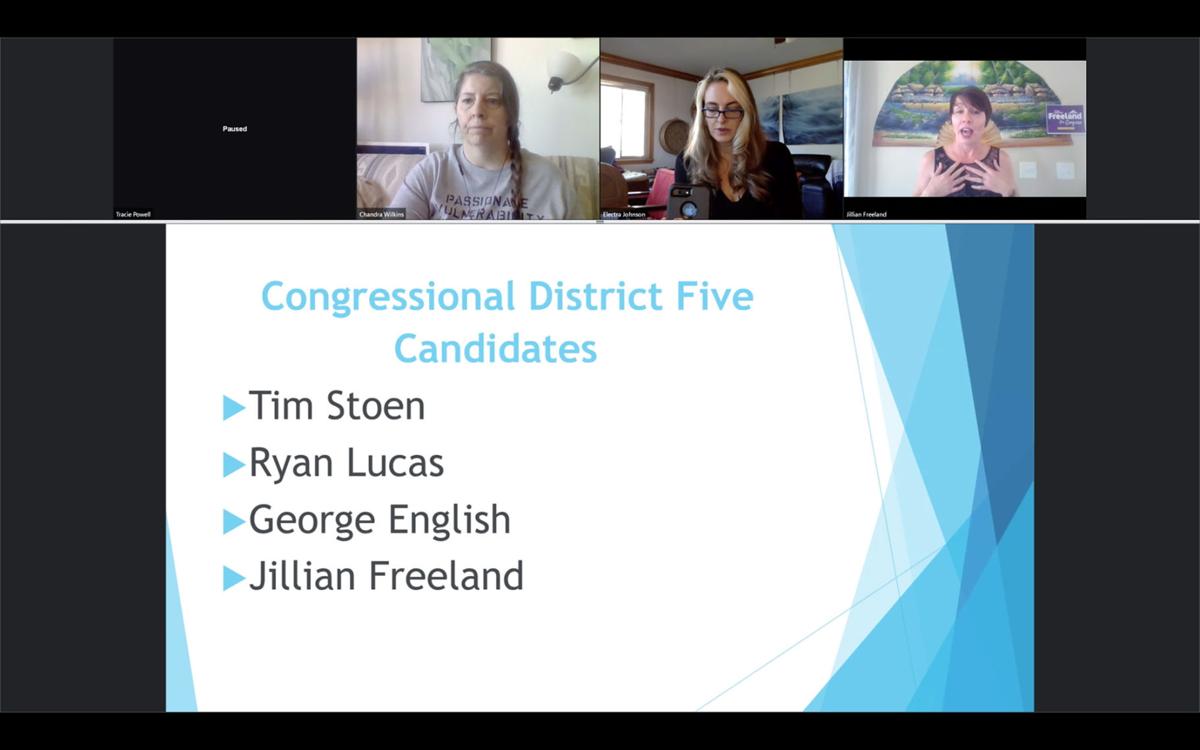 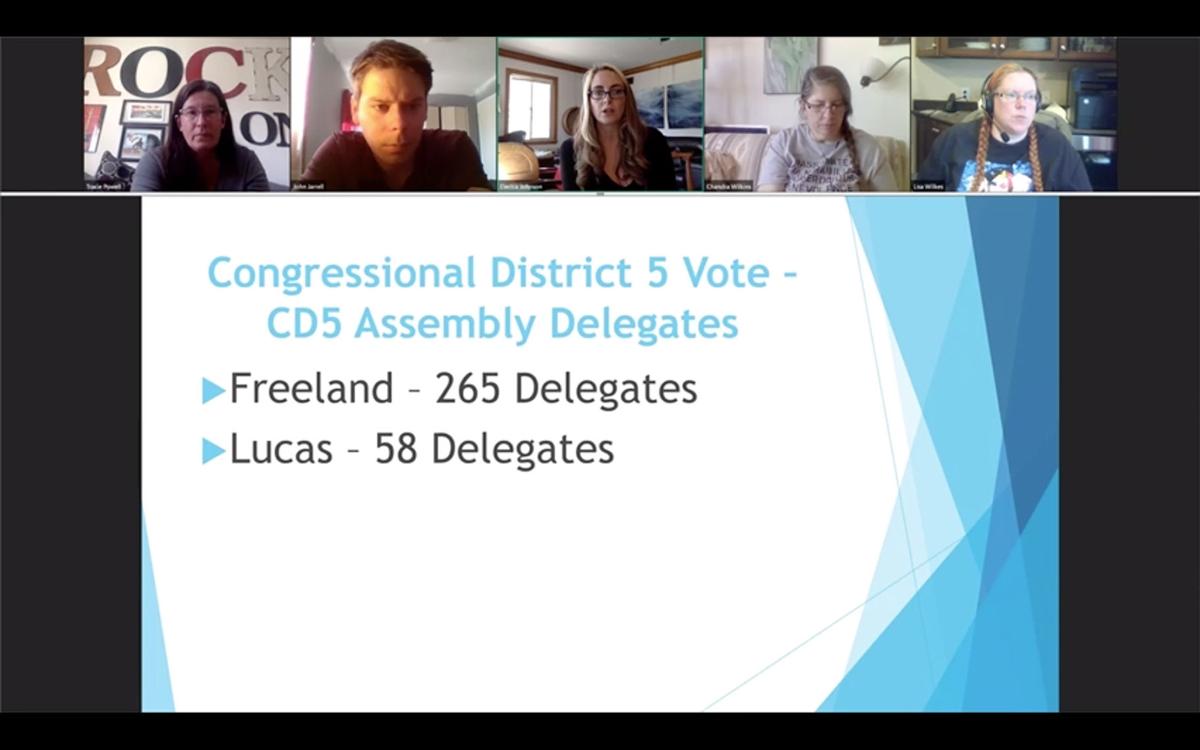 El Paso County Democratic Party officers report results of balloting for the 5th Congressional District nominee during the party's virtual county assembly on Saturday, March 28, 2020. Jillian Freeland won 82% of the delegates in the race, leading her closest competitor, Ryan Lucas, to suspend his campaign and endorse her to challenge U.S. Rep. Doug Lamborn.

El Paso County Democratic Party officers report results of balloting for the 5th Congressional District nominee during the party's virtual county assembly on Saturday, March 28, 2020. Jillian Freeland won 82% of the delegates in the race, leading her closest competitor, Ryan Lucas, to suspend his campaign and endorse her to challenge U.S. Rep. Doug Lamborn.

After taking the lion's share of the vote in virtual county assemblies this weekend, Democratic congressional candidate Jillian Freeland is poised to be her party's nominee to challenge Republican U.S. Rep. Doug Lamborn.

Ryan Lucas, her chief primary opponent, suspended his campaign Saturday and threw his support behind Freeland after winning just 18% of the vote to Freeland's 82% in the El Paso County Democratic Party's assembly, which was conducted online earlier that day.

Freeland, a retired midwife and small business owner, won almost identical shares of the vote in virtual assemblies held in Park, Chaffee and Teller counties, making it mathematically impossible for another Democrat to get the 30% support required to make the June primary ballot. Fremont County has yet to report its results.

"I am a coupon-clipping, solar-powered millennial mom," Freeland told the roughly 400 El Paso County Democrats who were logged in when the 5th Congressional District candidates delivered speeches via video teleconferencing software.

"We are facing an unprecedented crisis in the face of coronavirus," she said. "Our economy has been devastated because thousands, if not millions of Americans will be losing their jobs and therefore losing their health insurance in the face of a dangerous and deadly pandemic."

Colorado's Democrats and Republicans have been scrambling in recent weeks to come up with ways to hold the parties' assemblies and conventions remotely in the face of the growing COVID-19 pandemic and orders shutting down public gatherings to slow the spread of the virus.

County parties have conducted their meetings in various ways since Gov. Jared Polis declared a state of emergency on March 10 and subsequently ramped up social-distancing restrictions, culminating in a statewide stay-at-home order that took effect March 26.

Many, like the El Paso County Democrats, have convened online using teleconferencing platforms, with votes taken using a combination of online surveys and mail-in ballots.

The El Paso County Republicans held a drive-through assembly Saturday in a church parking lot, while some counties have dispensed with meeting entirely and have just sent out ballots in the mail, along with links to candidates' online videos.

"Nobody here could have predicted the crisis that has engulfed our county and our nation when we first started planning our caucus and assembly back in 2019," said chairman John Henry Vansant, calling the  Boulder County Democratic Party's assembly and convention to order Saturday morning.

More than 700 delegates were logged in on the webinar platform when Vansant began proceedings by declaring, "We are stronger together, even if we happen to be physically separated by six or more feet."

In the Democrats' 5th Congressional District primary, Lucas posted that he was ending his campaign on social media a few hours after the county assembly vote.

"It was tough decision to make, but it was the right decision because ultimately at this point we need to do everything we can to support party unity as we go forward," Lucas said in an online "pub crawl" conversation with supporters Sunday evening. "Jillian has my full-throated support as we go forward because Doug Lamborn, as we've said in this campaign, is not the type of representative El Paso County needs."

Lucas noted that he had attempted to petition onto the ballot but said his efforts were hindered by the coronavirus outbreak.

Lamborn, who isn't facing a Republican primary opponent, turned in a sufficient number of signatures to make the ballot, the Colorado Secretary of State's Office said earlier this month.

Two other Democrats — George English and Tim Stoen — have been running for the nomination to take on Lamborn but didn't receive any delegates to the 5th District assembly, which will be held online in early April.

CaucusRoom, a social networking platform designed to give conservative Coloradans a place to gather online, is now holding assembly rooms in its chat rooms.