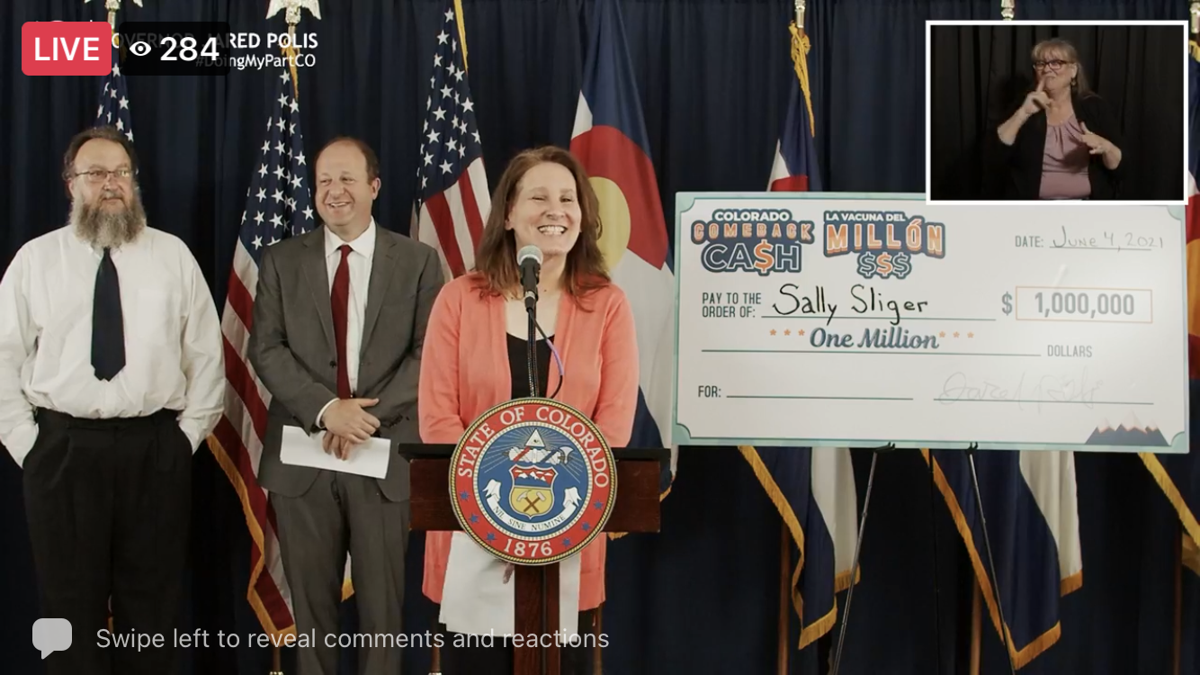 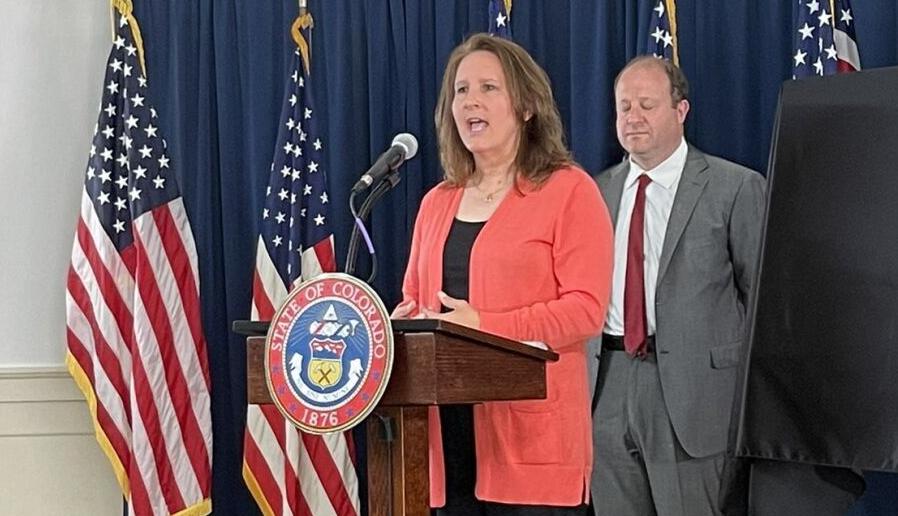 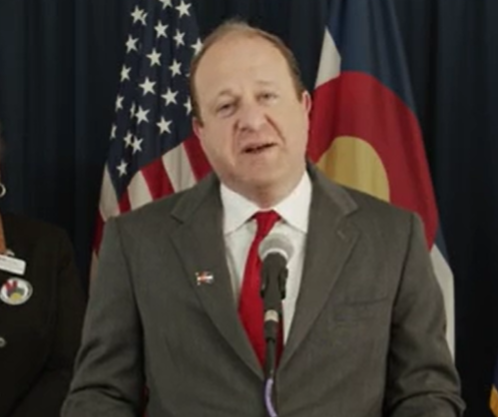 Sally Sliger now has a million-dollar check to go with her clean bill of health.

Gov. Jared Polis revealed Friday afternoon inside the governor's mansion in Denver that Sliger, a healthcare worker and Mead resident, is the first winner of the "Colorado Comeback Cash" sweepstakes. The five-week contest is offered to all state residents over 18 who have received at least one dose of the COVID-19 vaccine.

"I'm still having a hard time believing our luck of the draw," Sliger said during a press conference Friday afternoon with her husband, Chris, behind her.

The drawing was held on Wednesday and a representative from the Colorado Department of Public Health and Environment called Sliger multiple times to get in touch with her.

While at work she avoided returning the call, but while she was in a meeting Sliger said she received a text message from the representative "requesting me to phone back as soon as I could," Sliger said.

"So I did call back right away, and I excused myself from my meeting," she said. "She was blunt and indicated that I was a potential winner as long as I met the eligibility criteria, which we went through right away. It was surreal."

Although Sliger, a mother of three, has won the big bucks, she still doesn't know what her family will use the funds for first. But they do plan to invest some of the winnings into their retirement fund, while also paying off some outstanding student loans.

Colorado Lottery officials will hold four more drawings between Friday and July 7. Polis said anyone who received the vaccine is automatically entered if the Colorado Immunization Information System has your record.

The effort mirrors what states such as Ohio, Delaware and Maryland have implemented, though Colorado's program is richer than those incentives. It comes as Colorado continues to see some stagnation in its vaccination rates despite total eligibility and the removal of nearly all COVID-19 restrictions statewide.

Additionally, Colorado children between the ages of 12 and 17 who have received one dose are eligible to win a $50,000 scholarship beginning June 11.

Funds for the scholarship and million-dollar sweepstakes come from federal allocations through the Coronavirus Aid, Relief and Economic Security Act that are intended for marketing.

Polis said on Friday using these funds to host a sweepstakes will give procrastinators a reason to receive the shot, while also stating it's a more effective tool than spending the money on advertising.

"We always look at how we get the best return on the money the federal government gave us," Polis said.

As of Friday, more than 3 million Coloradans, nearly half the population, has received the first dose of the COVID-19 vaccine, and almost 2.6 million people have been fully vaccinated, according to CDPHE.

Click or tap here to watch the announcement and hear comments from Sliger.