Gov. Jared Polis on Friday released data showing just how long it will take for the efforts to boost social distancing for COVID-19 to show progress.

It won't be anytime soon.

"I want to end this as soon as possible," the governor said in a news conference held at the state's emergency operations center in Centennial. "This is really bad, I know the frustration level will only rise over time."

But it's important that everyone understand how critical it is to stay at home, he said. This is "not a competition to see what you can get away with and how close you can get to the line."

The more people don't comply with stay at home orders, the longer the more severe the outbreak will be, he warned.

He also addressed complaints by Republican state senators, who sent a letter Friday asking why he ordered the entire state into stay-at-home, given that many counties have only a handful of cases and others haven't reported any yet.

Polis responded that what people want is clarity and uniformity. For those places where the virus hasn't yet shown up, he warned that if the entire Denver metro area is shut down, "there will be a huge influx of people bringing the virus to your county, and you'll go from no cases to the highest rate in the state."

For businesses that aren't complying with social distancing, even those that are considered critical, the governor encouraged people to contact the attorney general or local county public health departments or both. Just because a business is critical doesn't mean it will run the same way it did a week ago, Polis said.

New numbers from the Colorado Department of Public Heath showed the number of cases has increased to 1,734, which is 300 more than Thursday. There have now been 31 deaths and 239 people have been hospitalized, although how many have been released is unknown.

Polis said the number of cases is likely "several times that number," and that the virus is not sparing anyone in any age group.

The state has 1,849 ICU beds, with about half available to take care of COVID patients. Polis said the goal is to add 1,000 additional ICU beds by May and 5,000 more this summer. The state's ventilator supply of 900 also is short of state needs, which he said is about 7,000, 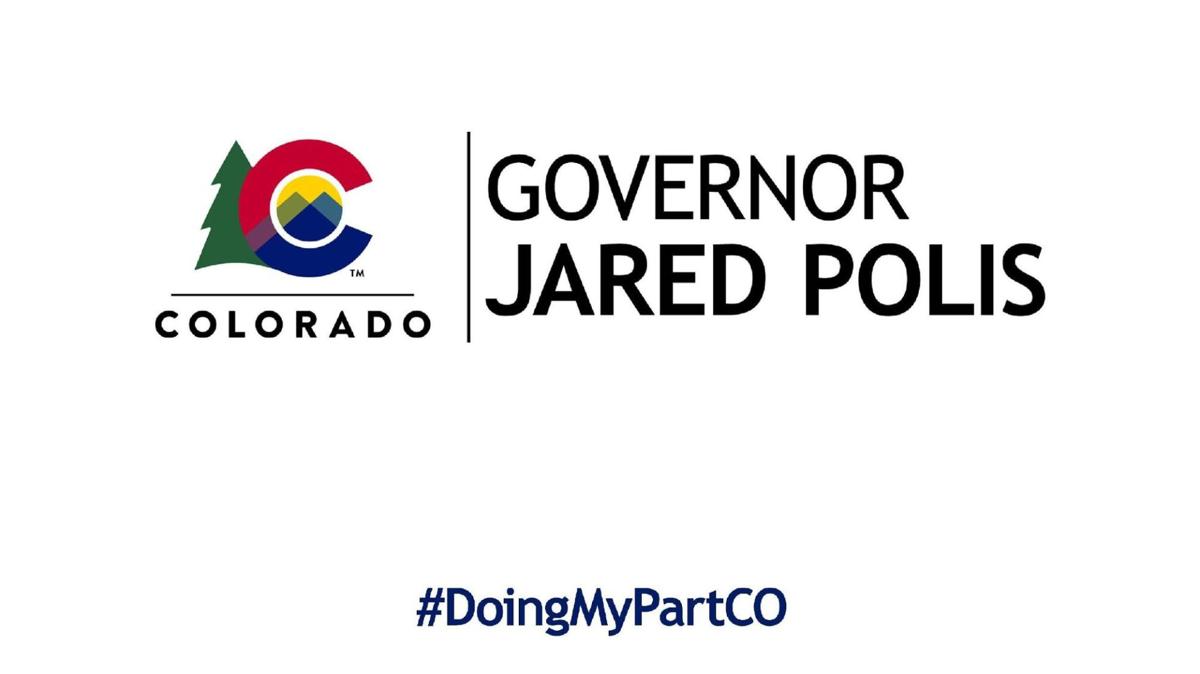 Polis also spoke at length about "R naught," which is used to calculate how contagious a disease is. Colorado's R naught is at a three or four, he said.

With an R naught of 3, which he said was much more desirable (and less contagious) the death toll with strong social distancing efforts (60%) drops to 400 people.

But the R naught also shows just how many ICU beds the state will need to handle the outbreak, which could be as many as 13,800. Again, the state has only 1,849, and only half are available to take care of COVID patients.

It takes 12 to 15 days to see the data from each order on increasing social distancing, including the stay at home order issued Wednesday, the governor explained. The state should have an idea about the success of the stay at home order sometime around April 7. Quoting hockey great Wayne Gretzky (and to the amusement of some watching the news conference on Facebook), Polis said "you don't skate to where the puck is, you skate to where it will be."

Polis said no one should be under the illusion that the virus will be gone in two weeks.

But he also outlined what he thinks success will look like:

The executive order was amended on Friday to allow restaurant bussers and waiters to do food delivery.

"We are seeing increased social distancing but we need more," the governor said, estimating current efforts are at around 50%, but with a state goal of 70% to 80%.

As to the cost of adding beds and ventilators, Polis said he'd rather have too many masks and ventilators than too few, and would rather take the complaints than have a full-scale public health disaster with tens of thousands of Coloradans paying the price.

"This isn't a vacation," and Colorado, the country and the world have not yet seen the worst of it, Polis said.

Polis: "Americans have been called on to serve our country time and time again. You have a chance to be a hero ... and to save thousands of lives by staying home."