Colorado's special legislative session on COVID-19 relief will begin on Monday, Nov. 30 at 10 a.m., according to an executive order issued by Gov. Jared Polis late Thursday — the same day he said he was looking at a $300-400 million stimulus package, up from the $200 million figure he gave Tuesday.

While the executive order doesn't set a specific budget amount, Polis told Robert Costa of the Washington Post on Thursday during a live-streamed interview that he's looking at a more expensive package than originally announced at a Tuesday news conference, where he threw out a figure of around $200 million.

The stimulus package will address seven areas of need, including three not previously disclosed, according to a press release from the governor's office. The areas of previously identified relief are:

The areas not previously disclosed include:

The special session will be Polis' first since becoming governor in 2019. The call does not set a limit on the number of days of the session. But, traditionally, lawmakers try to move through a special session in the bare minimum three days.

The last special session, called by then-Gov. John Hickenlooper, came with a daily price tag of about $25,400. However, at that time, lawmakers were making less per year than they do now, the result of a salary increase that begin in January, 2019 that boosted pay from $30,000 to $40,242 per year. 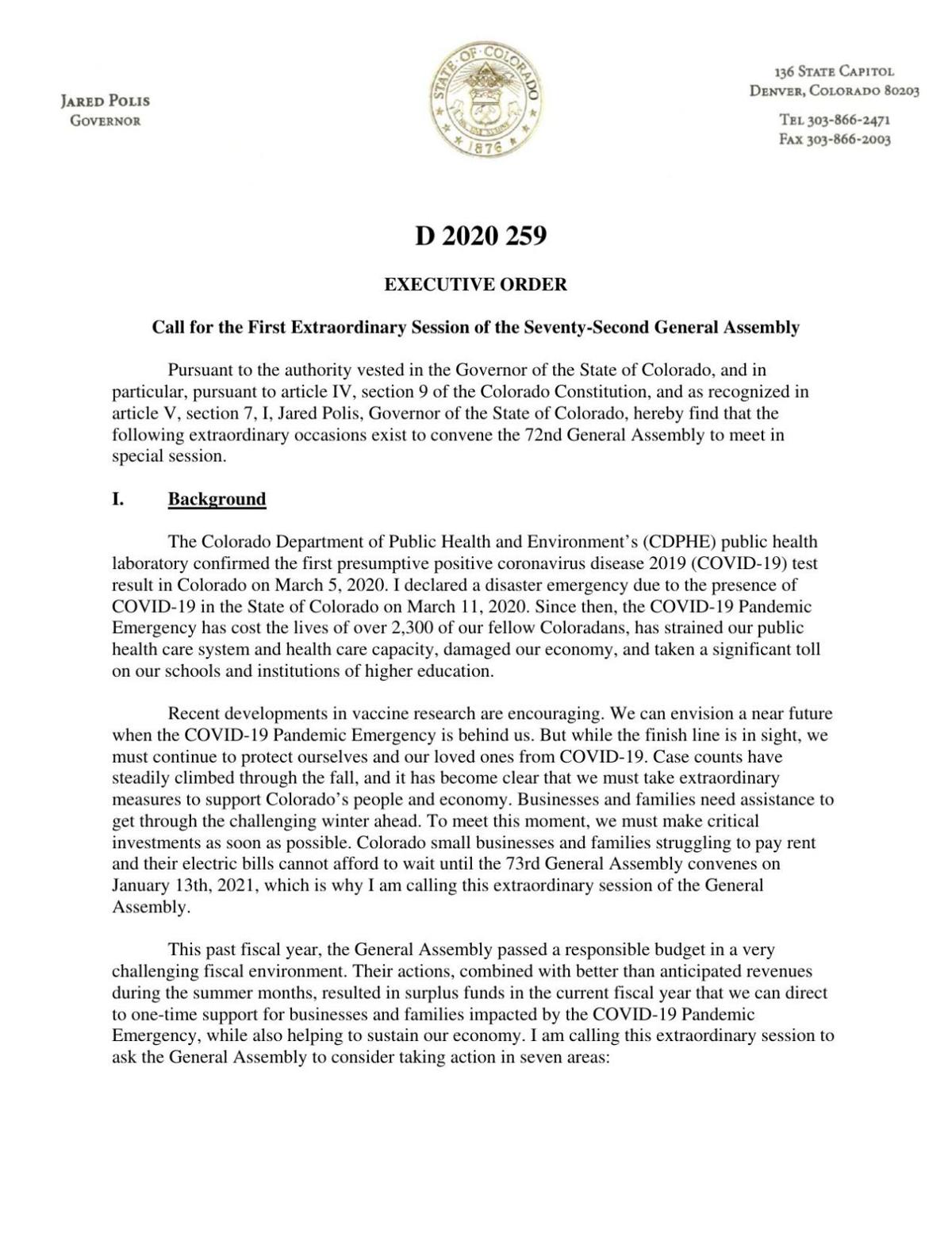 “The utter failure and refusal of Congress to help is shameful,” said Mayor Hancock.

“I have a crystal ball, and I don’t like what I’m seeing," Dr. Connie Price, chief medical officer at Denver Health, said in a phone interview Friday.

Colorado stimulus dollars for the unemployed are on their way

The governor announced the relief in October and made it official with an executive order. The legislature is in special session this week to provide an additional $280 million in pandemic assistance, not counting sales tax relief through February.

“It’s a long two months” until Biden is sworn in, Polis said, “until we have the honor of being able to work with an administration that values professionalism and competence more than the current administration.”