A half-dozen state lawmakers who represent Douglas County have penned a letter to the Douglas County board of county commissioners, objecting to the "stay-at-home" order issued Wednesday by the Tri-County Health Department.

In the letter, the six ask the county commission to immediately terminate its relationship with Tri-County. The letter said at least two of the three commissioners "opposed this heavy-handed application of governmental power."

The lawmakers said "it is unacceptable that a contracted health agency could somehow ignore the will of a majority of our elected and accountable Douglas County Commissioners."

They urged the commission to align with either El Paso County or to "create a new health agency that might align with the pending new Judicial District." 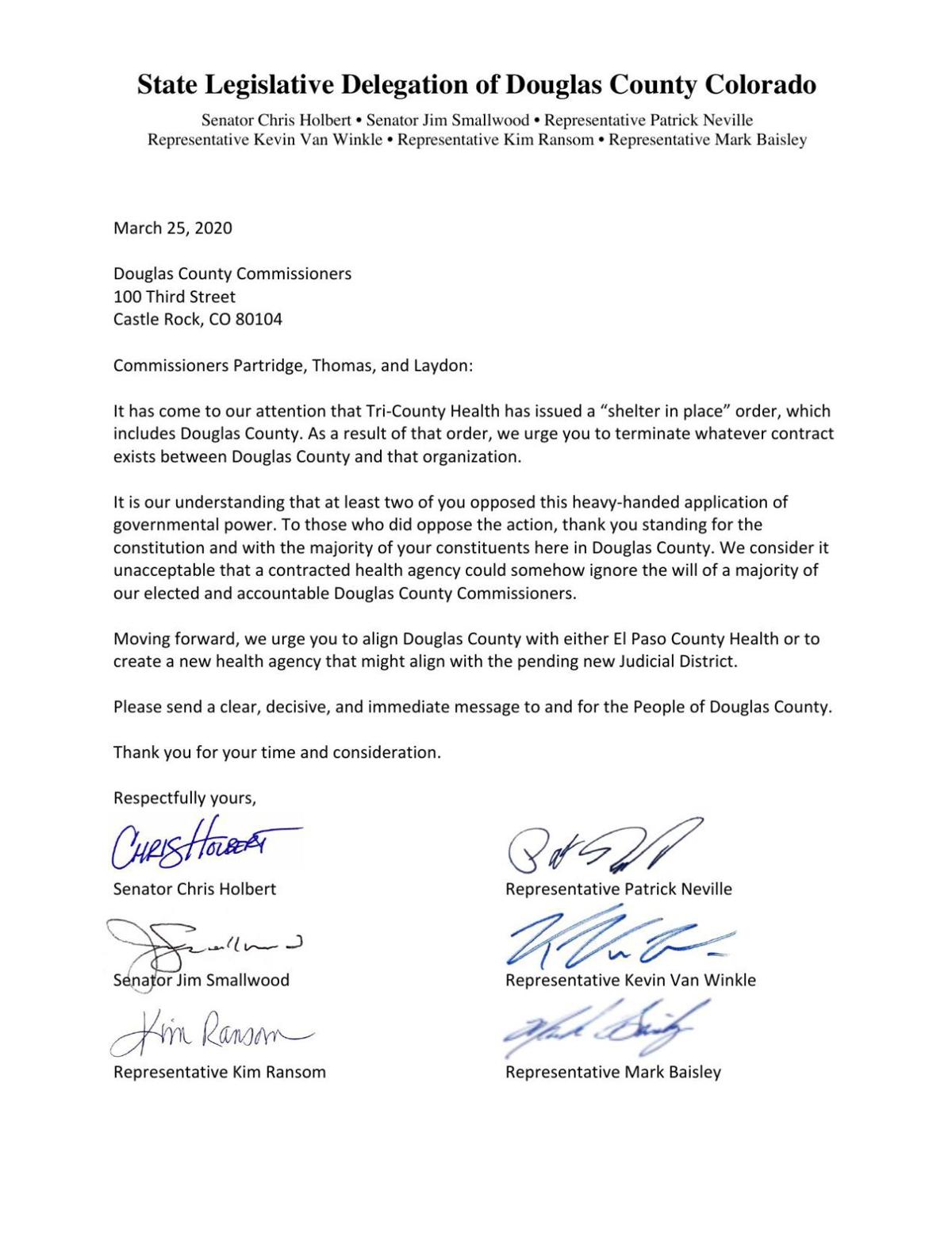 The pending judicial district referenced in the letter is the 23rd, which is being created out of legislation (House Bill 1026) that Gov. Jared Polis signed on Monday and which goes into effect January 2025. The new 23rd includes Douglas, Elbert and Lincoln counties.

Holbert told Colorado Politics that it's likely that Adams and Arapahoe counties are more in alignment with each other than with Douglas County (those are the three counties that currently make up Tri-County).

Not all leaders are on board with the decision, which is being drafted by the Tri-County Health Department.