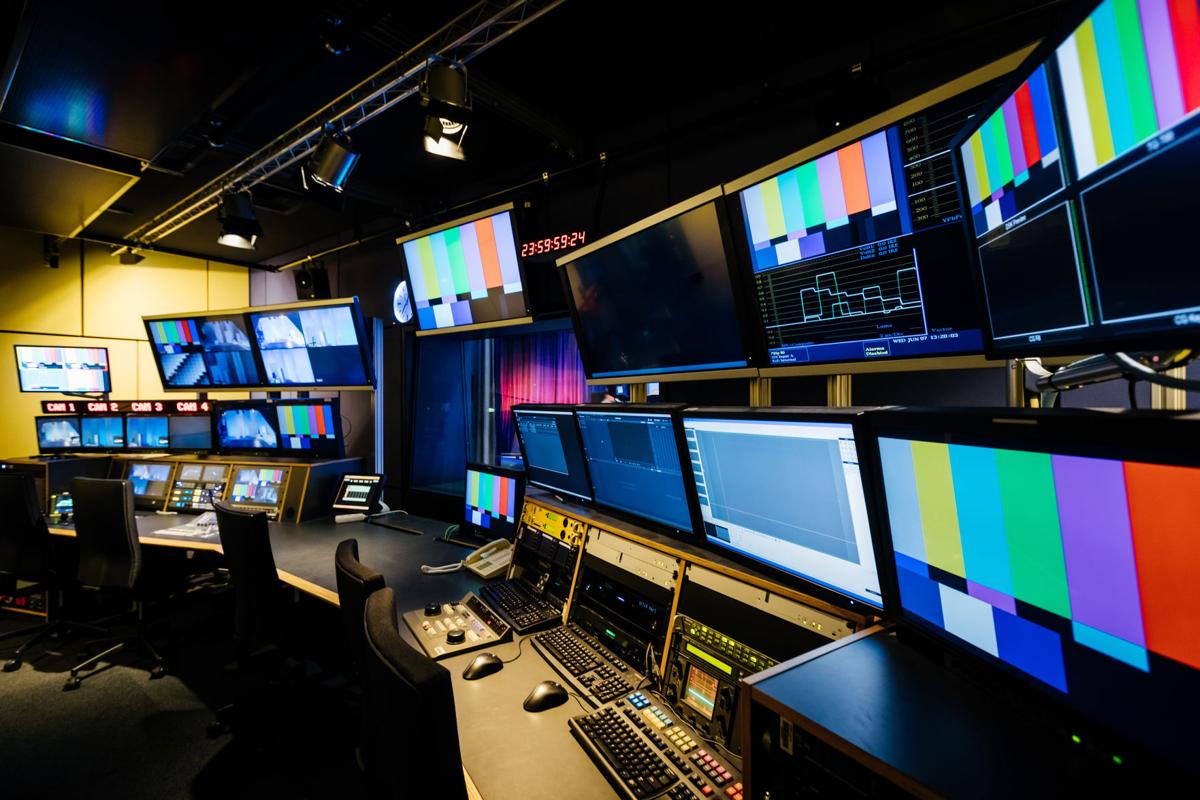 A tv and video control room 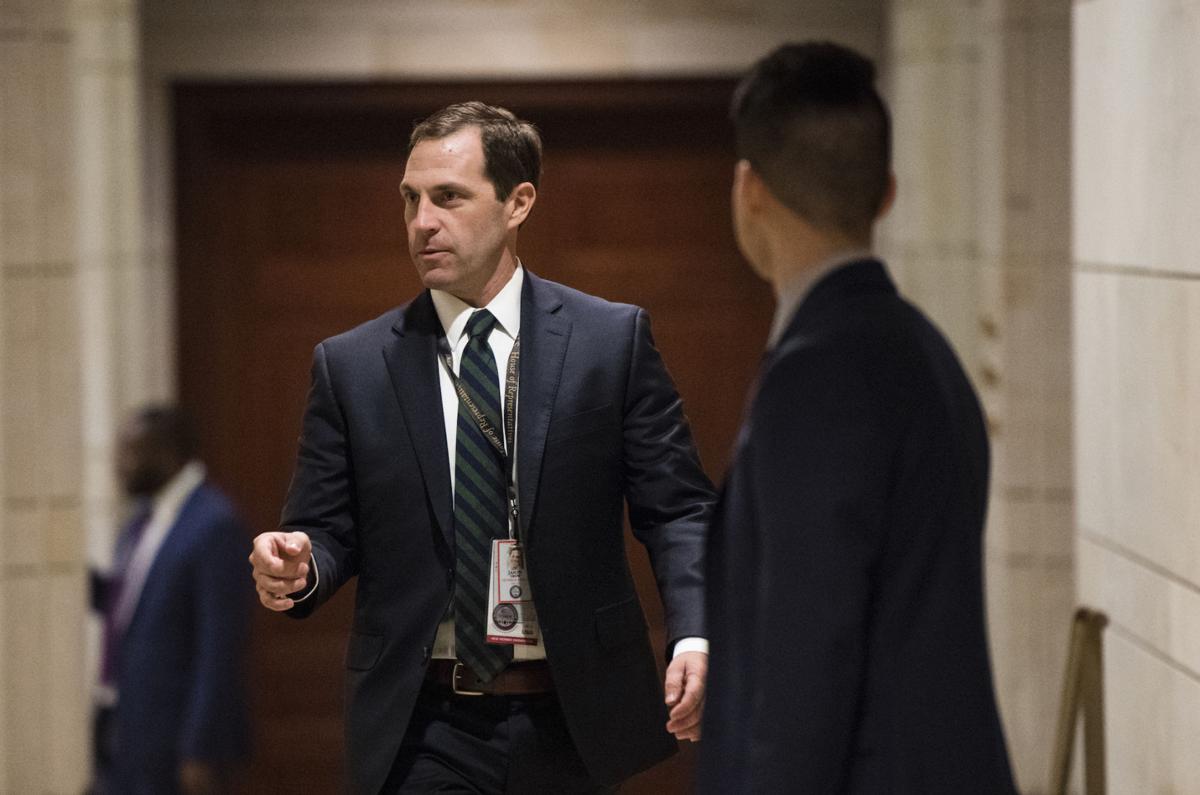 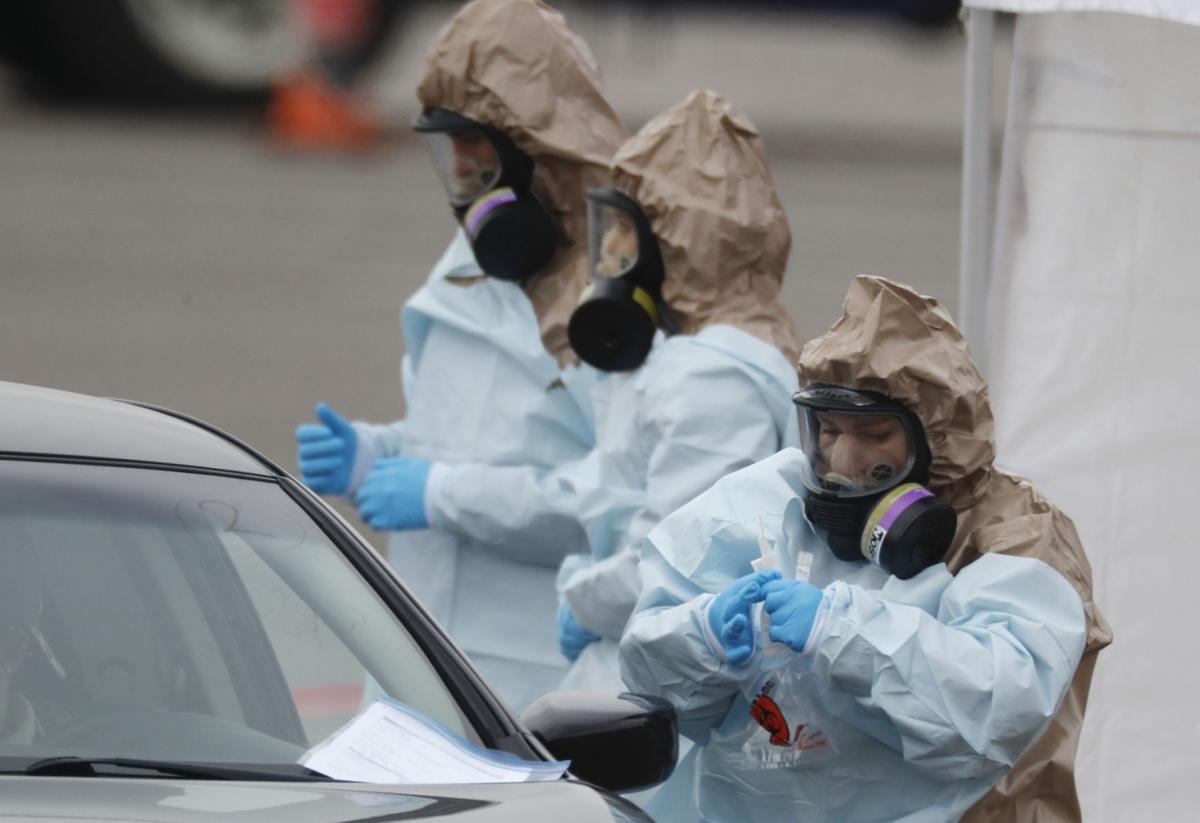 Colorado National Guard medical personnel perform corona virus test on a motorist at a drive-through testing site outside the Denver Coliseum Saturday, March 14, 2020, in Denver. Officials planned to administer 150 tests but the line of vehicles wrapped around three city blocks. 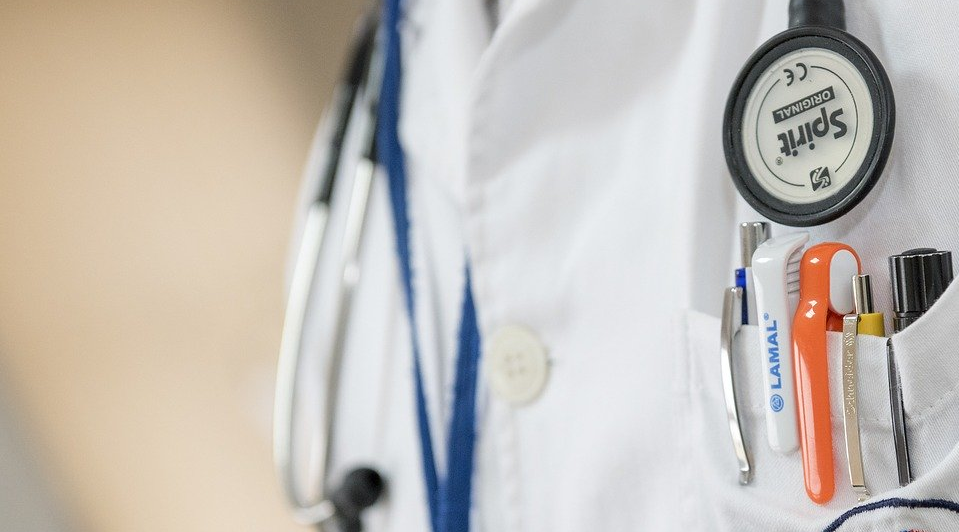 This is Colorado Politics’ daily digest of news about the ongoing pandemic’s impacts on Centennial State politics and policy. Find all of Colorado Politics' coverage of the coronavirus outbreak here.

Do you have tips for the Colorado Politics team?

The number of positive COVID-19 cases in Colorado jumped 86 cases in numbers reported through Thursday by the Colorado Department of Public Health and Environment.

The latest data from the CDPHE show that among the 3,680 people tested, there were 363 positive cases in 24 counties. Forty-four are hospitalized.

The data show that the highest number of reported cases through Wednesday are in Denver County, with 67 cases, followed by Eagle County with 61. Eagle, Pitkin and Gunnison counties continue to have the highest rate of infection per 100,000 people.

Who’s who on the governor’s economic council

The council of business experts who will advise Gov. Jared Polis on economic recovery is led by former U.S. Transportation Secretary and former Denver Mayor Federico Peña, but it features a number of big names in business and policy.

The Denver District Attorney’s Office is working with defense attorneys and the courts to release some inmates who are at an increased risk of contracting COVID-19 and who have little time left on their sentences.

Pregnant women and inmates age 60 and older are among those who could be released for health reasons.

The spread of coronavirus in jail has been a concern because inmates are housed relatively close to each other and cannot practice social distancing.

All employees who can work from home in the district attorney’s office are being asked to do so. — Alayna Alvarez

As Denver closes its libraries, recreation centers, coffee shops and more to slow the spread of the coronavirus, people experiencing homelessness are left with fewer places to seek shelter during the day.

Britta Fisher, Denver’s chief housing officer, said during a Thursday press conference that the city’s shelters “have so far been able to accommodate folks,” and that, should a need for overflow capacity arise, the city has a plan in place to make sure anyone in need can be taken care of. — Alayna Alvarez

The argument with news networks and federal regulators has lagged on for years, but in a letter to Denver network broadcasters and other TV providers Thursday the public officials cited the coronavirus outbreak as a demonstration of the need.

Both counties receive news from network affiliates in Albuquerque, New Mexico because of how Nielsen and the Federal Communications Commission drew the Designated Market Area maps, putting southwest Colorado in another state. While the FCC has relented, television broadcasters and satellite companies have not yet reached an agreement to switch to in-state programming there.

“The outbreak of the novel coronavirus, or COVID-19, is an urgent reminder that access to local news is not a mere convenience for local residents,” the letter states. “It is a critical matter of public health and wellbeing for Coloradans who need the ability to keep up with rapidly developing circumstances related to the pandemic…Given the stakes, we urge all parties to move expeditiously to reach, at a minimum, a temporary solution to allow residents in La Plata and Montezuma counties to access Denver-based programming until the pandemic abates.”

“In this statewide COVID 19 crisis having Denver based television available to all La Plata County residents is literally a matter of life safety,” she said. — Joey Bunch

More than 36 Democratic lawmakers and left-leaning organizations want a moratorium on all foreclosures and evictions for Colorado residents during the crisis.

“Additional bold action is needed to ensure that workers, families, and small businesses — the folks who are going to be hit the hardest by this pandemic — are secure and not worried about losing their homes,” state Rep. Steven Woodrow of Denver said in a statement. “The People of Colorado deserve to know that even though the Legislature isn’t meeting down at the Capitol for the next couple weeks, we’re still hard at work trying to make sure working people and small business owners aren’t being left out of the discussion.”

The letter dated Thursday is addressed to Gov. Jared Polis, a fellow Democrat.

Called the Increasing Access to Capital Act, the legislation would expand the Small Business Administration’s express loan program to as short as 36 hours and waive fees for flagship loan programs, while increasing guarantees for commercial lenders to drive them to lend to small businesses, making more money available to them to endure the crisis.

“It is no exaggeration to say small businesses fuel Colorado’s economy,” Crow said in a statement. “Small businesses employ over 1 million Coloradans and make up over 97% of businesses in Colorado, but today they are in the fight of their lives as the coronavirus disrupts every facet of our economy.

A bright point for individual artists, whose incomes have been adversely affected by the coronavirus outbreak arose in Denver Mayor Michael Hancock’s Thursday announcement of a $4 million relief package.

The city will provide up to $1,000 to individual artists whose incomes have been adversely affected due to cancellation of events, classes, performances and more.

The mayor announced a number of other relief efforts, which you can read about here. — Alayna Alvarez

A Democratic group that encourages scientists to run for office is sponsoring an online discussion about the new coronavirus pandemic Friday featuring one of the candidates who took its advice, U.S. Senate candidate John Hickenlooper, a geologist and former two-term Colorado governor.

Shaughnessy Naughton, president of 314 Action, is set to moderate the panel, which is scheduled to stream from 2-3 p.m. MDT on the group's Facebook page.

Joining Hickenlooper to talk about "the public policy response and science behind the COVID-19 pandemic" will be Dr. Barbara Bollier, a physician and Kansas state senator running for that state's U.S. Senate seat; Dr. Stanley Perlman, a University of Iowa professor of Microbiology and Immunology who has studied coronavirus strains for decades; and Dr. Eric Feigl-Ding, an epidemiologist and health economist at the Harvard Chan School of Public Health.

Hickenlooper, who worked as a petroleum geologist in Colorado the 1980s before launching a restaurant and brewpub empire and later running for office, is one of eight Democrats running for the seat held by Republican U.S. Sen. Cory Gardner.

In August, 314 Action commissioned a poll that showed Hickenlooper beating Gardner by 13 percentage points and launched a digital advertising campaign aimed at drafting the then-presidential candidate into the Senate race. — Ernest Luning

The Colorado Department of Public Health and Environment is opening a drive-up testing location in Salida, Saturday only, at the Chaffee County Fairgrounds on County Road 120. The testing will be conducted from noon and 4 p.m. Those who come for testing must bring a doctor’s order.

The first 100 who show up will be given access, according to a CDPHE news release. Additional locations throughout the state will be announced in the coming days. “CDPHE is prioritizing testing in areas that have not been highly tested to better understand where the disease is occurring and respond. These sites will serve high-risk patients who have been pre-selected by area health care providers. They will not accept walk-up or drive-up patients,” the news release said.

As of 4 p.m. Thursday, the state has tested almost 3,000 people, with 277 positive cases in 38 of Colorado’s 64 counties. The first cases along the Eastern Plains were announced Thursday, in Yuma and Morgan counties in northeastern Colorado. Thirty-eight people are hospitalized, and there have been three deaths. — Marianne Goodland

Tax Day -- April 15 -- has been delayed by three months by order of the president and as announced Friday morning by Treasury Secretary Steve Mnuchin. The new deadline for filing 2019 taxes is now July 15. However, if you have refunds coming, you can still file early, according to the President.

At @realDonaldTrump’s direction, we are moving Tax Day from April 15 to July 15. All taxpayers and businesses will have this additional time to file and make payments without interest or penalties.

Connect for Health Colorado, the state’s health insurance marketplace, will offer a special two-week enrollment period for uninsured Coloradans because of the COVID-19 outbreak.

The period starts Friday and ends April 3 for coverage that could start as early as April 1.

Coloradans who lose their job, or who may lose their job in the coming weeks, and thus lose their employer-based health insurance, are reminded that loss of such coverage allows them a 60-day window to enroll in individual coverage, whenever that might happen throughout the year. See Connect for Health Colorado’s “When can I buy insurance?” page for details.

“It is our mission to increase access to health insurance, and I am pleased we can make it easier for people to get the coverage they need at this critical time,” said Connect for Health Colorado CEO Kevin Patterson in a statement.

Effective immediately, the Denver Department of Transportation and Infrastructure is suspending its enforcement of the following:

The city is also lifting parking restrictions related to street sweeping for 30 days, beginning April 1. However, people who can move their cars on street sweeping day are encouraged to do so to allow street sweepers to reach the curb line and more effectively sweep.

The following enforcement activities will continue:

The agency will evaluate an extension of its enforcement changes on a month-by-month basis. — Alayna Alvarez

By the end of Friday, the Colorado Department of Labor and Employment will likely have received 25,000 applications for unemployment insurance…