Colorado lawmakers have more than $71 billion in federal and state relief aid burning a hole through the state's pocket, according to a new analysis of the windfall from the Common Sense Institute. 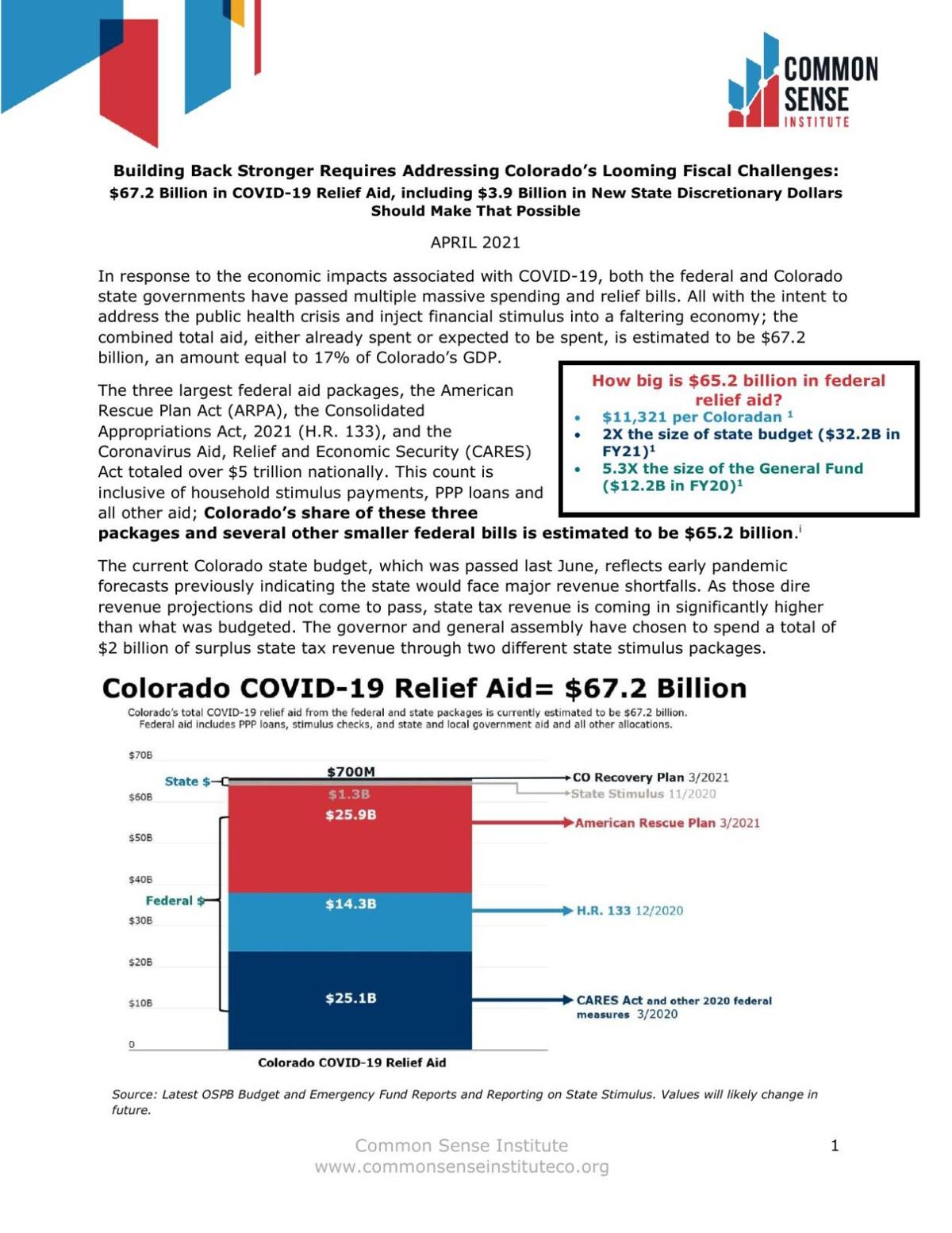 They have is at least $3.9 billion to be spent at the discretion of the governor and General Assembly, the analysis calculates from the latest federal stimulus package.

The money is a bit more complicated than taxing and spending, though. The current state budget, which was passed last June, was built on pandemic worries, but the worries did not come to pass, leaving a budget surplus going into next year.

The Common Sense Institute urged the legislature to invest in solving long-term problems.

"The state has several major fiscal crises looming that could be directly addressed with this pot of one-time funds," the report concludes. "Similar to a household budget, when families have their basic needs met, but have credit card debt, it is advisable to use surplus cash to pay off debt and avoid paying interest.

"Similarly, Colorado, having addressed the immediate COVID-19 crisis, now has the opportunity to pay off its outstanding debt and save the state from future budget constraints or pressure to increase taxes. Doing so will pay long-term dividends, as the state will have more available funding to spend on education, transportation, health care and other priorities rather than issuing debt payments, which will ultimately be on the back of all taxpayers."

The analysts said the economy will see a direct boost in recovery by lifting restrictions than spending more money on short-term needs.

Of the three categories that have received federal relief or expect to, 41% goes to households, 25% to businesses, 18% to state and local governments and 16% is unspecified.

Gov. Jared Polis sent his wish list for the next state spending plan to the General Assembly's Joint Budget Committee Monday, with a request to put $1.3 billion toward the lingering effects of the pandemic.