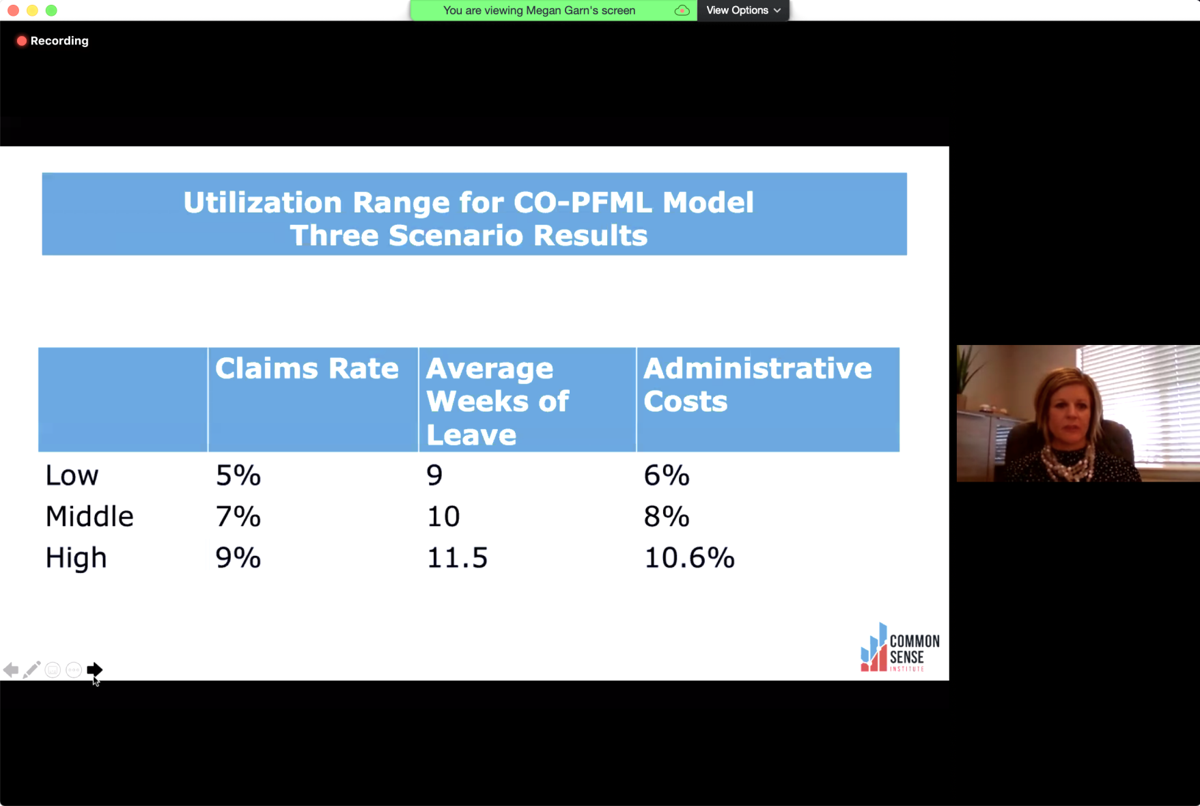 Common Sense Institute researcher Lisa Strunk lays out the use versus the cost scenarios for a paid family and medical leave program covered by Proposition 118.

Common Sense Institute researcher Lisa Strunk lays out the use versus the cost scenarios for a paid family and medical leave program covered by Proposition 118.

The Common Sense Institute is out Friday with the fourth of its annual big-picture analyses of Colorado's state budget, as lawmakers prepared to deal with an uncertain future when they return to Denver for the next regular session next month.

"Colorado Budget: Then and Now" is available by clicking here.

The study looks at how the state's spending has changed over the past 20 years. Information in the report is expected to make readers ask "why" questions, according to the Denver-based business and policy think tank.

Among the report's takeaways:

The state's current annual budget is $30.6 billion. About $10 billion of that is federal money that passes through the state budget, according to the Common Sense Institute report. The state's operating budget, called the general fund, is $10.8 billion.

Q&A with Chris Brown | He makes it all make sense

Chris Brown is the director of policy and research for the Denver-based Common Sense Institute, a think tank that applies hard numbers to hard questions facing Colorado policymakers and taxpayers.

Common Sense Institute looks at jobs trends, and it's bad news for moms

Colorado's long-massaged, hard-to-adopt paid family and medical leave program on the November ballot probably won't be on the books long before it would need to raise premiums to cover payouts, according to an independent analysis presented Wednesday morning.

The project collected the skill, insights and hard data from 30 business leaders affiliated with the Colorado Business Roundtable and the economists and supporters of the Common Sense Institute think tank in Denver.

An examination of data from February through November found that labor force participation rates for women with children fell  8.6 percentage points over the 10 months.

For the fund to recover to its pre-pandemic solvency by 2028, employers' taxes and contributions will have to grow by an average of $420 million a year after 2023, the Common Sense Institute projects.