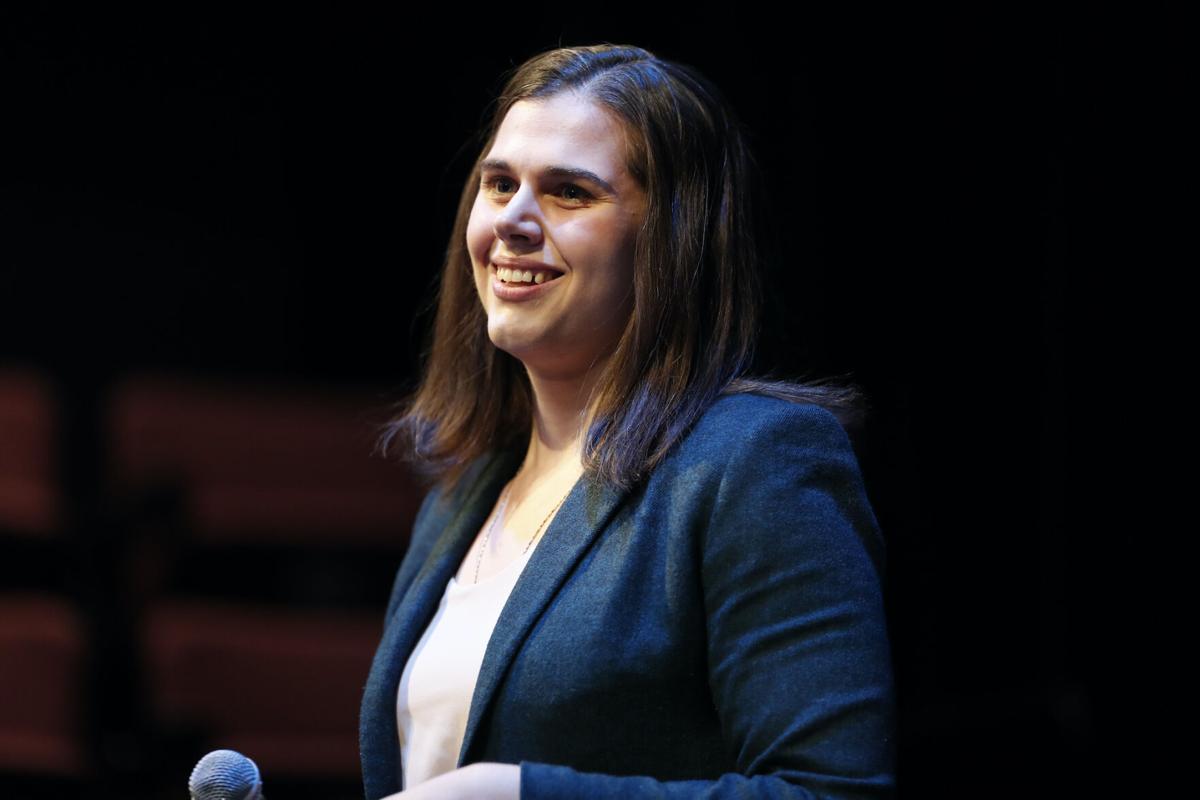 In this file photo, Jena Griswold, the Democrat elected as Colorado's secretary of state in 2018, speaks during a campaign event on Oct. 26, 2018, in Silverthorne, Colo. She's seeking a second term in 2022. 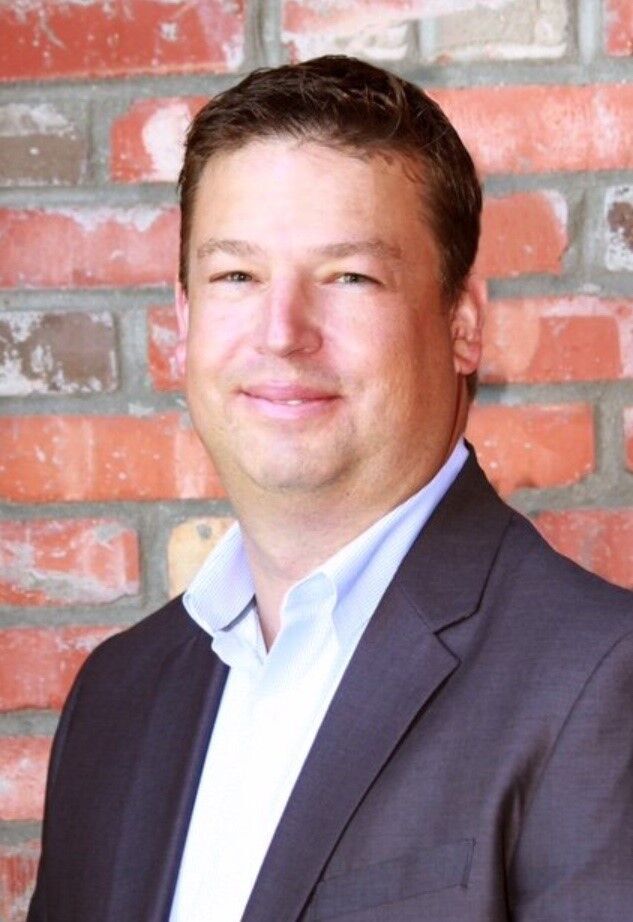 In this file photo, Jena Griswold, the Democrat elected as Colorado's secretary of state in 2018, speaks during a campaign event on Oct. 26, 2018, in Silverthorne, Colo. She's seeking a second term in 2022.

The Secretary of State explained in a referral to the state’s Office of Administrative Courts that they found reason to believe that two Republican operatives working for a group called Colorado Neighborhood Coalition, former Colorado House Speaker Frank McNulty and former state House and Senate member Greg Brophy, failed to properly register as redistricting lobbyists.

Colorado Neighborhood Coalition is a 501c4 nonprofit organization; the group formally registered this year as a group that would lobby the state’s new independent redistricting commissions. The complaint filed against Colorado Neighborhood Coalition originated with a rival, Democratic-led 501c4 nonprofit organization that also registered his year as a group who would lobby the redistricting commissions.

When 501c4 nonprofit organizations spend in elections, they’re called “dark money” groups, because they are not required to disclose where their funding comes from.

While the Secretary of State’s election’s division found that McNulty and Brophy may have violated lobbying rules by being paid by Colorado Neighborhood Coalition and having contact with commissioners that could qualify as lobbying while not being registered as lobbyists, the division found that the group’s single registered lobbyist, former state GOP executive director Alan Philp, did not run afoul of disclosure requirements, as the complaint against the group claimed.

“The Division will pursue Claims 1 and 2 of the complaint against McNulty and Brophy, but will not pursue Claim 2 against Philp, or Claim 3,” an attorney working for the Secretary of State’s elections division wrote in the referral.

Philp has been registered as Colorado Neighborhood Coalition’s lobbyist since April, but the complaint claimed that by only disclosing his “$2,000 per month” compensation once, and not itemizing payments for specific interactions with the commissioners, his disclosures were inadequate.

The Secretary of State’s referral explained that “the Division views Philp’s April disclosure as a good-faith effort to comply with the reporting requirements,” and blamed their own lobbying database for the inability to find Philp’s total compensation: “the system lacks the capability to update the total figure absent updated disclosures being filed,” which is part of a pattern of lobbying disclosure data managed incorrectly by the Secretary of State’s office.

McNulty wrote in an email that the finding of no problems with Philp's disclosures proves that the complaint, at least partially, has no merit, and that he expects him and Brophy to also be found to have done nothing wrong.

"The bogus claims that partisan Democrats have made against me and others are already unwinding. The first domino fell yesterday when the Secretary of State's office tossed the baseless claims against Alan. The road for the rest of us will be longer, but the result will be the same," McNulty wrote. "Powerful Democrats continue to bully and threaten Republicans who are productively participating in the redistricting process." 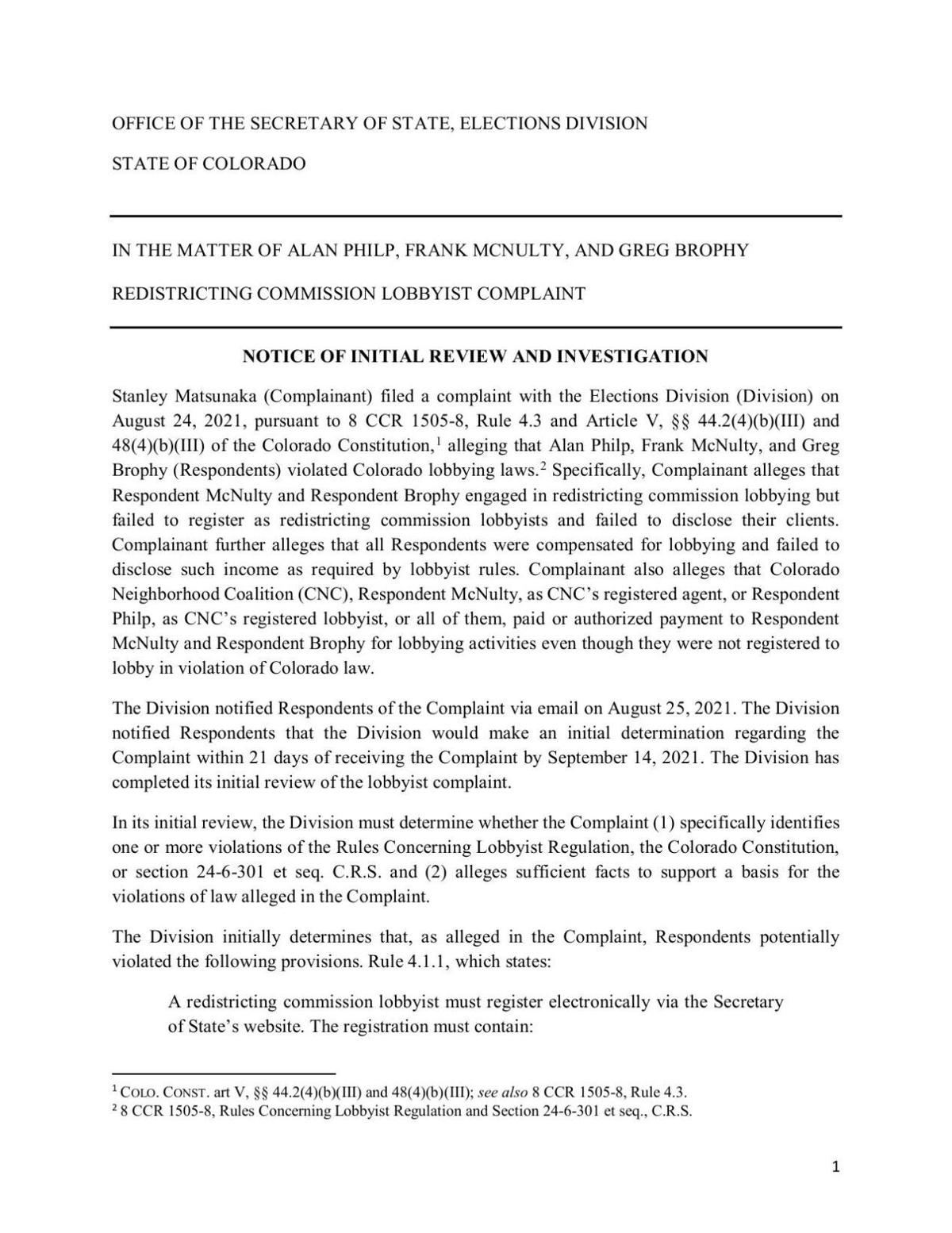