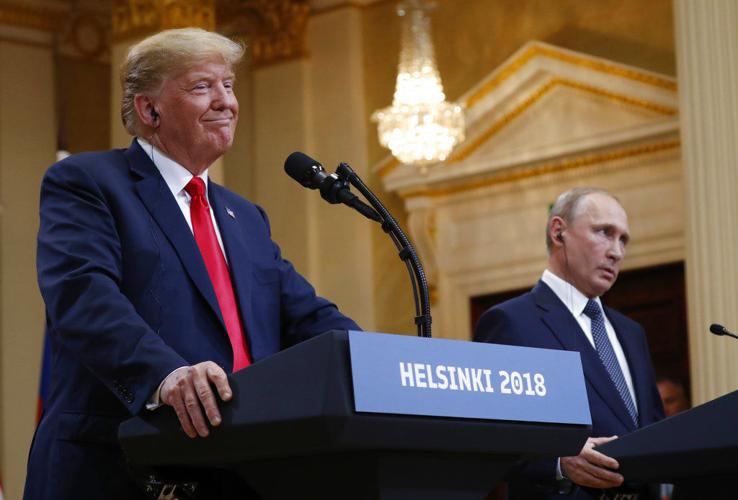 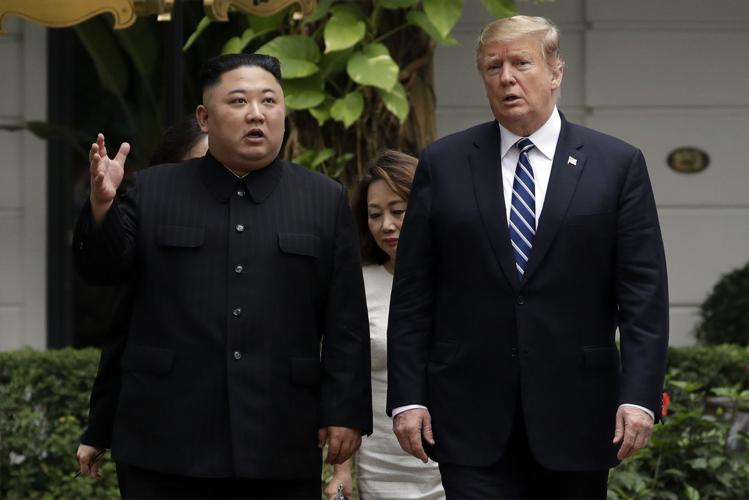 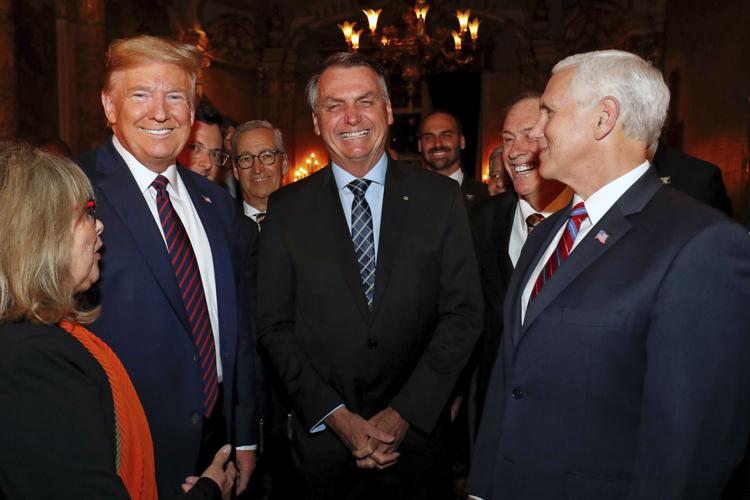 Conservative intellectuals, some pseudo as in Tucker Carlson and some real as in Rod Dreher, have adopted Orban as a model leader. Carlson even traveled to Budapest last year to host his nightly blatherfest from Hungary’s capital.

Former President Donald Trump’s decade-long embrace of Russian dictator Vladimir Putin seemingly knows no end. Witness Trump’s comment on Putin’s declaration of the independence of two eastern regions of the Ukraine as pretense for his invasion: “This is genius.”

(We will leave aside the question of whether Putin still regards his move as “genius” and whether Trump would know “genius” if he stumbled upon it.)

Concern is now high that the likelihood of Republicans gaining control of the House of Representatives in the coming election could result in the whole or partial withdrawal of U.S. military aid to Ukraine.

Back in 2018, Trump told a campaign rally of how he and North Korean nutjob autocrat, Kim Jong Un, “fell in love.” This perhaps can be written off as in keeping with the Donald’s lifelong lack of discretion in his amorous affairs.

Trump and too many of his acolytes, which means a broad swath of today’s Republican Party, are openly cheering for Brazilian despot Jair Bolsonaro in his bid to hold onto power, despite his multiple nods to tyrannical rule.

Other examples abound. As individual circumstances, each is disturbing, sometimes outrageous. Taken together, they beg the question of exactly what is going on here?

Why are major elements of the GOP and leading voices of conservative thought so enamored with autocrats and their rule by undemocratic means?

We are living through a nationalistic, populist, overly tribal period. Globalization and the changing economy of recent decades have created new sets of winners and losers. Many, especially those feeling left behind, question whether democratic systems honor them or are built to deliver.

An attraction of conservative ideology has long been its emphasis on order and control. In a world that seems for many increasingly unsettled and even chaotic, there is an undeniable appeal to such a promise.

As those on the left have come to worship all forms of identity and treat it as definitional, the right has responded with its own premium on identity politics. Many understand, or at least intuit, that demography is not on their side. This lends even more salience to issues such as immigration and the wish, usually illusory, to preserve some dated version of national ethnic identity.

All of this had led to a distrust of political systems and even a deep paranoia in many quarters. Prodded by self-serving leaders, vaunted concepts such as free elections, a free press and respect for minority rights have come to be expendable.

The problem is accentuated by the instinct of too many to view every issue, every difference of opinion and every election in apocalyptic terms. Notions such as “winning some and losing some” or “living to fight another day” have been cast to the wayside.

Put all this together and it is hardly a surprise that election denial is now a thing. Per numerous surveys, a solid one-third of Americans do not regard the 2020 presidential election as legitimate. An even higher number are less than fully committed to respecting the results of the next election.

If such sentiment is not reversed, it leads to an unspeakable, irrecoverable place for our cherished democracy. Yet our challenge is tame next to that of Hungary where the free press has waned and political opposition is only marginally tolerated. To say nothing of Russia, China, North Korea and too long a list of other places where political dissent is an invitation to a jail cell or a bullet.

A visit to most any college campus will disabuse you of the thought that American conservatives have a monopoly on illiberalism. Still, it is those to the right of the political spectrum who are openly, unabashedly dancing with autocrats around the globe who do not give a whit for democratic principles or traditions.

It is time for a serious reappraisal on the part of those who claim a deep affinity for America and its core values. Followed by then knocking it off when it comes to dallying with foreign actors of a very different mindset.

That is the guts of this week’s column. But let me use my remaining space to add an unrelated local note.

As soon as the November election passes, attention will turn to what is sure to be a vigorously contested race for the mayor’s office in Denver. The common denominator between those elections this fall and next spring is state Rep. Leslie Herod who is inexplicably running for reelection to the state House while having announced her candidacy for mayor.

This is wrong. Period. Full stop.

Both Colorado law and Denver ordinance explicitly prohibit candidates from running in multiple races. While the intent of these rules is unmistakable, Herod’s attorney has an imaginative theory or loophole for why they do not apply.

The law aside, it is bad form. A mayoral race is an intense venture. How does Herod purport to handle the demands of it during the heart of the 2023 legislative session? How do her current constituents not get shortchanged? How does she navigate the ethics of fundraising while voting on legislative issues?

Herod’s mayoral ambitions have been evident for some time. She should pursue them without a fallback position. Had she done so in a timely way, the voters of her district would have been able to choose a successor instead of relying on an overused, insider-dominated vacancy committee process.

Longtime Denver adman, Arnie Grossman, passed away at the end of September. Decades back, he coined one of the best political slogans on behalf of Pat Schroeder: “She wins, we win.” Simple and elegant.

Given Herod’s unfortunate, selfish decision, her slogan could be, “She wins, she wins.” Or even, “She loses, she wins.”

Eric Sondermann is a Colorado-based independent political commentator. He writes regularly for Colorado Politics and the Gazette newspapers. Reach him at [email protected]; follow him at @EricSondermann

What do you call someone who decides whom to support for high political office based on cheesy, 30-second television ads?