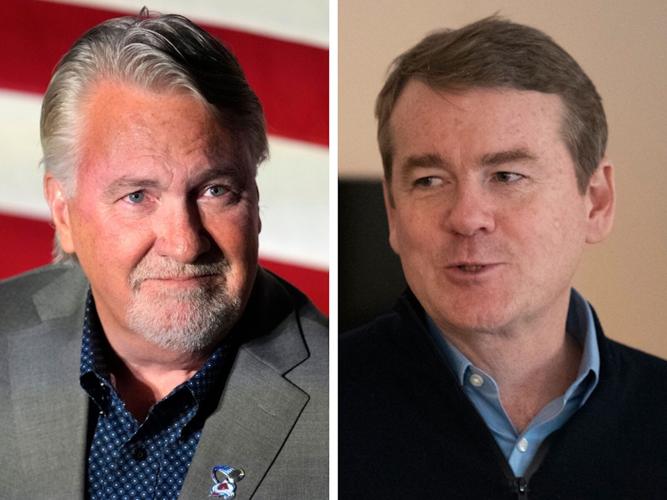 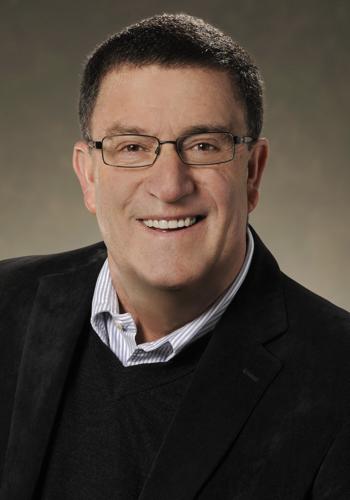 Gentlemen, there is an opportunity in front of you and a choice each of you needs to make.

For Michael Bennet and Joe O’Dea, the major party nominees in Colorado’s U.S. Senate race, the coming campaign offers a chance to model a different, improved manner of politics and begin to slowly rebuild our badly damaged, often insufferable process.

To be clear, this will be a hard-fought campaign. As it should be. Politics is not tiddlywinks and Senate seats are sparse and coveted.

Between Bennet and O’Dea, one will vote for Chuck Schumer to lead the Senate; the other will likely choose Mitch McConnell. One will vote to confirm most Biden nominees; the other will take a more skeptical, distrustful eye. Their policy differences are real and their focus areas diverge as well.

Contrary to expectations not that long ago, this race may be quite competitive. The Democratic advantage in Colorado, two decades in the making, could be offset by a potential Republican wave that shows signs of sweeping from coast to coast.

It has been Bennet’s lot to run in tough years for his party. He first stood for election in 2010 following his appointment to the vacant Senate seat. That was the first off-year of the Obama presidency in which Democrats lost 63 seats in Congress and seven in the Senate. A wipeout, for sure, by any measure. Bennet survived narrowly when Republicans rejected their more electable choice in the primary in favor of Ken Buck, now Congressman Buck, who helped Bennet’s cause with a handful of unforced errors.

Bennet was next up in 2016, the year of Trump’s stunning upset nationally even as Democrats weathered the storm in Colorado. He was again aided by the GOP’s selection of an under-equipped, under-funded, no-hope challenger.

Which brings us to the present tense and what could turn out to be Bennet’s toughest battle in another rocky political context.

O’Dea is everything Bennet’s previous two opponents were not. He's is a political outsider, having never before run for anything, similar to Bennet when he first took office. O’Dea is neither doctrinaire nor extreme in his ideology. He is surprisingly moderate on the question of women’s reproductive rights, an advantage in a state where that is the dominant sentiment. He is anything but a Trump-like figure in a state where that affinity or brand spell political death.

A year or two ago, if you had picked O’Dea as the eventual Republican nominee, you win an award for political prognostication. He emerged from outside the list of usual suspects.

Yet, here we are: Bennet versus O’Dea.

Every incentive will be for each of them to wage a standard-issue, slash-and-burn campaign. Consultants galore will be advising such a course. Well-paid opposition researchers will dig deep to find the raw material – “oppo” in the language of the biz.

If you want to make a bet on where we are headed, put your money on that tried-and-true, tired path.

But what if these two honorable, sensible, decent men decided to break the mold? Or even to tinker with it a bit?

What if each decided to use the campaign to illuminate and inspire instead of to demean and destroy?

Beyond the two or three traditional, televised debates, what if Bennet and O’Dea did a series of less formal town hall meetings across the state? Imagine a school auditorium in Pueblo or Glenwood Springs full of hundreds of concerned, engaged citizens posing real, heartfelt questions to both candidates with the partisans weeded out along with the gotcha garbage.

What if each renounced the vicious, vacuous 30-second attack ads based on the “oppo” deep dive? Let Colorado demonstrate that democracy can work without such trash on the airwaves or in our mailboxes.

You know the ads. “Low-life Joe O’Dea’s construction company was 24 hours late filing a response to an OSHA complaint in 2003. Is this the kind of uncaring, irresponsible leadership we want in the Senate?”

Or, “Michael Bennet voted in committee for an amendment that secretly aided his wife’s second cousin’s next-door neighbor. It’s time to weed out such high-level corruption.”

Okay, both examples are made up. But both are all too plausible and representative of the fare that pollutes our television screens every election cycle.

Of course, even if both candidates were to rise to the moment, there is the problem of the plethora of “independent expenditure” committees and related 527 operations (named for a provision of the federal tax code) which parachute in with little accountability to do the real dirty work of modern campaigns.

These creations are largely a byproduct of misnamed, ill-advised “campaign finance reforms” that have served mainly to hamstring candidates with vast money now funneled into these outside operations with far less transparency. The Supreme Court’s Citizens United decision certainly did not help, either.

The pull of the political status quo is powerful. Campaigns, propelled by a huge, self-dealing, permanent political infrastructure, have an inexorable way of heading to the basement.

But the view here is that both Bennet and O’Dea are different sorts. Or, at least, they both have the potential to be if they look deep within themselves.

Their race will be passionately waged. The balance in the Senate is in play and there is reasonable dissonance in their outlook, one coming from a moderately left of center perspective, the other moderately to the right.

However, this need not be a no-holds-barred death battle. One does not sense that is the character of either man. Both are grounded. Both understand that there are higher callings.

Our politics have grown ever more sordid. What passes for political dialogue is a national embarrassment marked by cheap theatrics and tawdry insults.

Bennet and O’Dea, two good men separated by something short of an endless gulf, have the chance to raise the bar, elevate the discourse, disagree with respect and proper scale, and demonstrate that it is possible to slowly heal our dismal, dysfunctional, degrading politics.

Let’s hope they seize it. More than that, let’s demand that they do so.

Eric Sondermann is a Colorado-based independent political commentator. He writes regularly for ColoradoPolitics and the Gazette newspapers. Reach him at EWS@EricSondermann.com; follow him at @EricSondermann.

It has been two days since the desecration of the Independence Day celebration in Highland Park, Illinois. By the time this column appears, it…