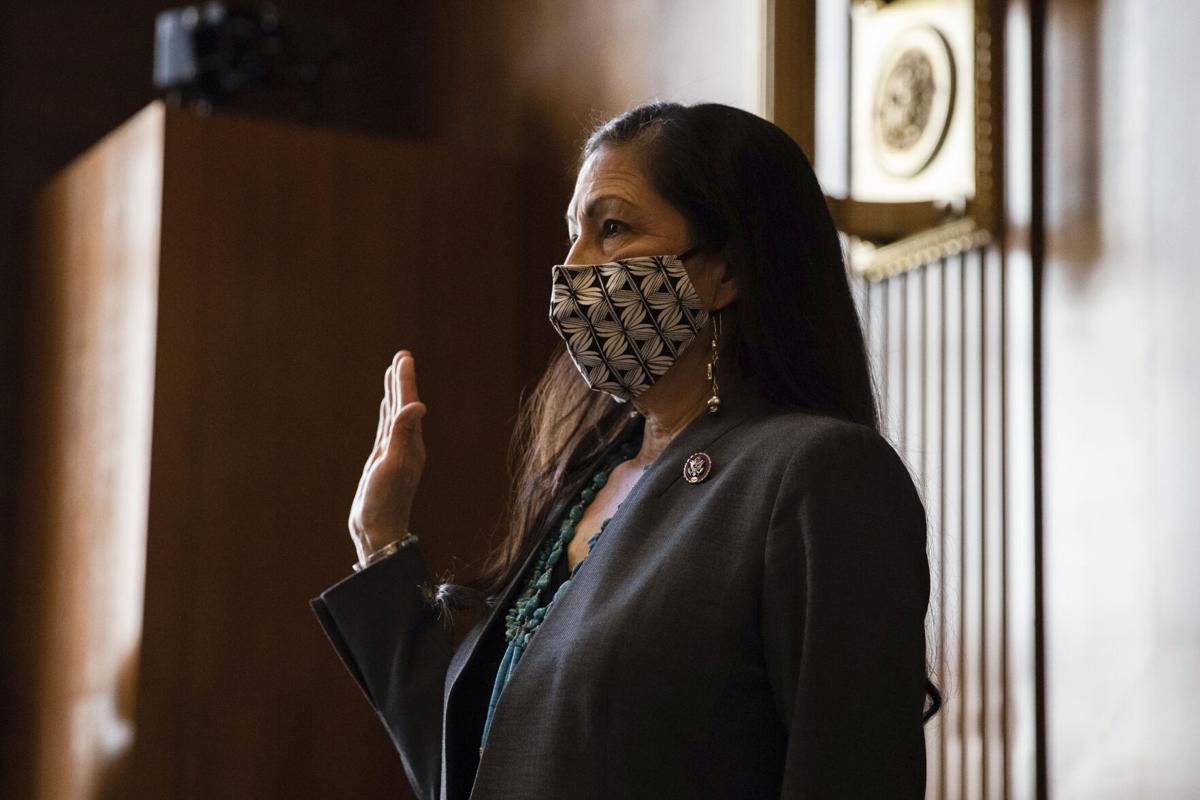 Rep. Deb Haaland, D-N.M., is sworn in during a Senate Committee on Energy and Natural Resources hearing on her nomination to be Interior Secretary, Tuesday, Feb. 23, 2021 on Capitol Hill in Washington. (Graeme Jennings/Pool via AP) 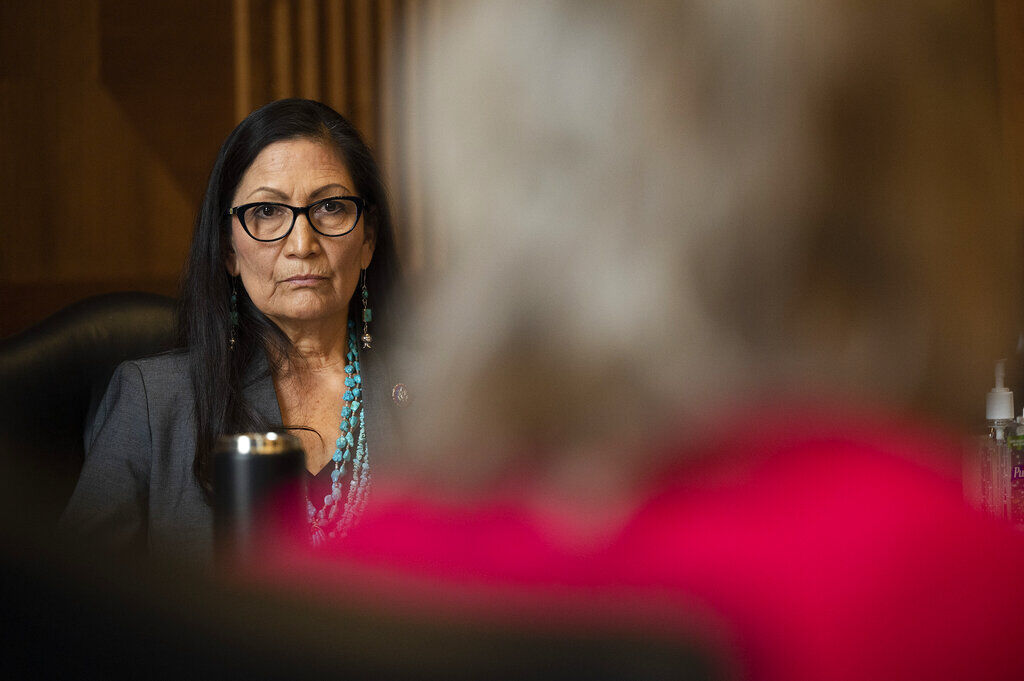 Rep. Deb Haaland, D-N.M., listens during the Senate Committee on Energy and Natural Resources hearing on her nomination to be Interior Secretary, Tuesday, Feb. 23, 2021, on Capitol Hill in Washington.

Rep. Deb Haaland, D-N.M., is sworn in during a Senate Committee on Energy and Natural Resources hearing on her nomination to be Interior Secretary, Tuesday, Feb. 23, 2021 on Capitol Hill in Washington. (Graeme Jennings/Pool via AP)

Rep. Deb Haaland, D-N.M., listens during the Senate Committee on Energy and Natural Resources hearing on her nomination to be Interior Secretary, Tuesday, Feb. 23, 2021, on Capitol Hill in Washington.

Gov. John Hickenlooper had two points he wanted to get across as he questioned New Mexico Rep. Deb Haaland on her nomination for interior secretary Tuesday: protect public lands and keep the Bureau of Land Management headquarters in Colorado.

The Denver-based American Indian College Fund is among the groups advocating for the confirmation of U.S. Rep. Deb Haaland, D-N.M., to the job of secretary of the U.S. Department of the Interior, pushing back on accusations that her views are "extreme."

She could replace another Westerner, David Bernhardt, who grew up in Rifle and practiced law in Denver.

Hickenlooper is cosponsoring a bill that his Colorado colleague, Michael Bennet, has pushed for years: The Colorado Outdoor Recreation and Economy Act to protect 400,000 acres of public lands in Colorado for wilderness and recreation.

"Communities across our state have been working 10 years on this bill as a historic effort to protect public lands," the former governor told Haaland. "And the CORE Act is key to ensuring Coloradans can inherit both a thriving outdoor recreation economy and pristine outdoor spaces, as you already have been discussing this morning.

He debunked claims that the bill would close areas to roads and off-road trails, then Hickenlooper asked for an agency review of the bill, which he said was mischaracterized by the Trump administration.

Haaland told Hickenlooper she was disappointed that the CORE Act did not pass last year. She said Biden, too, supports a strong outdoor economy.

"I understand the administration also endorses the bill," she replied.

“I’ll absolutely keep an open dialogue,” she said. “And if you’re inviting me to Colorado I gracefully accept.”

Hickenlooper sits on the Senate Energy and Natural Resources Committee, which held Haaland's confirmation hearing. Haaland took 2½ hours of questions Tuesday and the hearing is expected to conclude Wednesday.

“It’s up to us, like those before us, to protect these precious lands for future generations to enjoy just as we’ve been able to do.”

U.S. Rep. Ken Buck of Windsor, who doubles as the state Republican Party chairman, released a statement skeptical of the restrictions that might accompany the Democrats' public lands legislation.

“Coloradans should have more control over our lands, not less,” Buck said in a statement. “The federal government already owns 35.9% of Colorado. This public lands package gives more power to bureaucrats in Washington to enforce onerous restrictions and kill energy jobs.

"Congress should focus on legislation that empowers state and local governments to make the right decisions for their communities, especially when it comes to managing our beautiful outdoors."

The oil and gas industry is keeping a wary eye on the pick.

President-elect Joe Biden is poised to nominate U.S. Rep. Deb Haaland, a Democrat from Albuquerque, as his interior secretary, who would become the first American Indian to serve as a Cabinet secretary.

The Interior Department oversees about 500 million acres of public lands across the country, but predominantly in the West.

Haaland could play a key role in Biden’s climate-focused agenda, deciding what activities must be limited to reduce greenhouse gas emissions. Those public lands, however, sit on major fossil fuel reserves.

"It is President Biden's agenda, not my own agenda, that I will be moving forward,'' Haaland replied.

If confirmed, she would become the nation's first interior secretary and presidential Cabinet member of American Indian descent.

“The historic nature of my confirmation is not lost on me, but I will say that it is not about me,″ Haaland testified Monday. “Rather, I hope this nomination would be an inspiration for Americans — moving forward together as one nation and creating opportunities for all of us.″

Tom Vilsack, the former Iowa governor who served in the Obama administration, was confirmed Tuesday by the Senate on a 92-7 vote.

No harm in asking, but it was never likely to happen. Both senators support the congresswoman from New Mexico, who is a supporter of public lands positions favorable with fellow Democrats, particularly President Joe Biden.

The legislative package passed by a mostly party-line vote of 227-200, with eight Republicans voting for it and one Democrat voting against it.