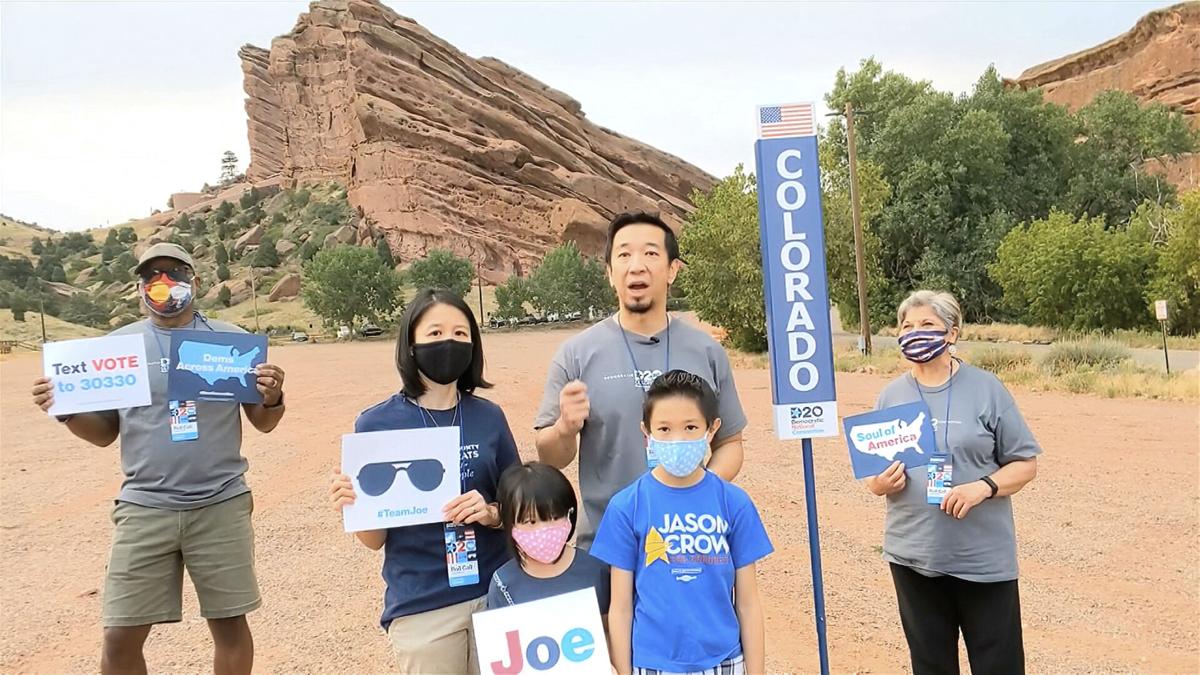 In this image from video, Howard Chou of Colorado speaks during the state roll call vote on second night of the Democratic National Convention on Tuesday, Aug. 18, 2020. 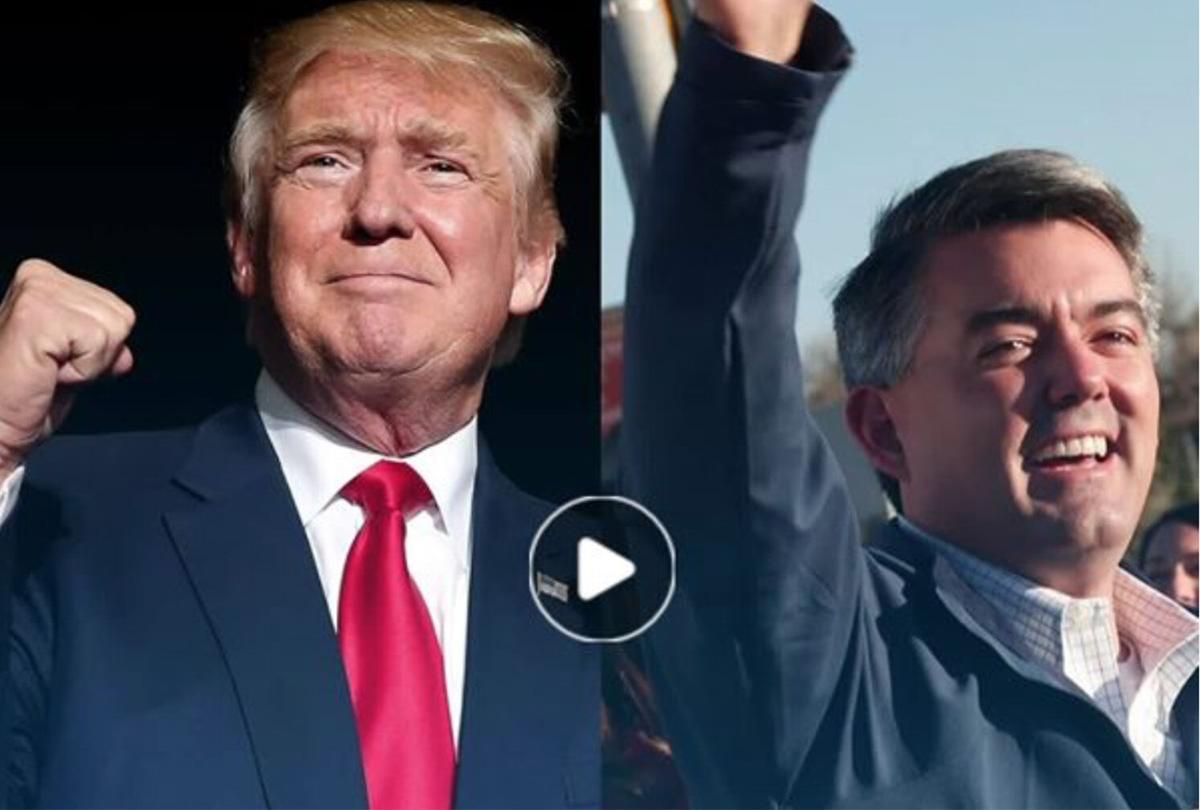 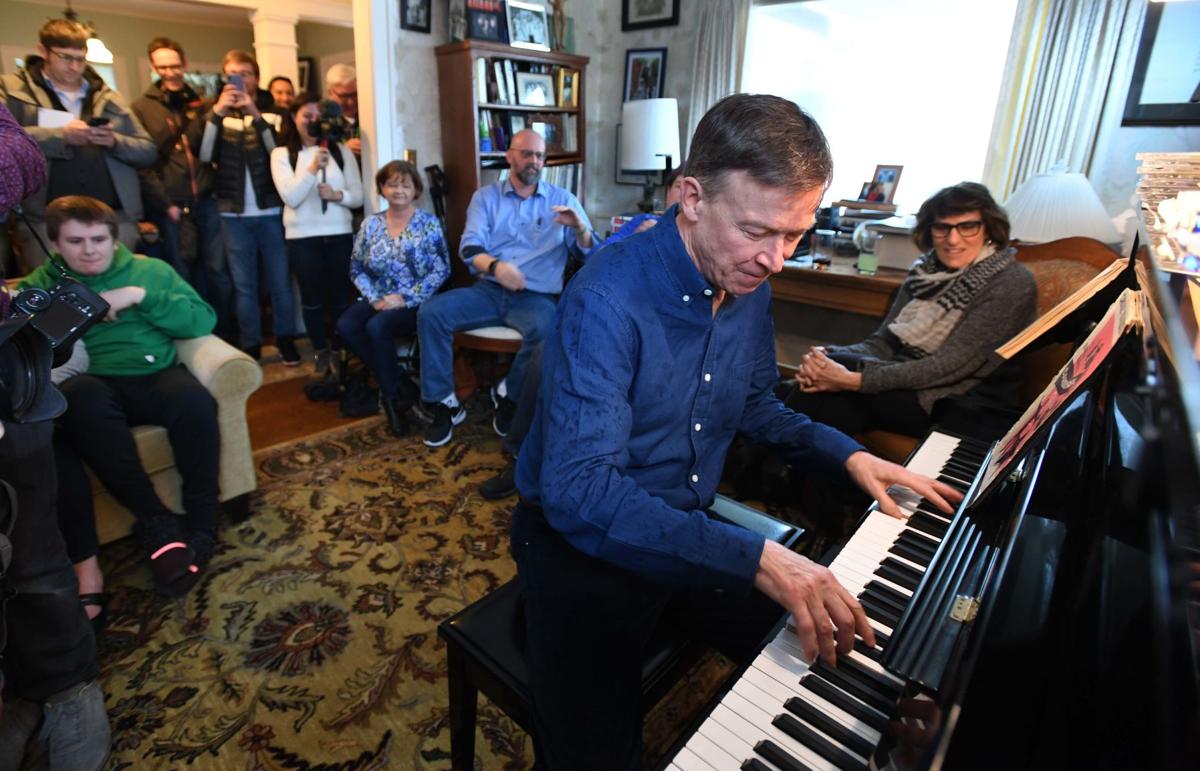 Former Colorado Gov. John Hickenlooper headed straight for the piano in the living room at a house party in his honor in Dubuque, Iowa, on Saturday, March 8, 2019. He entertained the crowd with a boogie boogie tune. Hickenlooper was making a whirlwind tour of towns and cities in Iowa in his 2020 president campaign. (Photo by Jerilee Bennett, The Gazette)

In this image from video, Howard Chou of Colorado speaks during the state roll call vote on second night of the Democratic National Convention on Tuesday, Aug. 18, 2020.

Former Colorado Gov. John Hickenlooper headed straight for the piano in the living room at a house party in his honor in Dubuque, Iowa, on Saturday, March 8, 2019. He entertained the crowd with a boogie boogie tune. Hickenlooper was making a whirlwind tour of towns and cities in Iowa in his 2020 president campaign. (Photo by Jerilee Bennett, The Gazette)

Growing up in Alabama in the Southern Baptist church, Pamla May Sterner recalled being a Republican by default.

“That’s what was preached from the pulpit, the values that supposedly the Republican platform entailed," she said. “You really just didn’t give it any second thought.”

Sterner and her husband worked as evangelists, casting votes for local Democratic candidates here and there but always backing the Republican in the presidential election.

“We would have never voted for a Democrat as president, because presidents do choose different judges they are going to appoint. Obviously, judges are the ones who would hear Roe v. Wade should it ever be overturned,” said the 63-year-old resident of Pueblo, referring to the 1973 U.S. Supreme Court decision finding a constitutional right to abortion. “For that reason, we just weren’t going to deviate from the Republican Party at all.”

Today, however, Sterner is a Democrat. She voted for Barack Obama in 2008. She went to work for Democratic former U.S. Rep. John Salazar — as a Republican. After Salazar was unseated in 2010, she said she officially changed her voter registration. Sterner no longer votes for GOP candidates.

Heading into the 2020 election, Colorado’s Democrats have put significant distance between themselves and the state's minority party during the Trump years. Democrats hold four of the state’s seven U.S. House seats. Likewise for 60 of the 100 General Assembly seats. Democrats are also in all five statewide executive positions. That includes the secretary of state’s office, to which voters, by some quirk, had not elected a Democrat since 1958.

Not only is the party working to preserve its gains, it may have room still to grow: contesting a Republican-held state Senate seat in Adams County, a state House seat in Littleton, the U.S. Senate seat of Cory Gardner, and even the Third Congressional District, which Salazar was the last Democrat to occupy 10 years ago.

Multiple people with a history of political involvement in Colorado tend to agree on the main factors for the state’s leftward shift. Colorado has grown in population, and the demographic change has benefited Democrats. Voters have soured on GOP officeholders while at the same time adopting more conservative stances on issues of taxation and revenue.

And the COVID-19 pandemic has underscored a desire for competent governance — a feature that may again favor Democrats this year as more than 1,000 Americans per day die of the disease during a Republican presidential administration.

“I think we’re going to be in a recovery for maybe 10 years,” said Rosemary Rodriguez, a former Denver city councilwoman and state director for U.S. Sen. Michael Bennet. “So I think whichever party has the best ideas about how to recover are going to be our future leaders.”

Between 2010 and 2019, Colorado added approximately 730,000 residents. An analysis from Westword found that those over age 44 comprised a slightly larger chunk of the population in 2018 than at the last census, contrary to the perception that young people moving in are responsible for the increase.

The liberal shift “is not because we have an army of Californians living and voting here,” said David Flaherty, the CEO of the surveying firm Magellan Strategies. Flaherty used to work for the Republican National Committee, and said that unaffiliated voters have grown in importance as they have grown in proportion to other voters.

“Unaffiliateds have said, ‘I’m not in love with the Democrats and I will consider the alternatives, but I don’t like the [Republican] choices you’ve given me,’ ” he said.

In all but the Second and Third congressional districts, the number of active, unaffiliated voters has doubled between 2012 and 2020. In the Sixth Congressional District, which U.S. Rep. Jason Crow flipped in 2018 after defeating the Republican incumbent, the number of active, registered Republicans barely increased over eight years relative to the growth of the district overall.

Even in Congressional District 5, which encompasses El Paso County, unaffiliateds grew at five times the rate of Republicans. Some people pointed to the conservative stronghold as a potential swing county someday — one that can follow the statewide results in presidential or gubernatorial elections.

Although younger, unaffiliated voters and people of color may have their influence ticking upward, Sterner, the Pueblo voter, advised against discounting older party-switchers like herself.

“As they’re seeing what’s going on, I think you’d be missing the boat if you didn’t think there were quite a few older Republicans saying, ‘I don’t think this is for me,’ ” she said.

A difference on the issues

In the summer of 2019, conservative activists attempted to recall a string of Democratic lawmakers and Gov. Jared Polis. Among other reasons, they pointed to the majority party’s passage of a “red flag” law. Officially known as extreme risk protection orders, 70% of Americans in a 2019 poll support the ability for courts to temporarily remove firearms from someone judged a danger to themselves or others.

John Straayer, a professor of political science at Colorado State University, pointed to the disconnect between the issues that conservatives publicize and the actual interests of voters.

“The advertised agenda of the Republican Party,” he said, “is guns, vaccines, same-sex marriage. These are prominent and visible agenda items for a big chunk of the Republican Party. More so than funding education, straightening out our tangled up fiscal policy, making sure that our infrastructure is taken care of.”

Flaherty said that half of the Republican primary electorate in the state is older than 65, meaning that candidates will need to appeal to a voting bloc whose priorities are slightly different than the state as a whole. Immigration, crime, safety, freedom and pro-life policies are among the common concerns.

“Unaffiliated voters don’t care about four out of five of those issues whatsoever,” he said.

Dorothy Gotlieb, the chair of the Arapahoe County Republican Party, dismissed the notion that it was the state’s Republicans, and not its Democrats, who entrenched themselves in extreme positions.

“Each party has its opinionated people who will not necessarily move away from their position,” she said. “If the issue is education funding, if the issue is transportation, most Republicans will look at a rational way to increase that funding.”

Increases in tax rates require a vote of the people under the Taxpayer Bill of Rights, a constraint that still enjoys considerable public support. However, even as the people have shown a preference for Democrats, they routinely reject statewide requests for more revenue.

The dichotomy between votes for candidates and votes for issues can extend beyond purely fiscal matters. In 2016, the same year voters sided with Hillary Clinton, they also rejected a proposal to create a Medicare-for-All-style program at the state level. To the inverse, the same year voters first elected Gardner to the Senate, they also shot down a constitutional amendment to give personhood to fetuses.

Nonetheless, “Democrats are much more adept at meeting the voters where they are,” said Laura Chapin, a Democratic consultant based in Denver, citing the prompt endorsement of the Black Lives Matter protests earlier this summer and the passage of corresponding police reform legislation.

During the pandemic, while the federal government has dragged its feet and denied responsibility, it also shrugged off decisions to the states. Gov. Jared Polis, like many of his counterparts, instituted dine-in closures and stay-at-home and mandatory mask orders, which drew opposition from conservatives.

Although the actions reportedly contributed to a suppression of the virus, House Minority Leader Patrick Neville, R-Castle Rock, likened stay-at-home policies to the Gestapo, the secret Nazi police. On Aug. 26, he announced he planned to sue “King Polis” over the mask mandate. Prior to that, Lauren Boebert, the Republican nominee in Congressional District 3, opened her restaurant in violation of health orders.

Yet a poll in early May found that two-thirds of Coloradans approved of the governor’s job performance. When asked whether Polis’s actions might endanger the Democrats’ four-term hold on the governor’s seat, Chapin doubted that management in the face of chaos would be a pitfall.

“All the polling I’ve seen indicates that what Gov. Polis has done is extremely popular,” she said. “Our infection rates validate what he’s done. Voters like competence.”

“Wearing a mask right now — they’re on the wrong side of that because again, it’s their liberty and freedom and constitution principles,” said Flaherty, the polling consultant. Voters “see someone doesn’t share their fears and concerns.”

Straayer, the political scientist, agreed, adding, “I think voters will see it in the rearview mirror as something that had to be done.”

Understandably, blanket judgments of Republicans’ competence did not resonate with people inside the party.

Republican National Committee member Vera Ortegon, a former candidate for lieutenant governor, said the issue was simply that Democrats “do better messaging than we do.” Whereas she felt the GOP had not changed, Democrats “don’t believe in God, they want open borders, they want it to be free — whether it’s education or healthcare — to illegal immigrants,” the kind of message that Flaherty characterized as “beating the same drum.”

Republican Libby Szabo was the assistant minority leader in the state House before her appointment as a Jefferson County commissioner. (A Democrat now holds her old legislative seat.) One of a handful of GOP commissioners in metro Denver counties otherwise dominated by Democrats at the state and federal levels, she acknowledged her job in local government would not be too different if Republicans controlled state government instead of Democrats because of the different priorities of a local leader.

“You speak to the issues your community is concerned about,” she said. “I want to talk about what my community wants. State government is much more political.”

One thing that most people agreed upon: Colorado seems to be reaching peak Democrat.

“I think if we take this U.S. Senate seat,” said Rodriguez, the former Denver councilwoman, “we are at a high-water mark.”

Gov. Jared Polis, joined by lawmakers and philanthropist Kent Thiry, announced the launch of a new program — Energize Colorado — that will provide up to $35,000 in grants and loans for small business.