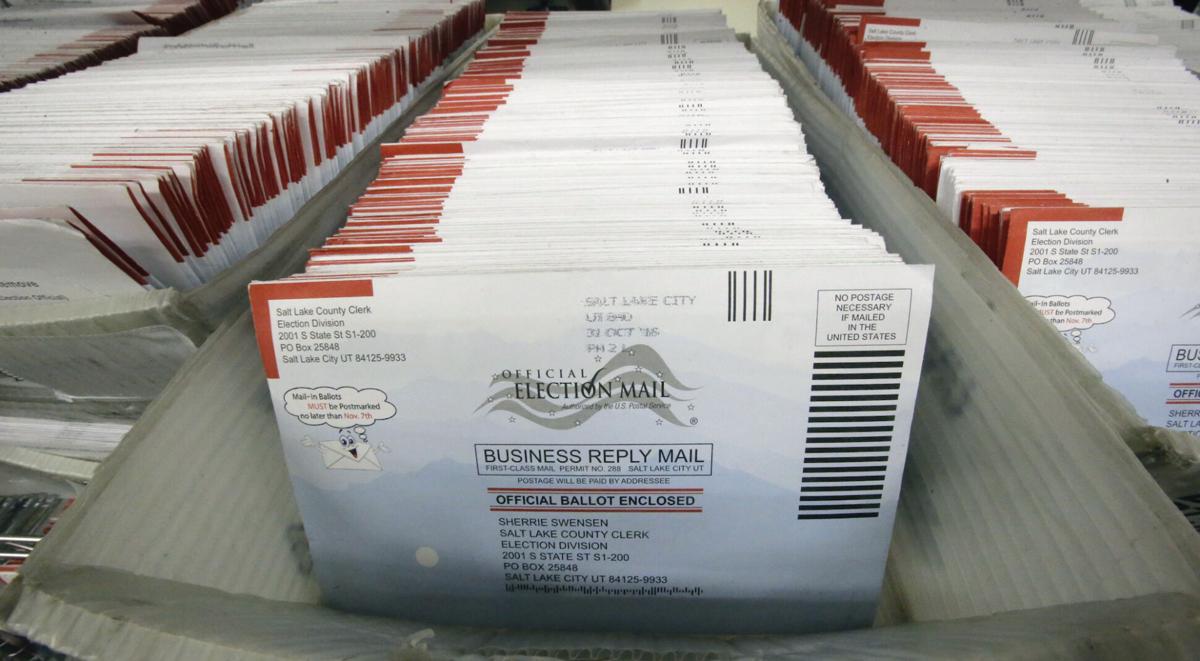 In this Nov. 1, 2016, file photo, mail-in ballots for the 2016 General Election are shown at the elections ballot center at the Salt Lake County Government Center, in Salt Lake City. As President Donald Trump rails against voting by mail, many members of his own political party are embracing it to keep their voters safe during the coronavirus outbreak.

In this Nov. 1, 2016, file photo, mail-in ballots for the 2016 General Election are shown at the elections ballot center at the Salt Lake County Government Center, in Salt Lake City. As President Donald Trump rails against voting by mail, many members of his own political party are embracing it to keep their voters safe during the coronavirus outbreak.

Though it's unlikely to happen given President Trump's rhetoric on mail ballots, Colorado Secretary of State Jena Griswold is among those asking for more money to run this year's election in the next stimulus package

“To have accessible elections in the midst of the pandemic, we need to rapidly expand vote by mail for all across the nation,” Griswold, a Democrat, said in a statement. “That’s why I’m joining colleagues in encouraging the U.S. Senate to include election funding in subsequent COVID-19 relief packages. All Americans deserve the same type of election access that we have in Colorado.”

Colorado is joined in the ask to the Senate by secretaries of state from Arizona, California, Michigan, Minnesota, New Jersey, New Mexico, Pennsylvania, Rhode Island, Vermont and Washington — 10 Democrats and Republican Kim Wyman of Washington, an ardent supporter of voting by mail.

On Thursday, the president suggested in a tweet that the election should be delayed, his latest broadside in what he claims will be a "rigged" election because of more Americans voting by mail.

Colorado switched to (nearly) all-mail ballots because of legislation pushed through by Democrats in 2013 then administered until last year by Republican secretaries of state Scott Gessler and Wayne Williams.

She cited a Brennan Center for Justice estimate that states need $2 billion to $4 billion "to ensure free, fair and secure elections continue amidst the coronavirus pandemic," though supporters of mail-ballot elections in Colorado has stressed the savings they provide.

A March relief package provided $400 million to help states with election. The package passed by the Democratic-led House in May included another $3.6 billion. Republicans who hold the majority in the Senate have not been able to pass a version of the bill, partly because of disputes with the White House.

Jena Griswold pushes back on Trump in fundraising email

Secretary of State Jena Griswold sent an email to her reelection donors Tuesday telling them President Trump is committing an "assault to our democracy" when he badmouths mail ballots.

U.S. Rep. Jason Crow of Aurora is one of the House Democrats calling for veterans, like him, to rally around voting by mail.