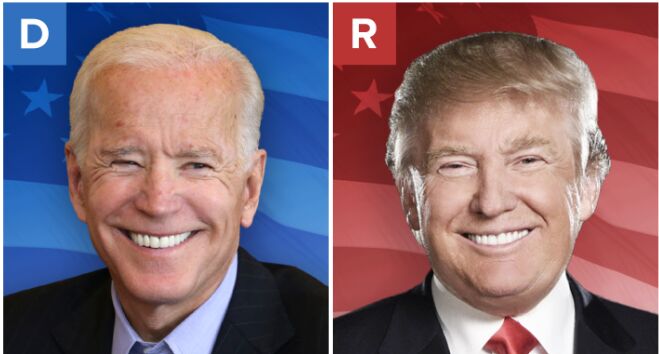 With just weeks until ballots are counted, Colorado's electoral votes appears to be moving out of reach for President Donald Trump, who trails former Vice President Joe Biden by 10 percentage points among likely state voters, according to a new poll conducted for Colorado Politics and 9News.

Released Thursday, the survey was conducted Oct. 1-6 by national polling firm Survey USA using online interviews. It found Biden leading Trump 50% to 40%, with 5% choosing another candidate and just 4% saying they're undecided, at a credibility level of plus-or-minus 3.9 percentage points.

Biden, who has led Trump for more than a year in every publicly released survey of Colorado voters, performs especially well with the state's self-described independents, who pick the Democrat by a 20 percentage-point margin.

"Trump's repeated attempts to court suburban women by telling them that suburbia will cease to exist in a Biden administration do not appear to be playing well," the pollsters said, pointing to Biden's 23-percentage-point lead among suburban women.

A majority of Coloradans disapprove of Trump's handling of the coronavirus pandemic, with 58% of likely voters giving the Republican thumbs down on the question — including 45% who say they "strongly disapprove" — and 39% saying they approve of his response.

That compares with 61% of the state's likely voters who say they approve of Gov. Jared Polis' response to the coronavirus, and 31% saying they disapprove.

Trump, who lost the state to Democrat Hillary Clinton four years ago by about 5 percentage points, is underwater with Colorado voters. A majority of 56% hold an unfavorable view of the incumbent president, with 41% reacting favorably, while Biden's positive and negative ratings are even, at 48% each. (The credibility level for this question, which was asked of all registered voter, is plus-or-minus 3.7%.)

The pollsters said Trump didn't enjoy a boost in support following his late-night announcement on Oct. 1 that he had tested positive for COVID-19, or his hospitalization and triumphant return to the White House days later. Biden led Trump by 9 percentage points in interviews conducted before the news broke, and the Democrat increased his lead to 10 percentage points after.

Biden holds a slight lead among likely voters 50 and older, 47% to 46%, but pulls 19 percentage points ahead among younger voters, 54% to 35%. Similarly, Biden holds a modest 48% to 43% lead with white voters but leaves Trump far behind with Hispanic voters, who prefer the Democrat 56% to 35%.

Trump has the support of 89% of Republicans, slightly behind the 92% of Democrats who say they'll back Biden. A higher number of self-described conservatives prefer Biden than liberals who say they pick Trump, however, with Biden getting 13% from the right and Trump getting just 6% from the left. Moderates, who make up the largest share of likely voters, break 51% to 34% for Biden.

Trump leads Biden in the Colorado Springs region by 9 points, and the two run nearly even in Western Colorado, but Biden picks up a 21-percentage-point lead in the Denver metro area, where more than half of state residents live.

Asked to pick which of four issues was most important for this year's election, half of Colorado voters said it was the economy, roughly one-fifth said law and order and one-fifth said social justice. A small portion, just 5%, said energy topped their list of concerns.

Among those saying the economy matters most, 48% support Trump and 42% support Biden, though voters were more evenly split on which candidate would be best for the economy, with 45% saying Biden and 46% Trump.

Trump leads among law and order voters 70% to 23%, though Biden holds a significant lead, 50% to 41%, when asked which candidate voters feel would keep them safer.

Biden leads 83% to 10% with those who said social justice was their top concern. The Democrat holds a 74% to 10% advantage over Trump with energy voters.

While neither presidential campaign has treated Colorado as the battleground state it once was, the Trump campaign has mounted a broad organizing effort on the ground, insisting the state's nine electoral votes are in play. The Biden campaign, meanwhile, has been producing a steady stream of virtual events to rally Colorado voters but recently redirected advertising from the state.

Ballots start going out in the mail to Colorado voters on Friday. They're due back to county clerks by 7 p.m. Nov. 3.

The survey was conducted with 1,300 adults in Colorado. Of those interviewed, 1,109 said they are registered to vote in Colorado, and 1,021 of them were identified as likely to return a ballot by Election Day. Respondents were weighted to U.S. Census targets for gender, age, race, education and home-ownership, the pollsters said. 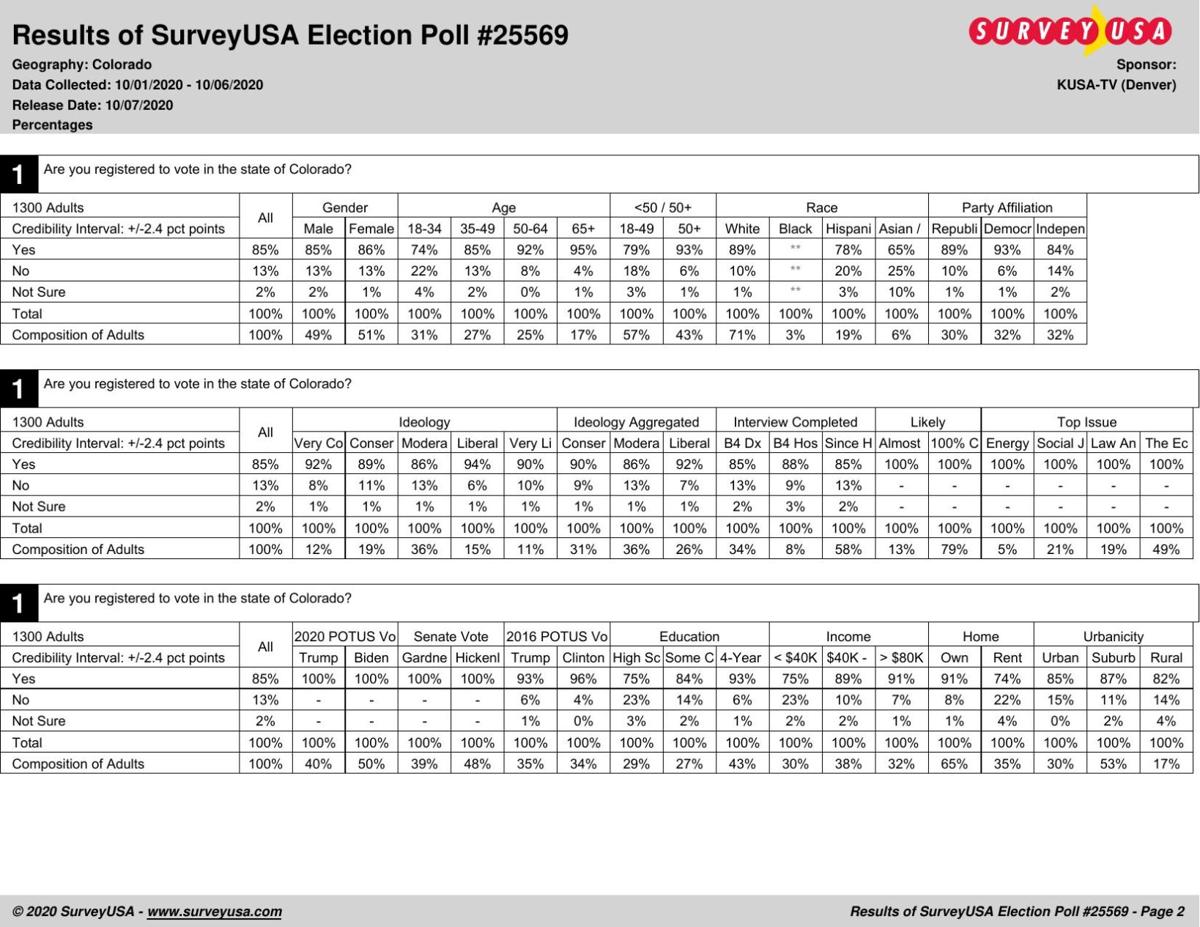 Joey Bunch: "The clock is the enemy of President Donald Trump and U.S. Sen. Cory Gardner, and every second Republicans spend talking about Hunter Biden is less time they have to make the case to keep running the country."

The results, which carry a credibility level of plus-or-minus 3.9 percentage points, suggest the former two-term governor has withstood months of attacks over violations of a state gift ban with a state electorate poised to reject President Donald Trump and his close ally Gardner.