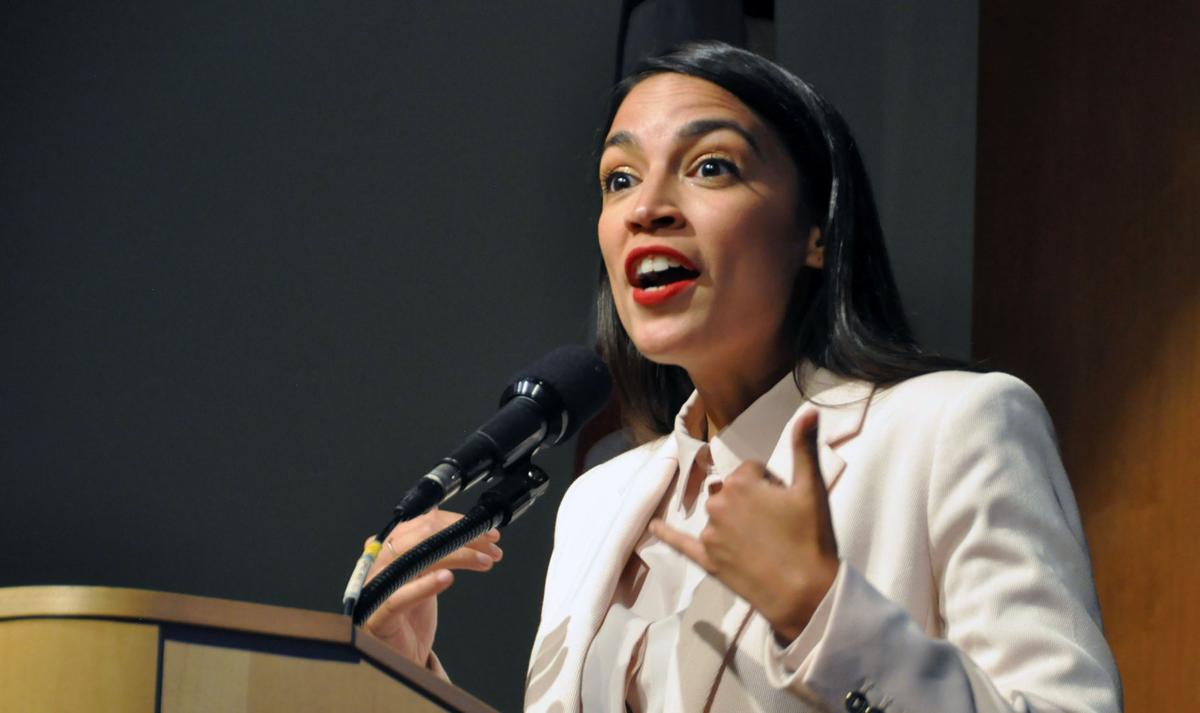 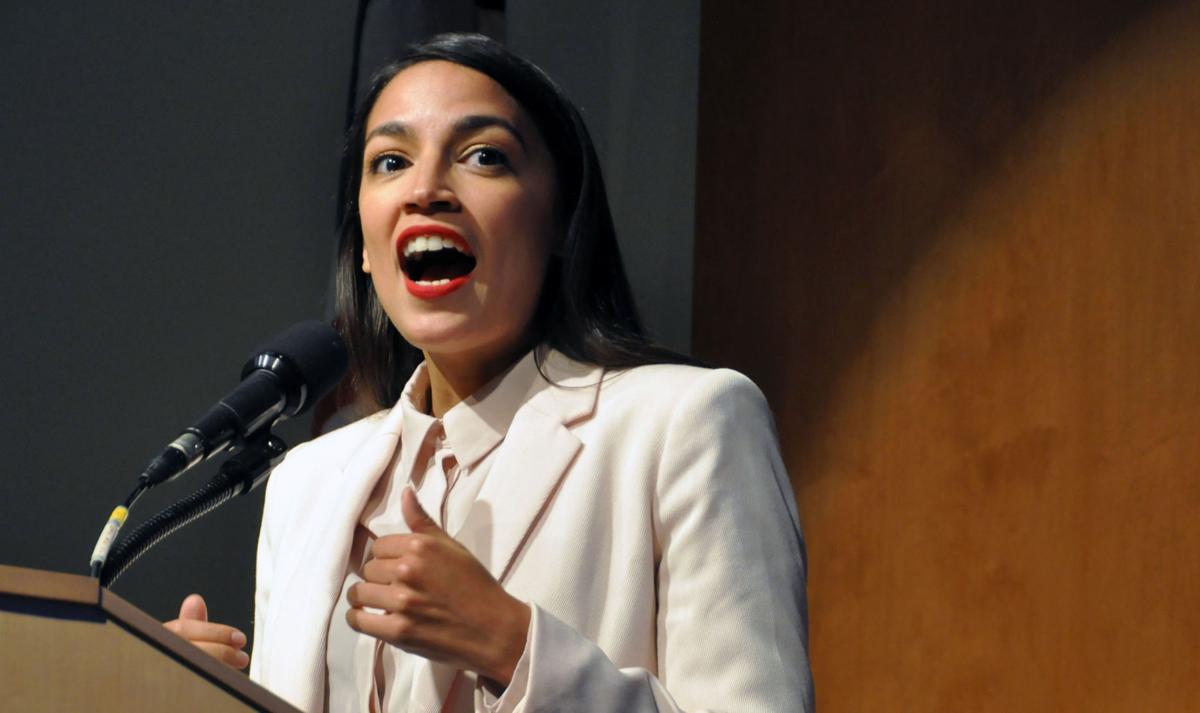 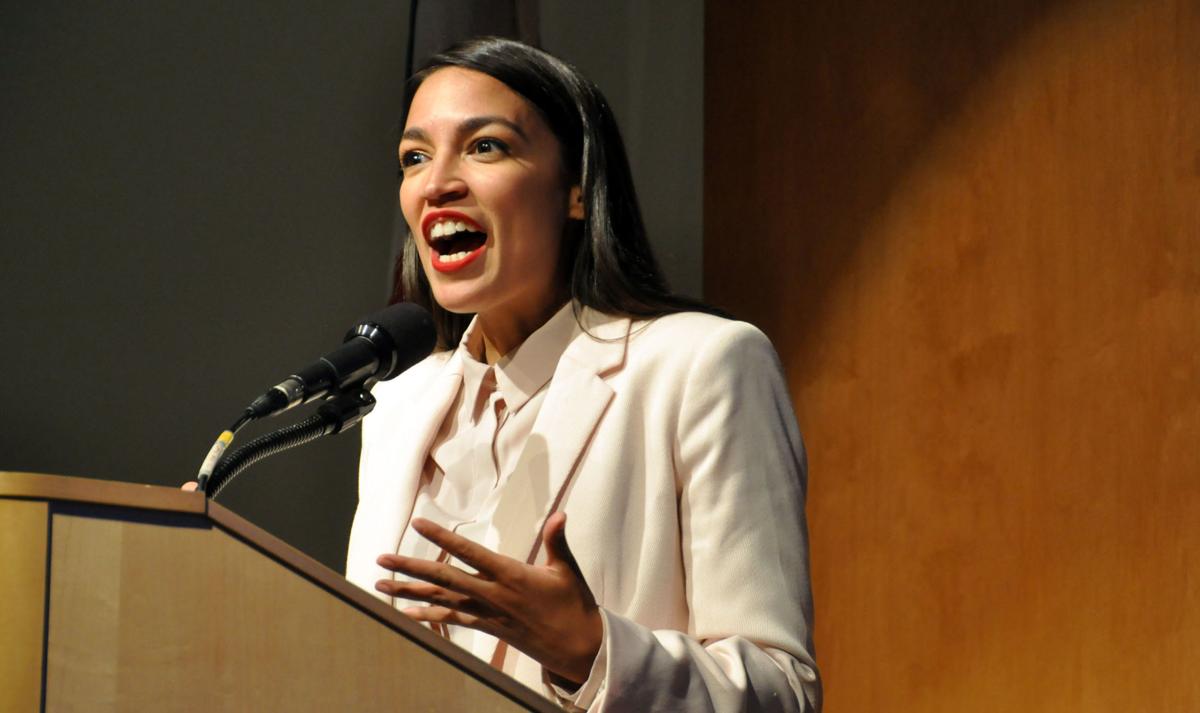 BOULDER • U.S. Rep. Alexandria Ocasio-Cortez, a progressive firebrand and sponsor of the Green New Deal, said that Democrats need to return to the party's roots at a sold-out fundraising dinner Saturday night on the University of Colorado campus.

Ocasio-Cortez, widely known as AOC, invoked former President Franklin Roosevelt, the father of the Depression-era New Deal and another New Yorker known by his initials, several times during her 20-minute speech, which was interrupted numerous times by applause from the roughly 1,000 attendees at the 44th annual fundraising Truman dinner for the Boulder County Democratic Party.

If Democrats want to "live up to our values," she said, "we are going to have to become a stronger party, a braver party and a more innovative party. We need to earn the right to represent people in this country. The way that we do that as a party is to come home to our FDR roots as a party. We need to come home and make sure that the Democratic Party is the progressive party once more."

She added: "What is there to fear? There is nothing to fear except inaction. The only thing we should be scared of is our future if we do nothing."

Ocasio-Cortez, who was working as a bartender last year when she unseated a 10-term Democratic incumbent in a primary, said she was impressed with the activism and results she saw among the Boulder Democrats, including fellow freshman U.S. Rep. Joe Neguse, D-Lafayette, who introduced her as proof that "hope is as contagious as it has ever been."

"Back home, I had to fight against my own party to get a shot. It should not be as rare as it is that a working person can get elected to Congress," Ocasio-Cortez said.

Ocasio-Cortez called on Democrats to "change who we are as a party."

Earlier in the day, Ocasio-Cortez and Neguse held a town hall about climate change at Boulder High School and visited Ingrid Latorre, a Peruvian immigrant who is taking sanctuary in a Boulder church as she fights a deportation order. They also met with Broomfield residents who say nearby drilling operations are affecting their health.

Yessica Holguin, a Denver Democrat, said after the dinner that she was inspired by Ocasio-Cortez.

"It is our responsibility not just to make this a better place but a good place to live," she said. "For so long, we have been so afraid to be progressive and be bold. We need to build an economy that works well. We know that we need to make it happen — it's about action today."

The Colorado spokesman for the Republican National Committee lobbed some criticism toward Ocasio-Cortez and Andrew Romanoff, one of nine Democrats running in next year's primary for the Colorado U.S. Senate seat held by Republican Cory Gardner.

The two Democrats' support for the sweeping Green New Deal proposal to combat climate change "would send energy costs skyrocketing for working families and eliminate hundreds of thousands of jobs in Colorado," said Kyle Kohli in a statement.

Kohli was echoing advertising from the campaign arm of the national Senate Republicans, who paid for a mobile billboard that drove around outside the fundraiser displaying a message that Ocasio-Cortez and Romanoff are "one and the same."

The Senate Republicans' national campaign arm is welcoming U.S. Rep. Alexandria Ocasio-Cortez, D-New York, to Boulder this weekend with advertising linking the progressive rockstar to one of the Democrats running for Colorado's U.S. Senate seat.

On your left: Fearing the next AOC, US House Democrats in Colorado, other states hoard campaign cash

Somewhere out there, the next Alexandria Ocasio-Cortez lurks. So wary House Democrats are amassing campaign war chests to scare off progressive upstarts.

U.S. Rep. Ken Buck of Windsor had a colorful description of Democrats who want to impeach Pr…

Unseating a congressional incumbent is a primary challenge.

TRAIL MIX | Latest sign of McCaskilling in the Rockies

Republicans are trying to brand the Democrats as harebrained liberals ready to drive the country off a cliff toward full-blown socialism.

INSIGHTS | Motion sickness ahead from the Colorado spin cycle

Politics is more about the spin than the gravity.

The University of Denver will host a bipartisan panel of experts to prognosticate on Colorado politics on Oct. 8.

The sum places him well ahead of many lower-tier candidates in the Democratic primary, but But it lags behind what Bernie Sanders raised by more than $10 million.