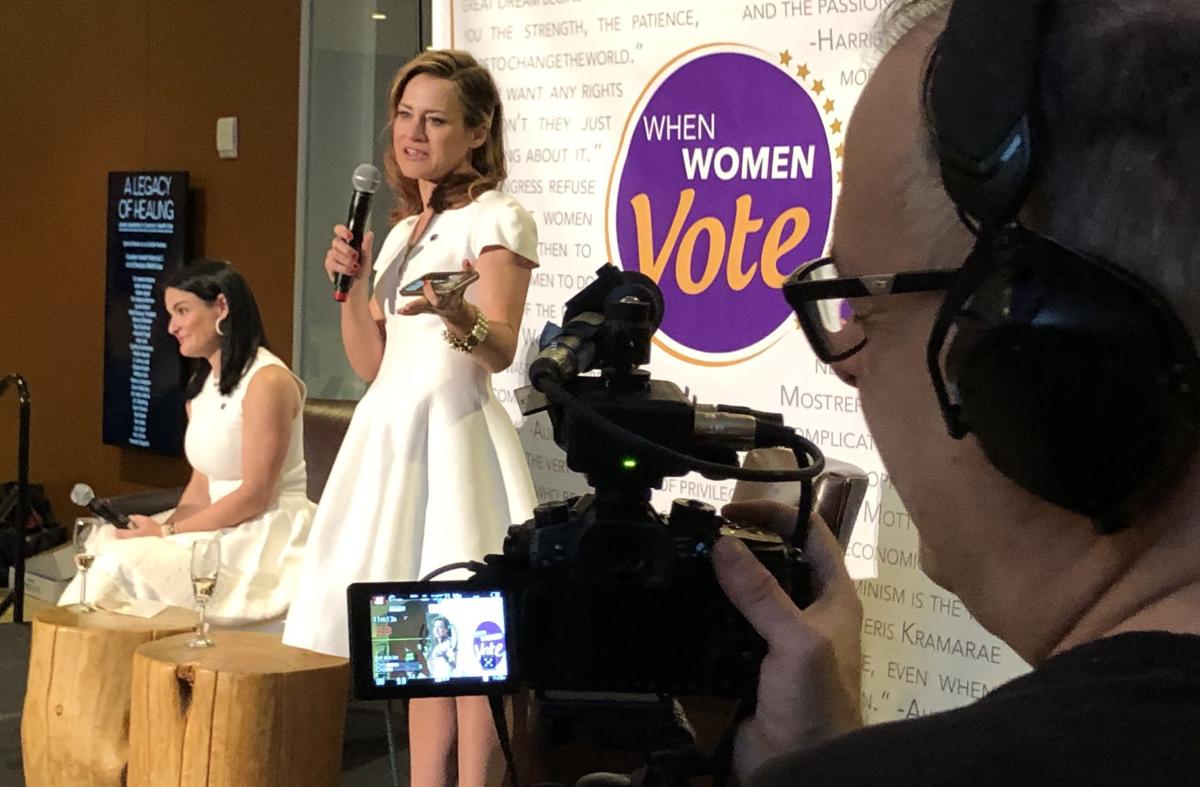 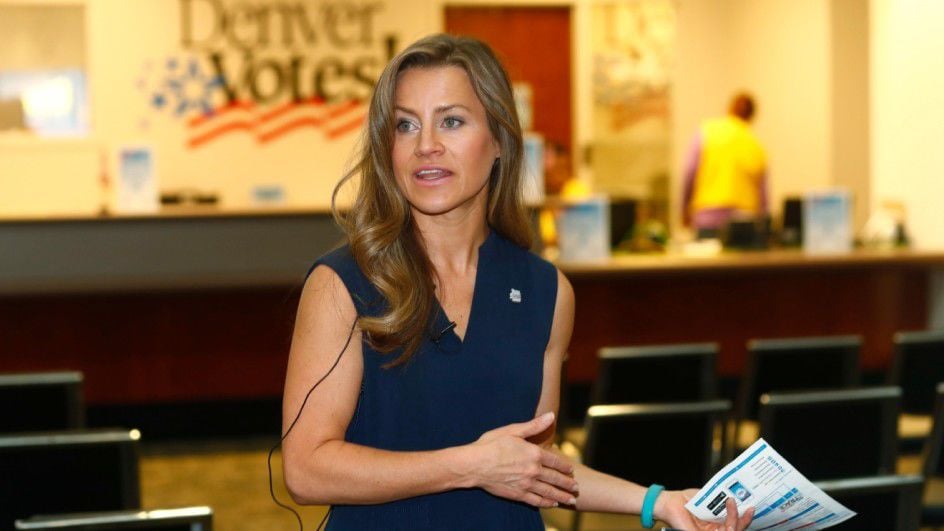 Amber McReynolds, then director of elections for the City and County of Denver, talks during a media tour of the Denver Elections Division headquarters Oct. 28, 2016. (AP Photo/David Zalubowski, file)

Amber McReynolds, then director of elections for the City and County of Denver, talks during a media tour of the Denver Elections Division headquarters Oct. 28, 2016. (AP Photo/David Zalubowski, file)

Amber McReynolds, Colorado Politics can report, has gotten much bigger than Denver.

The city's former elections leader is the subject of a spread this week in the prestigious magazine (that President Trump covets) as "the country’s most outspoken evangelist for voting by mail," and a guru to other states trying to figure it out for the first time this year because of the pandemic.

Some of the credit for Colorado’s progress goes to Denver’s longtime elections director, Amber McReynolds. She helped inspire and usher in wide-ranging advances and innovations during her lengthy tenure.

She's fought that fight this year in the face of a president telling the country the election process with mail ballots is rigged, but she's known political battles closer to home.

"McReynolds’ 15-year career in elections had also prepared her for this moment," explained Time reporter Abigail Abrams. "As Denver’s director of elections for most of the last decade, she helped shape Colorado’s system into one of the leading vote-by-mail programs in the country."

The rise of her profile was easy to chart. She left the city in 2018 to lead the National Vote at Home Institute.

In February, she released a book, "When Women Vote," she co-authored with her friend Stephanie Donner, John Hickenlooper’s chief legal counsel when he was governor.

INSIGHTS | 'When Women Vote' tells the story of a nation

Joey Bunch: "Flip to almost any page [of 'When Women Vote'], and there's something you probably didn't know ... . It lays out the issues in simple language: fair maps, voter registration, ballot-delivery options and primary election reform among them. Women tend to be better collaborators, according to research."

In March, the National Vote at Home Institute, published the first national guide to help election officials in states across the country figure out the mechanics and policy practicalities of vote-at-home, vote-by-mail and absentee options, with specific recommendations for 30 issues they might encounter.

In 2018, Governing magazine named her one of the 10 best public officials in the country, but Governing, now out of business, isn't Time.

Like the largest bloc of Colorado voters, McReynolds, still a Denverite, is unaffiliated.

“I believe in my heart of hearts that election administration must be free from partisan politics,” McReynolds told the venerable magazine.

Colorado finds ways to be the "cool floor of the dorm" on policy.

When Governing magazine looked around the country for the best public officials, it found se…

INSIGHTS | Colorado beat the Russians at its election games

When Wayne Williams became Colorado’s secretary of state in 2015, election experts didn’t talk all that much about hackers and Russians.

A potential candidate being sized up by insiders to run for Denver city clerk next year, then possibly higher office has her own plans.

Mother's Day reminds Colo. politicos who made them special

We reached out to Colorado politicos to find out what lessons on life they learned from the woman who gave them life.

Joey Bunch: "If you care about elections and democracy beyond what you glean from a Facebook meme, the next week is the time to plug into fact, even if it's not as sinister as fiction."

McReynolds is considered one of the nation's experts on vote by mail. An October profile in TIME called her "the country’s most outspoken evangelist for voting by mail," and a guru to other states trying to figure out vote by mail for the first time in 2020 because of the pandemic.